Wolkins: Warsaw artists work to be showcased at the Statehouse 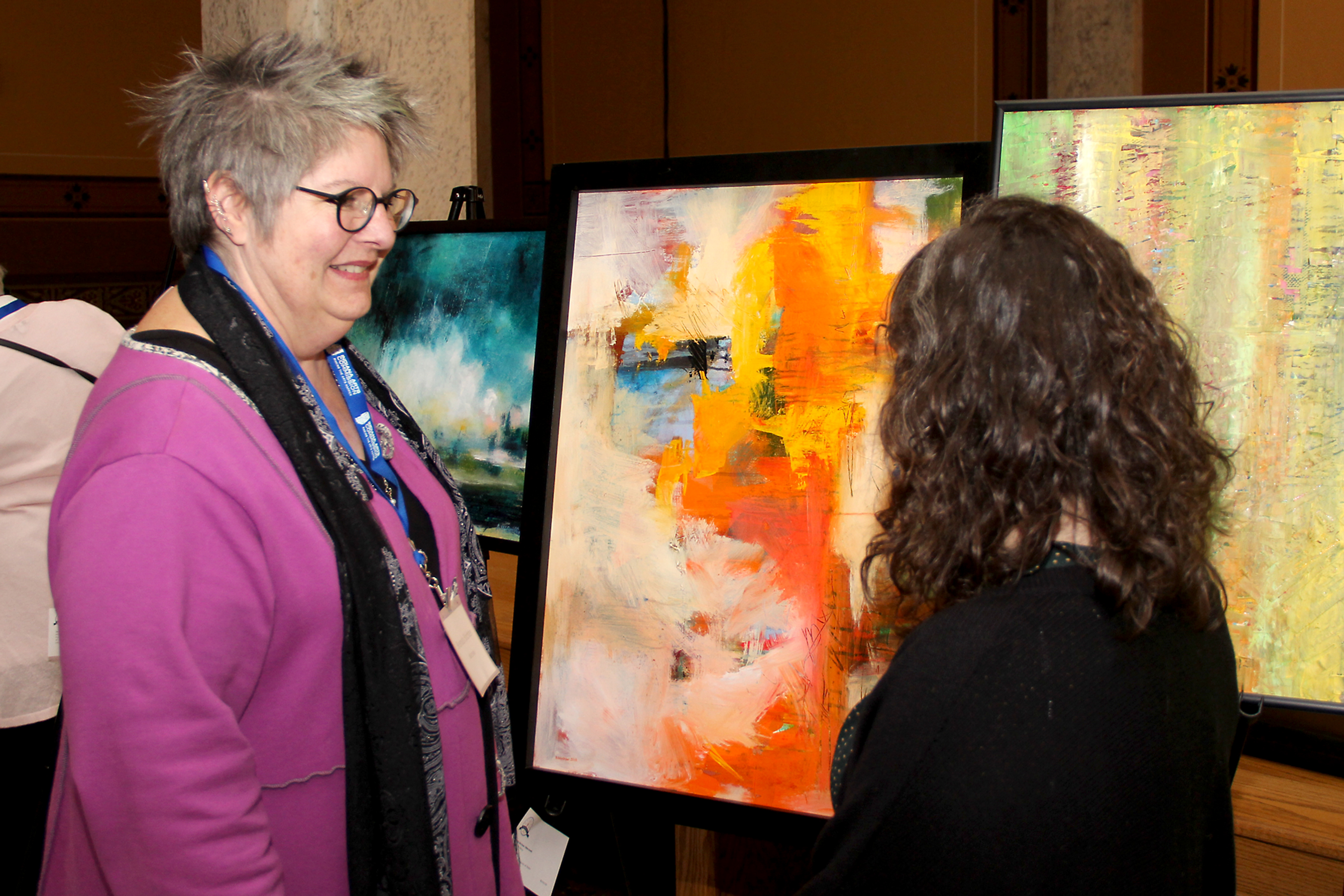 STATEHOUSE (March 21, 2019) – Artwork by local artists will soon be displayed at the Statehouse, according to State Rep. David Wolkins (R-Warsaw).

Stephanie McDairmant and Brenda Stichter, both of Warsaw, were selected to have their artwork decorate the Statehouse as part of Lt. Gov. Suzanne Crouch’s Hoosier Women Artists initiative. Thirty-three pieces of art were chosen out of more than 220 entries this year.

“Both of these artists have been selected once before for this award, and their talent certainly continues to shine through,” Wolkins said. “Being able to return as winners is no small task given the amount of competition seen each year. Warsaw enjoys a small, but rich selection of Hoosier artists, and this pair certainly represents that group well.”

McDairmant’s acrylic painting titled, “Aslan and the Dragon,” will be displayed in State Treasurer Kelly Mitchell’s office and marks the second consecutive year a piece of her work has been selected. Last year, her black and white acrylic painting, “Energy,” was chosen and hung in the same office.

“This is validation that where I’m going with my art is the right direction, and that it’s something that can be enjoyed by lots of people,” McDairmant said.

Having worked primarily in black and white the first six months she painted, McDairmant said this piece is “bright” and “in your face.”

“This is one of the first bright-colored looks that I did,” McDairmant said. “Just like the story in ‘The Voyage of the Dawn Treader’ by C.S. Lewis, it is right there for you to see.”

McDairmant said being able to come to Indianapolis and network with other statewide artists only enhances the excitement of being chosen. Having her work seen throughout the year by the many people visiting the Statehouse complements the whole experience.

“It is fascinating, and I appreciate so much the opportunity to get to actually come down here and see my work in the place where people work for us, and to have it seen by so many people,” McDairmant said. “It’s just a blessing.”

Stichter’s artwork has also been selected for a second time with her last win coming in 2016. Her work titled, “Full of His Glory,” will also be displayed in the state treasurer’s office.

“It’s always great to get some encouragement and some verification that you’re doing something that’s worthwhile,” Stichter said. “I really appreciate the chance to be able to make my statement where it can make an influence, and it can be seen by a lot of people.”

Inspired from a Bible verse in The Book of Isaiah, Stichter said the details in the acrylic painting are what make the piece intriguing.

“There are places where it almost looks like you’re looking through a window into something that’s way far beyond,” Stichter said. “There are parts when I represent God Himself, and there are some little areas where it’s almost like lettering, which to me kind of represents man and culture. I kind of tie all those things together in this piece.”

McDairmant, Stichter and other artists were honored during the Statehouse ceremony Wednesday, March 20, 2019, as a part of Women’s History Month.

CAPTION: Brenda Stichter (left) of Warsaw speaks with her daughter before the 2019 Hoosier Women Artists awards ceremony on Wednesday, March 20, 2019, at the Statehouse in Indianapolis. Stichter’s acrylic painting, “Full of His Glory,”, will hang for one year in State Treasurer Kelly Mitchell’s office.