Wolkins: North Manchester artist's work will be on display at the Statehouse 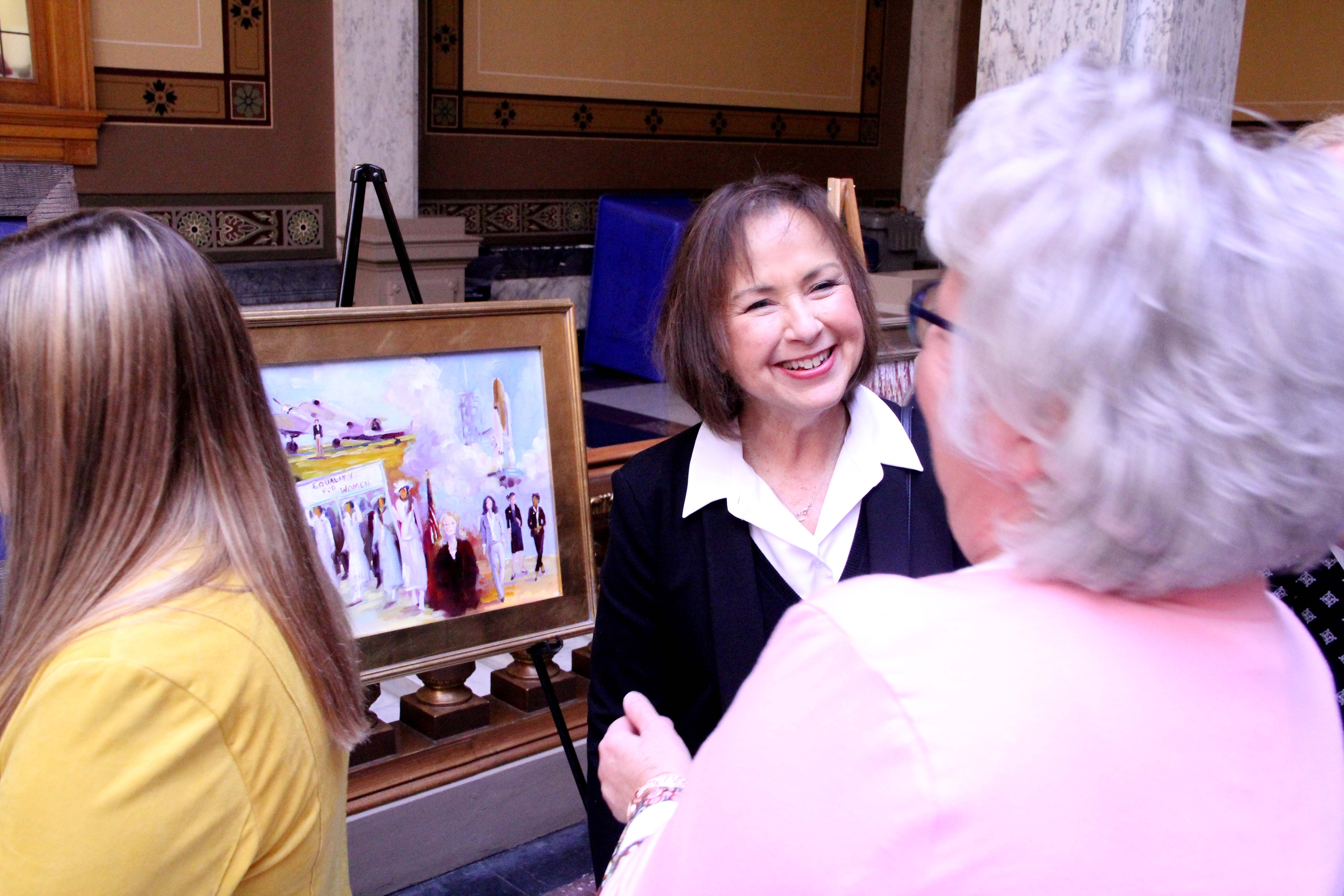 STATEHOUSE (March 9, 2020) – Artwork by a local artist will soon be displayed at the Statehouse, according to State Rep. David Wolkins (R-Warsaw).

Penny French-Deal of North Manchester was selected to have her artwork decorate the Statehouse as part of Lt. Gov. Suzanne Crouch and Treasurer Kelly Mitchell's Hoosier Women Artists initiative. Forty-six pieces of art were chosen out of more than 112 entries this year.

“I'm impressed with Penny's works throughout the years of this contest,” Wolkins said. “She consistently enters amazing pieces, and this year is no different as she perfectly captured the theme of celebrating women with the commemoration of the women's suffrage centennial anniversary."

French-Deal’s work, titled “Paving the Road,” will be displayed in Crouch's office. It was chosen over the other works of art for the front and back cover of this year's awards program.

Wabash County provides much inspiration for French-Deal’s works of art, but this year she focused on the 100th anniversary of the Indiana women's suffrage movement. French-Deal chose specific moments in history honoring women, from the march for equality to Amelia Earhart and her plane to recognizing the first woman in space with a depiction of the space shuttle, and finished with a woman judge in front of the American Flag.

"My painting went with the theme this year of women's suffrage but also celebrating the accomplishments of women," French-Deal said. "The thought process goes maybe a couple of weeks and then moves to some sketches. This painting was done wet on wet, so I had to finish rather quickly, within a couple of days."

French-Deal’s artwork has been selected to hang in the Statehouse as part of the artist’s initiative four times now.

"It's great to be selected this year," she said. "I haven't entered every year, but it's nice to have been here four times now. It's energizing and exciting. To be here and doing this on this level is a wonderful experience."

French-Deal and other artists were honored at a Statehouse ceremony Wednesday, March 4, as a part of Women’s History Month.

CAPTION: Penny French-Deal (center) of North Manchester speaks with another artist after the 2020 Hoosier Women Artists awards ceremony on Wednesday, March 4, 2020, at the Statehouse in Indianapolis. French-Deal’s piece, “Paving the Road,” is an oil painting on Belgian linen, and will hang for one year in Lt. Gov. Suzanne Crouch’s office.