STATEHOUSE (Dec. 8, 2017) — The Office of Community and Rural Affairs presented awards to the towns of Roann and Wabash on Wednesday afternoon at the 2017 OCRA Awards Ceremony held at the Indiana Statehouse, according to State Rep. David Wolkins (R-Warsaw).

OCRA awarded Roann a Blight Clearance Program Grant in the amount of $350,000 and distributed $200,000 to Wabash utilizing the Historic Renovation Grant Program.

“These grants will help both the Roann and Wabash communities move forward on some much-needed projects,” Wolkins said. “The old Roann School is a building that poses a possible safety risk to its community. It can now be demolished and historic buildings in Wabash can be preserved.”

According to OCRA, the Blight Clearance program encourages Indiana communities with blighted properties to focus on long-term community development and revitalization through improving quality of place, generating jobs and spurring economic revitalization. Eligible projects to receive grant funding through the Blight Clearance Program are deteriorated or abandoned downtown buildings or vacant and unusable industrial sites.

Awarded to the Wabash Marketplace, the Historic Renovation Grant Program funds will be used to renovate the Bedford and Bradley buildings in downtown Wabash. The grants will be distributed separately in two $100,000 allocations.

“These two buildings add a historic richness to downtown Wabash,” Wolkins said. “It would have been a shame to lose them to the elements or even demolition.”

The Historic Renovation Grant Program is in place to preserve and rehabilitate historic properties in order to further incentivize downtown economic development.

OCRA announced almost $26 million in federal grant funding was awarded to rural Hoosier communities this year. For more information on OCRA and these awards, visit www.in.gov/ocra/.

all of Wabash County, and portions of Grant, Kosciusko and Miami counties.

A high-resolution photo of Wolkins can be downloaded by clicking here. 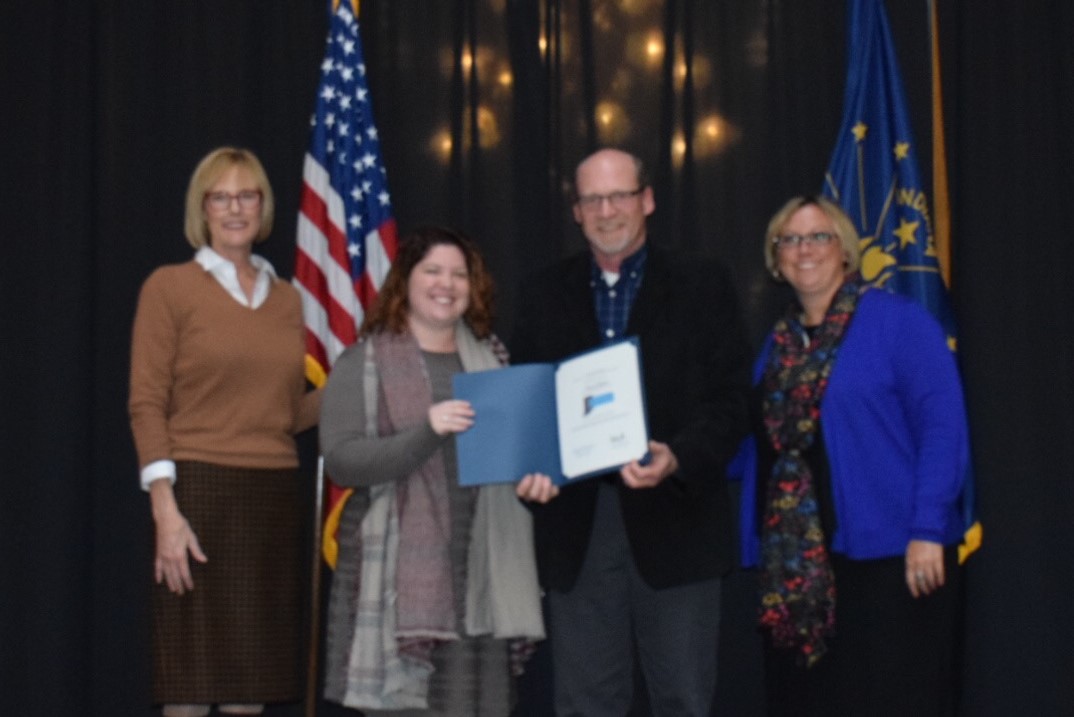 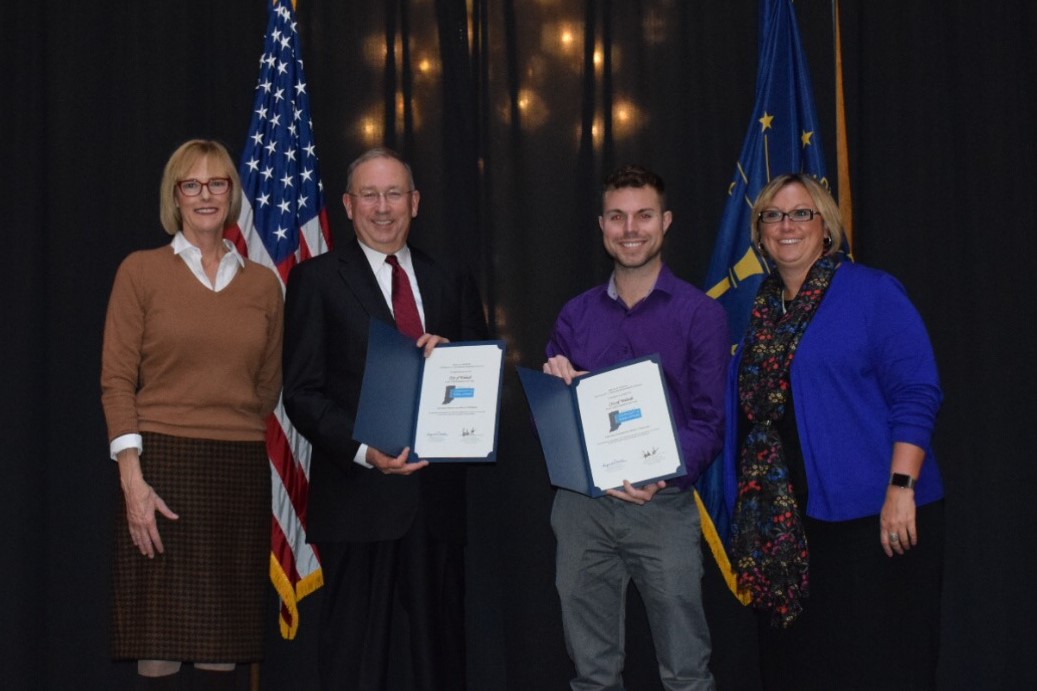 Lt. Gov. Suzanne Crouch (left) joins Wabash officials and Indiana Office of Community and Rural Affairs Executive Director Jodi Golden (right) at Wednesday’s Statehouse ceremony in which Wabash was awarded a grant to help clear with the historic renovation of two of its downtown buildings.