“My bill would provide prosecutors an additional tool to sentence the most egregious drug dealers for longer periods of time and keep them off our streets,” Steuerwald said. “Indiana is facing a drug crisis and I remain committed to keeping the most serious offenders off our streets.”

House Bill 1235 would allow prosecutors to consider an offender’s criminal record when determining appropriate penalties for a subsequent drug-dealing conviction. If an individual has a prior conviction of distributing synthetic drugs, cocaine, heroin or meth the punishment will be more severe.

Steuerwald’s legislation also stipulates that a Level 2 conviction of dealing controlled substances may not be suspended by the court. According to Indiana Code, a Level 2 violation for dealing a controlled substance is defined as selling an amount greater than 10 grams or in the range of  5-9 grams when accompanied by an enhancing circumstance.

Steuerwald’s proposal will now move to the Senate for further consideration. 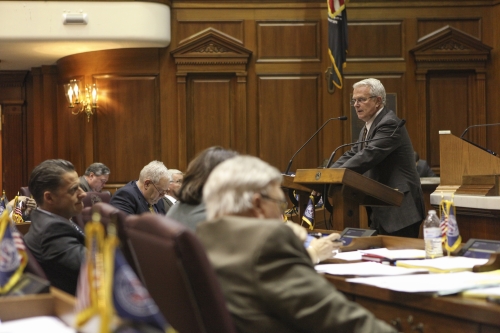