“Many issues emerged during the 2018 election in Porter County, including the delayed opening of 12 polling places and the complete disorganization of early and absentee ballots,” Soliday said. “By restructuring the board of elections and putting protocols in place, we can prevent the same collapse from happening during future elections.”

Under this legislation, the number of officials on the Porter County Election Board would increase from three to five, all absentee and early voting ballots would be counted at a central location, and all employees would be subject to the rules in the county employee policy manual.

Soliday said after reviewing the issues that emerged in the 2018 Porter County election, he discussed potential solutions with local officials from both parties and the secretary of state’s office. He said those discussions resulted in this legislation.

“This board structure has received tremendous support from state and local officials,” Soliday said. “The new organization would be more accountable and efficient, and provide more clarification for voters and the board.” 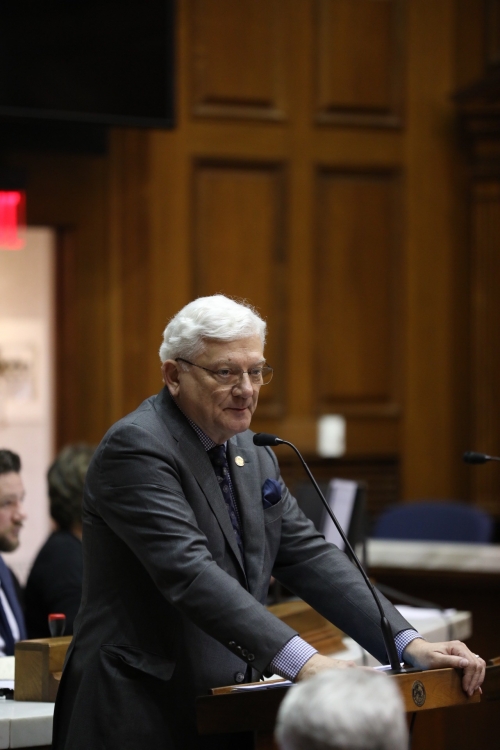 PHOTO CAPTION: State Rep. Ed Soliday (R-Valparaiso) presents his legislation to improve Porter County elections on Tuesday, Jan. 29, 2019, at the Statehouse. Soliday’s bill, which received unanimous support in the House, can now be considered by the Senate.