Electric bicycles are equipped with motors to assist cyclers as they pedal. Since these bicycles and other electric transportation devices have become increasingly popular, Soliday said legislation is needed to outline safety requirements for users and manufacturers.

“Electric bicycles provide Hoosiers a healthy and convenient alternative for transportation,” Soliday said. “As we see more of these bicycles on streets and trails across the state, we want to ensure the safety of riders and pedestrians. By putting a few commonsense guidelines in place, we can help keep Hoosier riders safe.”

Soliday’s legislation would require manufacturers to display a label on each bicycle including information on the class, top speed and motor power, and to equip each bicycle with a motor that disengages when the user stops pedaling or applies the brakes.

Soliday’s proposal would also address specifications for Class 3 bicycles, which have more powerful motors and a top speed of 28 miles per hour. Because of their high speeds, Soliday said users must be at least 15 years of age to operate a Class 3 electric bicycle, and helmets must be worn by riders under the age of 18. It would also empower local authorities to determine where and when electric bicycles can be used. 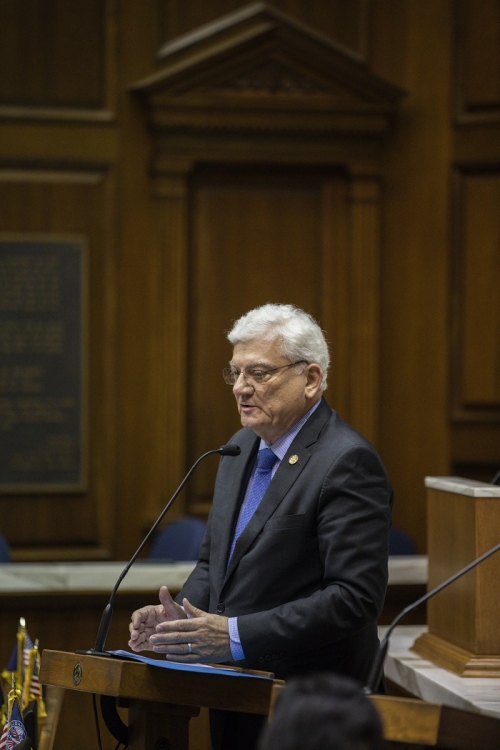 CAPTION: State Rep. Ed Soliday (R-Valparaiso) presents his legislation addressing electric bicycle safety Tuesday, Feb. 5, 2019, in the House Chamber. Under Soliday’s proposal, electric bicycle manufacturers would adhere to new safety requirements, and consumers would follow commonsense guidelines for bicycles with more powerful motors. After receiving a unanimous vote of support in the House of Representatives, the bill now moves to the Senate for consideration.