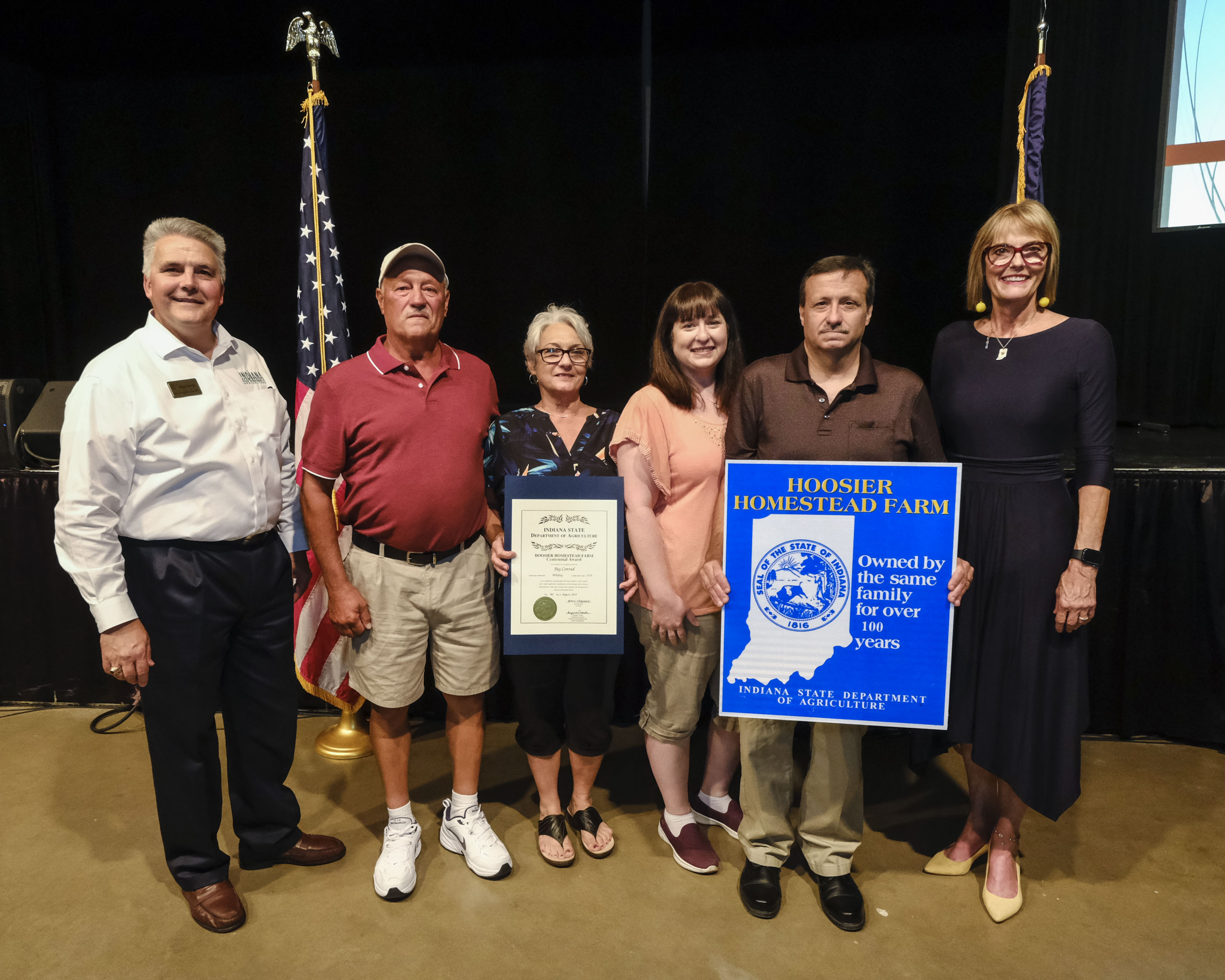 STATEHOUSE (Aug. 14, 2019) – Area legislators today announced the latest recipients of the Hoosier Homestead Award, which recognizes farms that have been owned and maintained by the same family for 100 years or more.

The Hoosier Homestead Award Program honors families that have made significant contributions to Indiana agriculture. The program, instituted in 1976, recognizes the impact these family farms have made to the economic, cultural and social advancements of Indiana. In the past 40 years, more than 5,500 farms have received the honor.

“Indiana has been, and remains, one of the top agricultural states in our nation thanks to farm families like these,” Judy said. “An overwhelming majority of our state’s farms are family owned and operated, handed down from generation to generation. While the modern-day farm may look very different than even 20 years ago, the values and ideals have not changed, and we have these families to thank for that.”

“Family farming is much more than a business. It’s a lifestyle, and not one for the faint of heart,” Wolkins said. “Maintaining a farm is one thing, but maintaining a business reliant on Mother Nature’s cooperation is a completely different story. To do both for over a century, is a mighty impressive feat.”

“Indiana is the 10th largest farming state in the nation, and we could not have earned this title without our farmers who have worked relentlessly in various weather conditions to provide our communities with fresh food,” Zay said. “Showing appreciation to local farmers is important, and I extend my gratitude to the Fay Conrad, Floor and Schenkel farms for their contributions to the Hoosier state.”

To be named a Hoosier Homestead, farms must be owned by the same family for at least 100 consecutive years and consist of more than 20 acres or produce more than $1,000 of agricultural products per year. The award distinctions are Centennial, Sesquicentennial and Bicentennial – for 100, 150 and 200 years respectively.

High-resolution photos of the award recipients can be found by visiting www.flickr.com/photos/isda_gov/albums or by clicking on the farm’s name above.

Note: Not all award recipients attended the ceremony at the fairgrounds

State Rep. Chris Judy represents House District 83, which includes most of Whitley County and a small portion of Allen County.