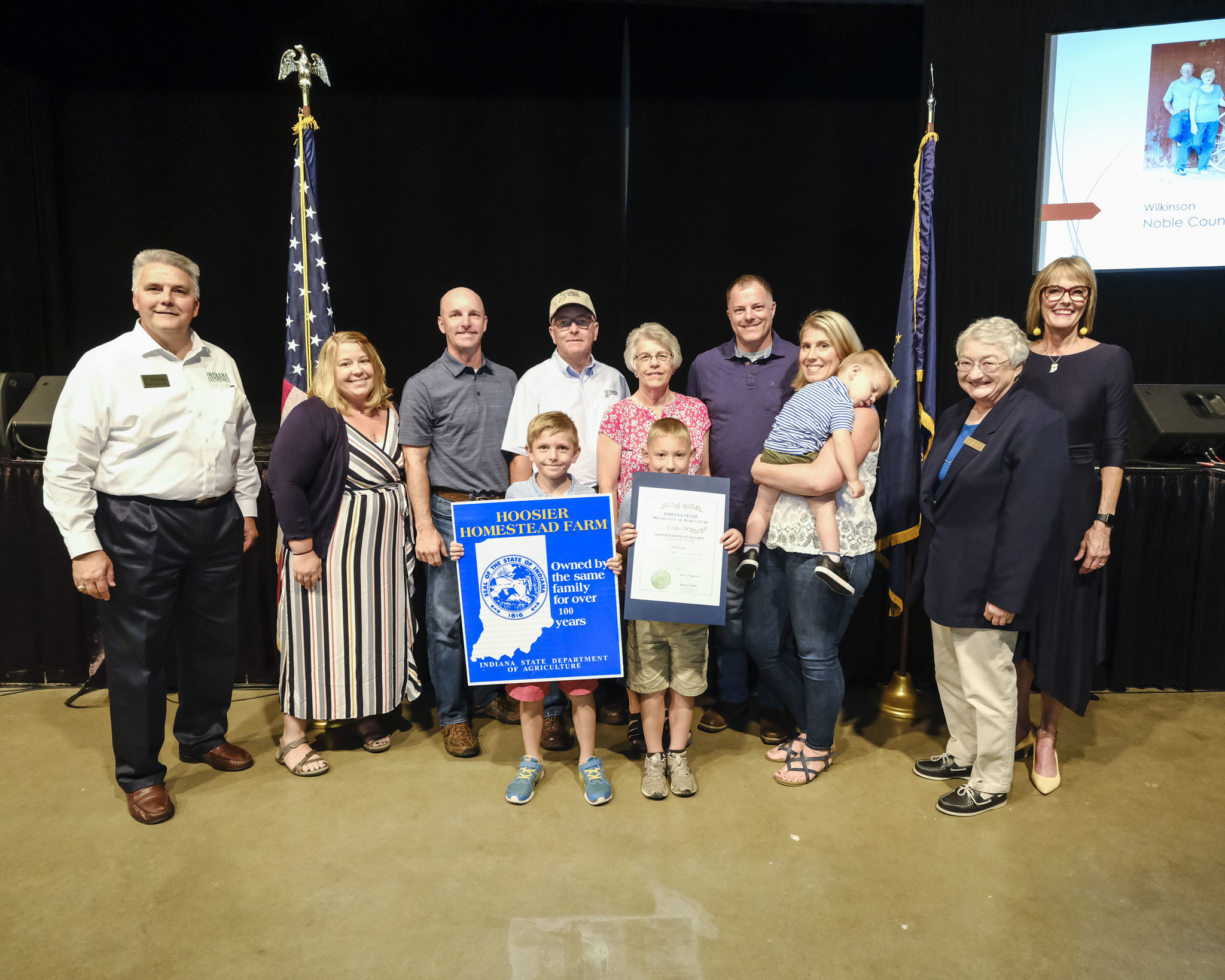 STATEHOUSE (Aug. 14, 2019) – Area legislators today announced the latest recipients of the Hoosier Homestead Award, which recognizes farms that have been owned and maintained by the same family for 100 years or more.

The Hoosier Homestead Award Program honors families that have made significant contributions to Indiana agriculture. The program, instituted in 1976, recognizes the impact these family farms have made to the economic, cultural and social advancements of Indiana. In the past 40 years, more than 5,500 farms have received the honor.

“Successfully maintaining a farm over several generations takes hard work, devotion to a certain type of lifestyle and serious commitment to the process,” Abbott said. “For these families being honored, farming isn’t a business, it’s a way of life. They deserve recognition for their efforts and should be proud of their accomplishments. I’m grateful they’re in our community.”

“As part of four generations of farmers, I know all too well the sacrifices made by agricultural families,” Heine said. “It’s not a normal career with set hours. It’s waking up at sunrise and going until the day’s work is complete, no matter the time. Maintaining that work ethic over a century and through several generations requires strong will and determination. I have enormous respect for these families.”

“These family operations help build a sense of identity for many in rural Indiana,” Zent said. “After 100 years or more of working the land, these farms are an essential part of our communities. They are more than deserving of such recognition, and I wish them many more successful years moving forward.”

“Indiana continues to hold strong agricultural ties in the midst of farming challenges year-to-year,” Glick said. “Congratulations to these families who continue to make our communities strong. Your dedication, hard work and contribution to Indiana does not go unnoticed.”

“It is incredible to see the product of something that has been in operation for more than a century,” Kruse said. “I am thankful for farmers like James and Deborah Roth who lead by example and teach us why agriculture is so important in our everyday lives.”

To be named a Hoosier Homestead, farms must be owned by the same family for at least 100 consecutive years and consist of more than 20 acres or produce more than $1,000 of agricultural products per year. The award distinctions are Centennial, Sesquicentennial and Bicentennial – for 100, 150 and 200 years respectively.

High-resolution photos of the award recipients can be found by visiting www.flickr.com/photos/isda_gov/albums or by clicking on the farm’s name above.

Note: Not all award recipients attended the ceremony at the fairgrounds