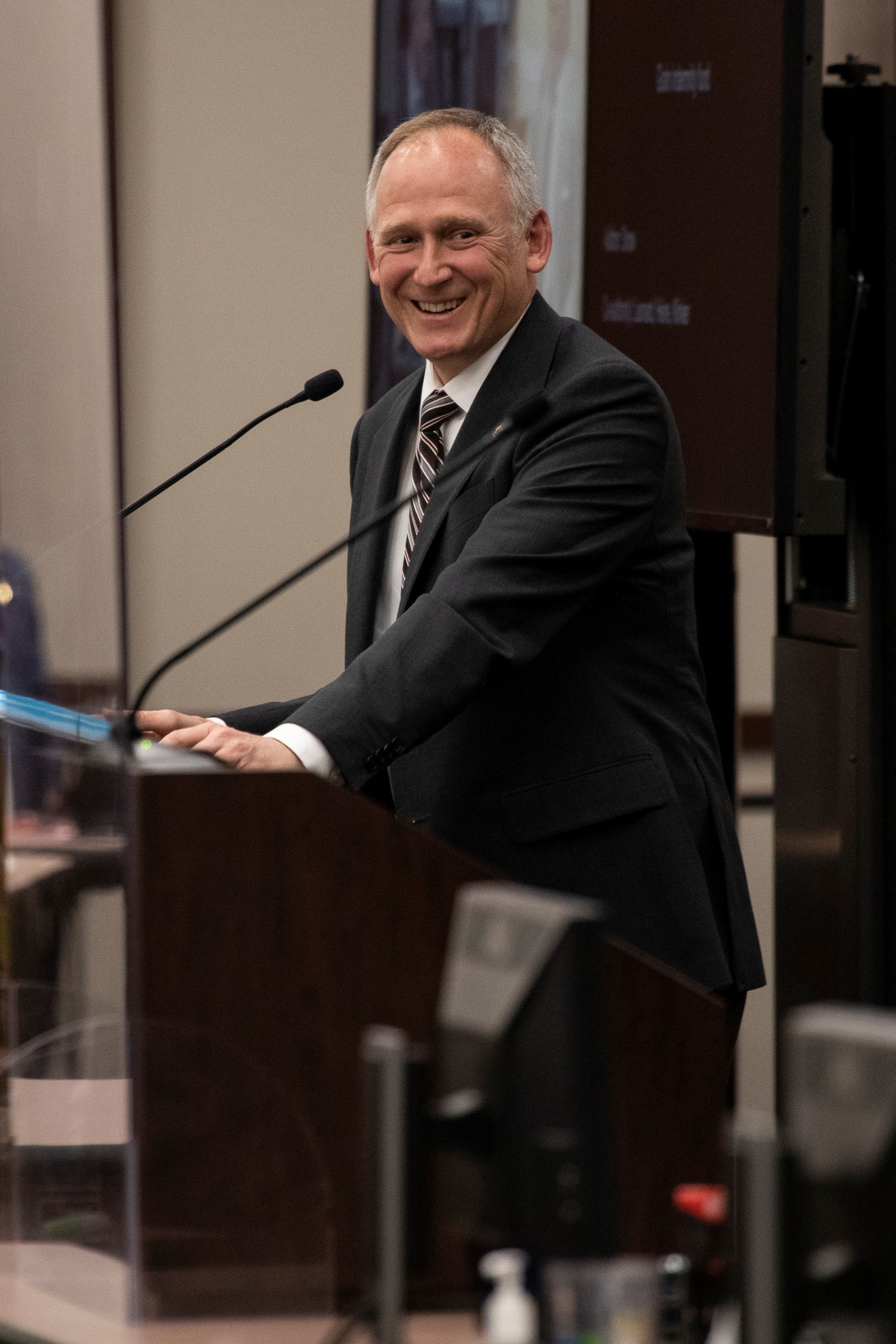 STATEHOUSE (Feb. 16, 2021) — The Indiana House of Representatives on Monday voted in support of legislation authored by State Rep. Craig Snow (R-Warsaw) to help protect Hoosier farmers when a grain buyer's operation fails leaving them without payment.

Snow, who works in the agriculture insurance industry, said farmers and grain buyers often enter deferred pricing agreements, also known as delayed payment agreements, so farmers can move and store their grain, and set a selling price at a later date. In the event a licensed grain buyer, grain bank or warehouse fails and is unable to meet the terms of the deferred pricing agreement, the Indiana Grain Indemnity Fund protects Hoosier grain farmers from financial losses. The Indiana Grain Indemnity Fund is supported by farmers with a 0.2% premium on the gross value of all grain marketed to licensed grain buyers. In the event of a licensed grain buyer failure, 100% of stored grain and 80% of other grain transactions are covered, up to 15 months before the date of failure.

Snow's legislation would prevent deferred pricing agreements from extending more than one year from the date of grain delivery. The proposal would also provide the Indiana Grain Buyers and Warehouse Licensing Agency, which oversees licensed grain buyers, and the Indiana Grain Indemnity Fund Corp. more flexibility and tools to address licensed buyers who are struggling.

"These changes will ensure potential risks to the Indiana Grain Indemnity Fund can be taken care of sooner and even prevent a grain buyer failure entirely," Snow said. "These crops represent a farmer's livelihood. So, it's important we take steps to support our Hoosier famers in times of trouble and protect the grain market."

Snow said this legislation comes after Salamonie Mills and Agland Grain in Huntington and Wells counties failed last year and farmers who still had not set prices for their grain were unable to recoup their losses.

PHOTO CAPTION: State Rep. Craig Snow (R-Warsaw) presents his legislation to help protect Hoosier farmers when a grain buyer's operation fails and leaves them without payment Monday, Feb. 15, 2021, in the House Chamber in Indianapolis. This is Snow's first bill to pass out of the Indiana House of Representatives.