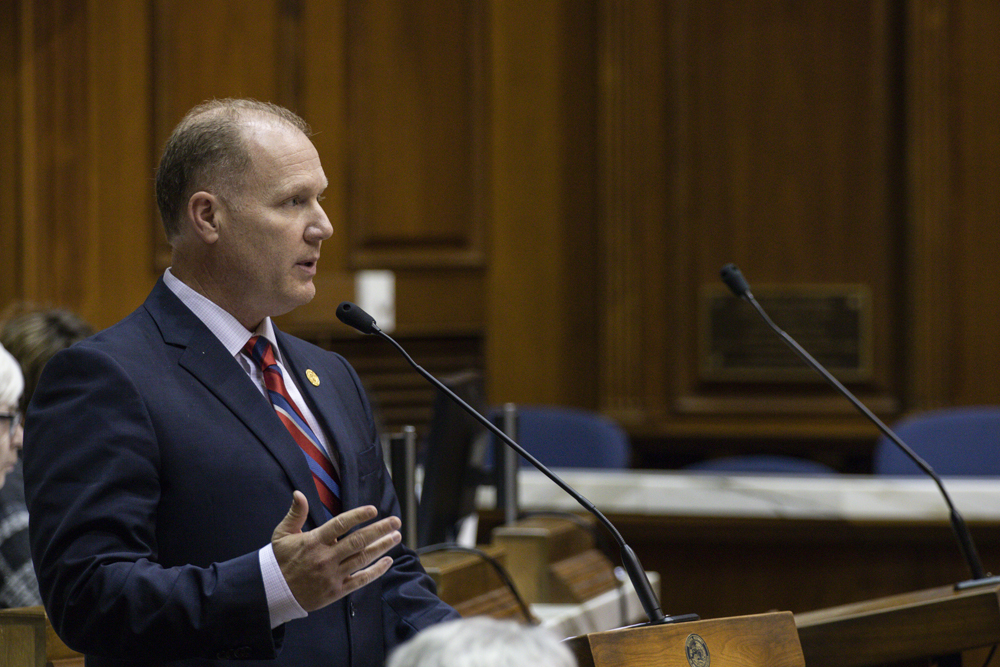 According to May, his legislation would spark economic activity by allowing rural communities to enter into regional land banks to acquire tax-delinquent and vacant properties for restoration. This would encourage new economic activity while restoring damaged homes and sustaining property values.

“It’s important to be aware of the negative effects blighted properties can have on small communities,” May said. “Too often, an excess of neglected buildings can dissuade new residents and businesses from moving there. Local leaders can use land banks to spur new commerce, eliminate unsafe structures and create more affordable housing.”

May said cities and counties in proximity can form land banks to oversee abandoned properties for new development. His legislation expands land banks from the county level to regional areas to make the initial costs of establishing them more affordable. Currently, the only established land banks in Indiana are in Elkhart, Indianapolis and Muncie.

House Enrolled Act 1370 passed unanimously out of the Senate and now heads to the governor for consideration as a new law. For more information, visit iga.in.gov.

State Rep. Chris May (R-Bedford) represents House District 65, which includes all of
Brown County, most of Lawrence County and parts of Monroe, Jackson and Johnson counties.

CAPTION: State Rep. Chris May (R-Bedford) presents to the House of Representatives a bill that would allow rural communities to use regional land banks for acquiring abandoned properties for redevelopment Tuesday, Jan. 28, 2020, at the Statehouse. This bill can now be considered by the governor as a new law.