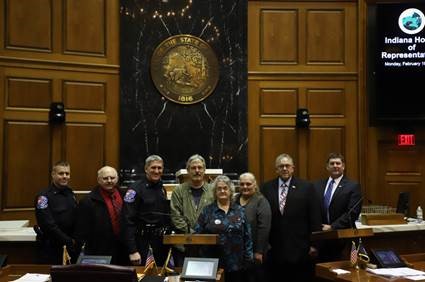 “These officers devoted their lives to serving the North Vernon community and this renamed road would serve as a constant reminder of their service to our community and visitors,” Lucas said. “I am honored to recognize their tremendous sacrifice.”

Burton and Howard were killed after their cruiser was rammed by a man who was free on bond following an earlier standoff with police. Their car was pushed nearly 100 feet through a ditch, coming to a rest close to U.S. Highway 50.

The road runs on the west side of North Vernon to just off the old U.S. Highway 50 on the east side as it approaches the Muscatatuck River.

A high-resolution photo of Lucas can be downloaded by clicking here.