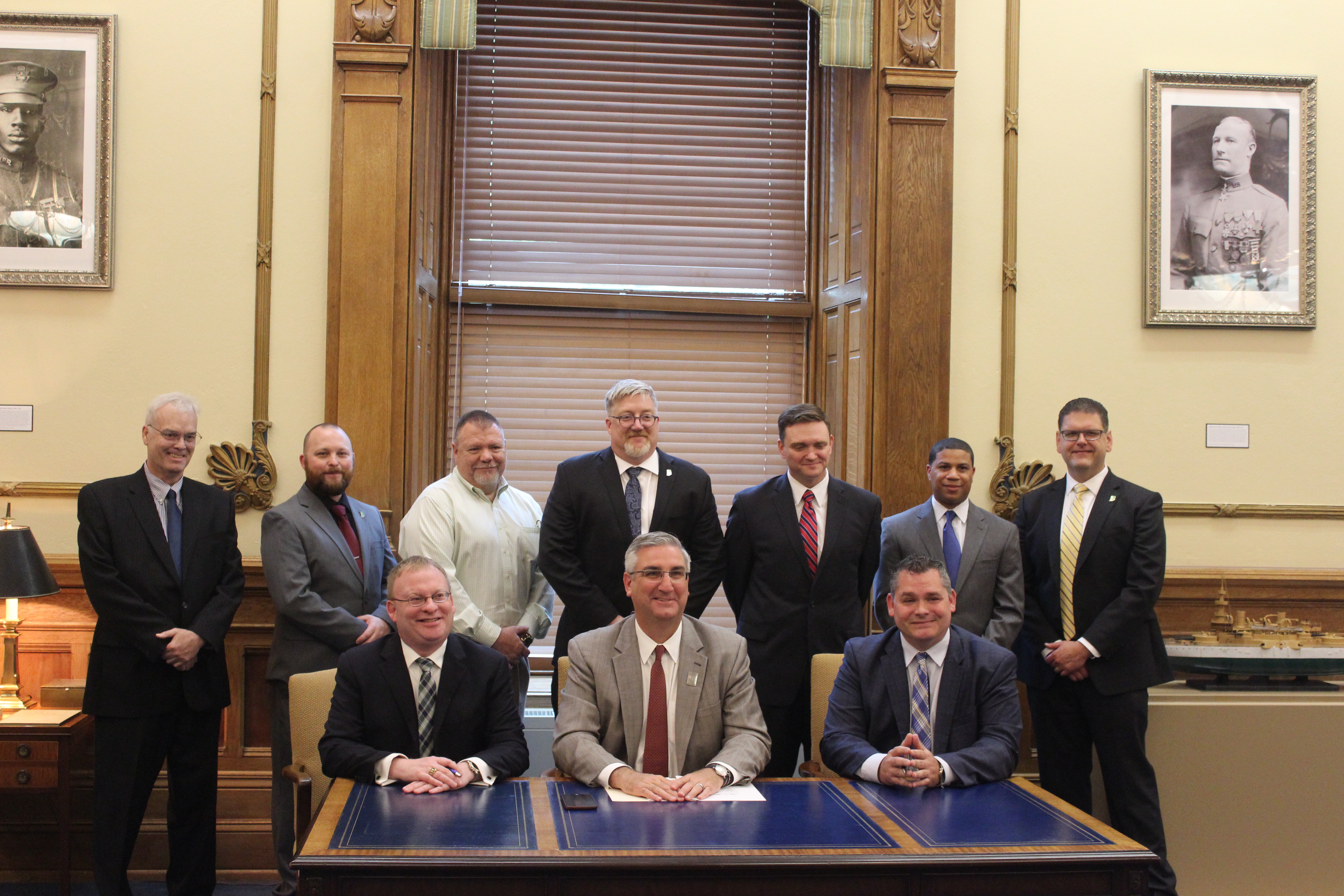 According to Judy, cyber criminals have increasingly been using ransomware, a malicious software that is designed to block access to computers and smartphones until a sum of money is paid by the victim.

“This law is a constituent-driven measure,” Judy said. “Those who violate our privacy and inflict property damage need to be held accountable. We are taking steps to protect our communities from robberies and other criminal activity, and as the technology in our world is evolving, so must our laws.”

Under this new law, cyber criminals could face a Level 5 felony if the ransom paid or damage caused is between $750 and $50,000, and a Level 4 felony if hacking costs the victim a pecuniary loss of greater than $50,000.

“Penalizing individuals who commit cyber and telephone crimes will always be a challenge for government,” Zay said. “This new law tries to address this issue by taking an important step to protect Hoosiers from hackers who use ransomware, and modernizing our ‘Do Not Call’ statute allowing company officials behind robocalls to be penalized as well.”

In addition, the law provides that a person who is the victim of ransomware can bring a civil action against the offender for damages, costs and reasonable attorney's fees.

Zay said that an Indiana community in Madison County was hacked by an unknown group that got into the computer system and demanded a ransom payment. He said this set the local government back several weeks and cost them a considerable sum to restore their computers and networks.

This law will take effect July 1.