There aren’t many people I have met throughout my life who have gained the level of respect and admiration from their peers as Sue Ellspermann. I feel lucky to have gotten to know her over the past several years and to be able to call her my friend.

I always like to joke that I regret not putting my name in the running for governor because the last time Sue resigned for something, I got elected. All kidding aside, I will be forever grateful for the advice and support she gave me throughout that time. As a representative, Sue fought for our district every day in the House and made friends from all political backgrounds along the way. The outpouring of respect and kind words shared last week in the House chamber as we honored Lieutenant Governor Ellspermann spoke volumes to the kind of public servant she was, and continues to be.

Her contagious personality and effectiveness in government is a great example for all Hoosiers to follow. There will be a void here at the Statehouse and I am sad to see a fellow friend from southern Indiana move on but I know our state will be served well by her successor, Eric Holcomb.

I wish Sue the best of luck in her future endeavors. I know that whatever she goes on to do next, she will represent Indiana with a positive attitude and won’t forget where she came from. I want to thank her for holding the office of lieutenant governor with such dignity and class. I believe that Sue’s guidance and leadership has truly allowed me to better serve all of you in District 74.

Below is a photo of Rep. Arnold speaking on the House floor in support of a resolution honoring outgoing Lieutenant Governor Sue Ellspermann. 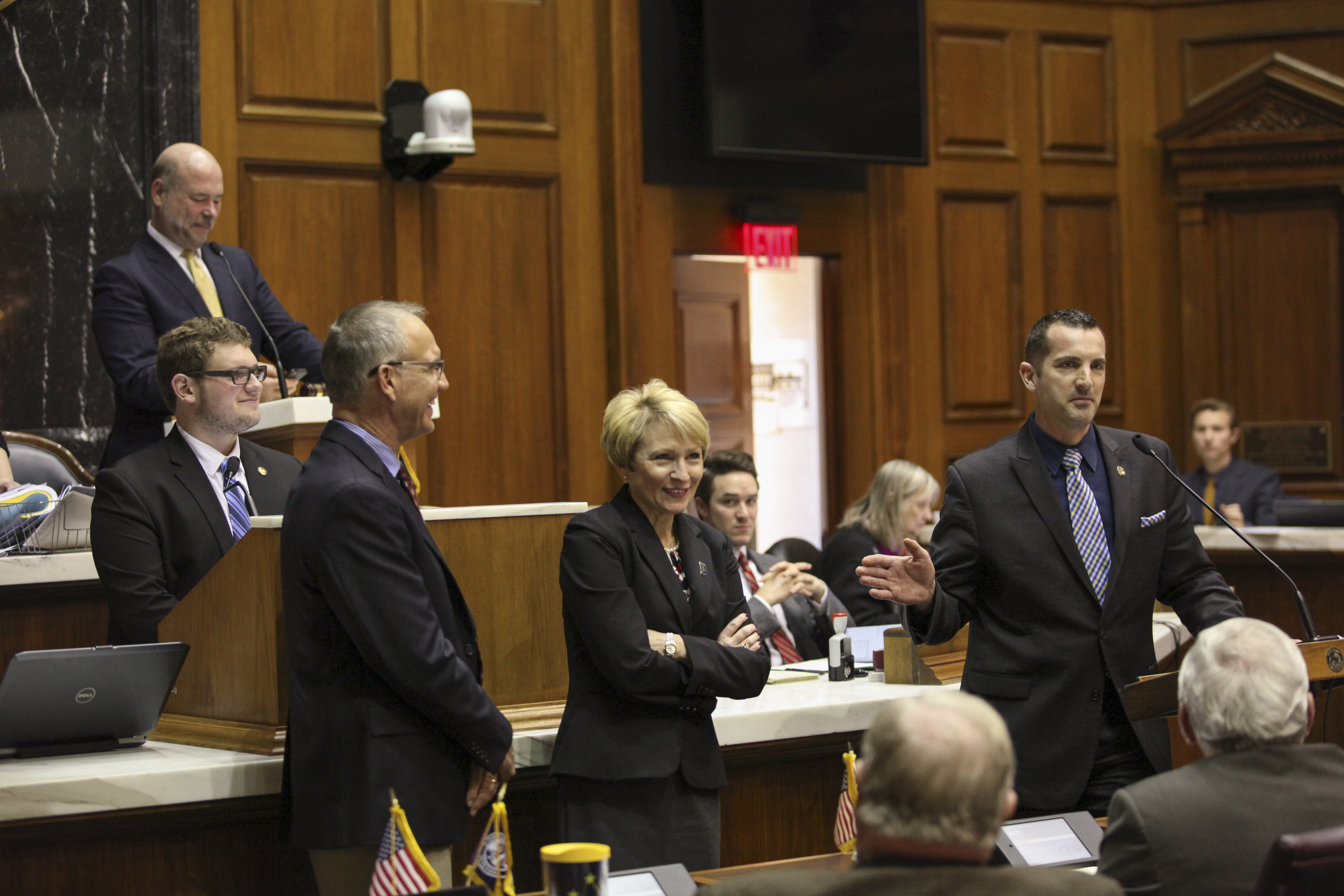