“Every Independence Day since World War II, the governor of Indiana have bestowed the honor of naming LaPorte the state capital for the day,” Pressel said. “I want to thank the Jaycees for their hard work in providing our city with festivities to properly celebrate Independence Day. It is a great honor to represent this city as it has such rich history and everybody should want to, as our motto states, ‘Spend the Fourth in LaPorte.’”

According to Pressel, the LaPorte Jaycees annually sponsor one of the largest July 4 celebrations in the state. On this day each year, more than 60,000 people venture to LaPorte to watch the 2.5 mile long parade. The parade is followed by a fireworks display in the evening.

“The Fourth of July not only marks a day to show America’s patriotism and love for our country, but a chance to showcase LaPorte and its rich heritage,” Pressel said.

The 71st Annual Fourth of July Parade starts at 10 a.m. on Tuesday beginning on the corner of East Lincolnway and Tipton streets in LaPorte.

Note to the Editor: Attached and below is a picture Gov. Eric Holcomb (right) in his office at the Statehouse presenting State Rep. Jim Pressel (R-Rolling Prairie) (left) and his wife, Becky, (center) with the proclamation naming LaPorte as the Capital for the Day. 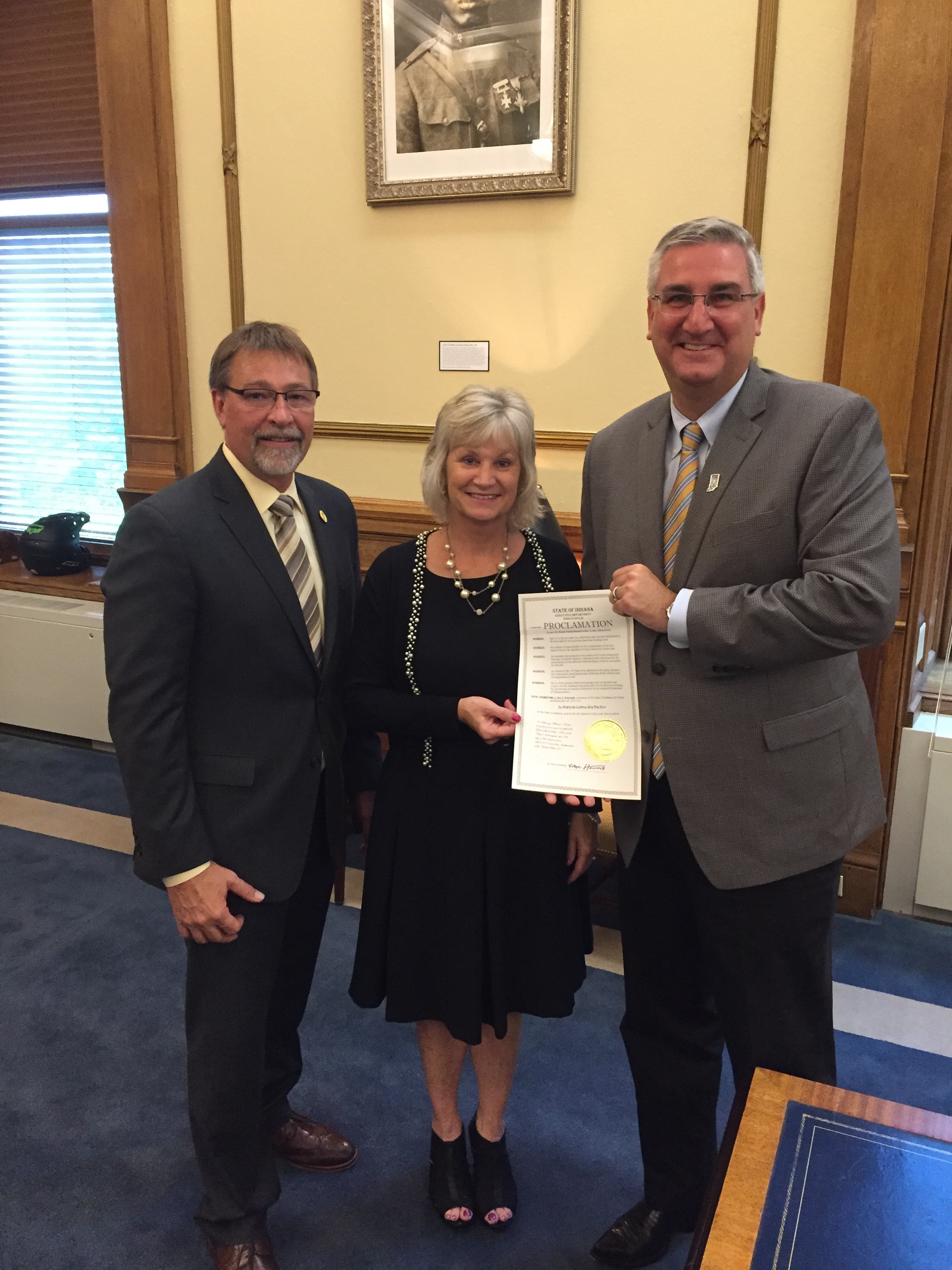