The choir was named the 2016 Premier Competition winner after securing a top spot in one of the Mayo International Choral Festival daytime competitions. The team also won both the Four-Part Competition and the Sacred Music Competition and placed second in the Gaelic Languages Competition. The team competed against more than 30 choirs from Ireland, Norway, Wales and the United States.

“The USI Chamber Choir consists of students who not only possess beautiful singing voices, but are also outstanding ambassadors for the school,” McNamara said. “This choir performs all across the world and sets a great example of Hoosier hospitality wherever they go.”

McNamara said the USI Chamber Choir consists of students from all areas of study who promote quality performances of eclectic choral music in artistic settings, with a repertory that ranges from medieval carols and madrigals to classical, romantic and contemporary settings of liturgical and secular choral music.

McNamara said the choir also hosts the annual Madrigal Feaste that is known throughout Indiana, Illinois and Kentucky for its combination of period costumes, music and great food.

To learn more about the choir, visit www.usi.edu.

Note to the editor: Attached is a photo of State Rep. Wendy McNamara (R-Evansville) presenting the University of Southern Indiana Chamber Choir with a House resolution. 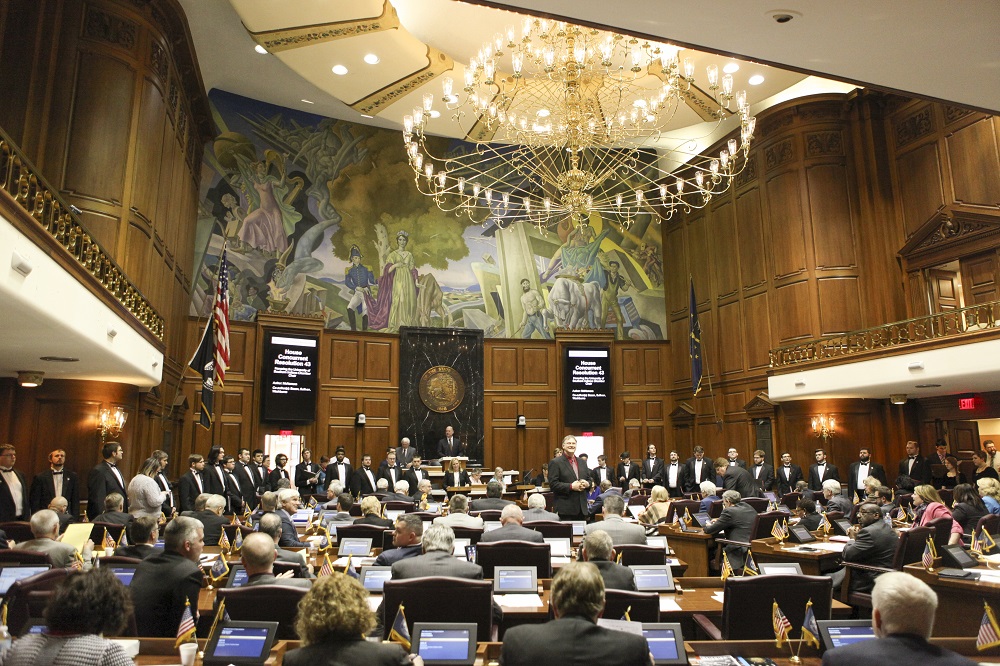