“This league has done a remarkable job making sure all can participate in sports and play on a team,” McNamara said. “Providing this opportunity to local families at no cost is incredible, and I congratulate the team on their great season.

Founded in 1989, the Little League Challenger Division was established for those with physical and intellectual challenges to play baseball in a team environment. The Evansville branch, The Highland Baseball Club Little League, was established in 2014. Currently, there are more than 950 Challenger programs worldwide serving over 30,000 athletes.

“I have never been to a sporting event with more energy and excitement in the air than at a Highland baseball game,” McNamara said. “The supportive, enthusiastic environment created by the players, fans and coaches is truly something to experience.” 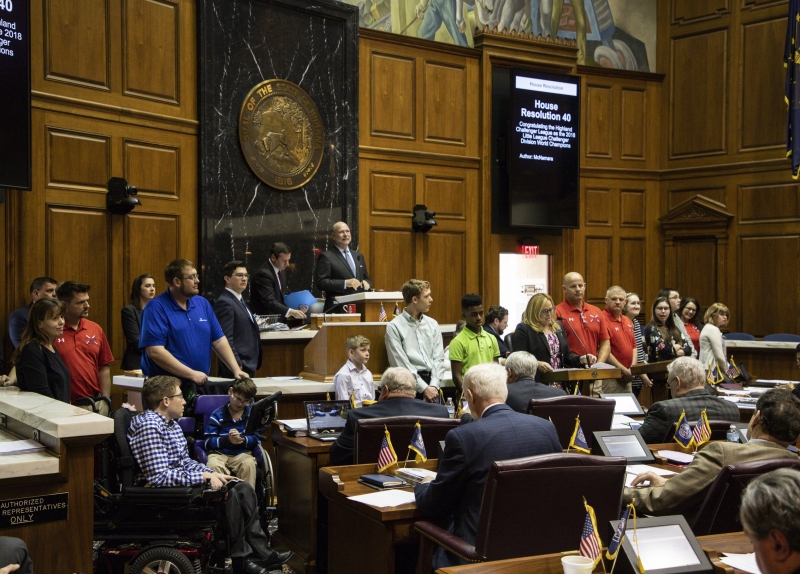