Durnil is the son of Lori and Curt Durnil. He is a homeschool student in his senior year.

According to the Boy Scouts of America, to earn the Eagle Scout rank, which is the highest advancement rank that a Boy Scout can earn, requirements must be met in the areas of leadership, service and outdoor skills. Mayfield said many methods are available to demonstrate proficiency in these areas and advance through the ranks, such as passing a number of specific skill tests and earning merit badges.

“Anyone familiar with the time and effort that it takes to meet the requirements for this award can certainly attest to the strong character of any individual who has achieved that goal,” Mayfield said. “Like many Eagles before him, Sam faced challenges on his path to becoming an Eagle, only to overcome them through perseverance and determination. Only four percent of Boy Scouts who commence on this journey ultimately achieve this high honor.”

Mayfield and her husband, Dean, sit on the executive board of the Hoosier Trails Council of Boy Scouts of America. This council provides character development and values-based leadership training programs to approximately 6,000 youth in 18 counties in south central Indiana.

State Rep. Peggy Mayfield (R-Martinsville) represents House District 60, which includes portions of Morgan and Monroe counties and is the Asst. Majority Floor Leader. She serves as a member of Ways and Means, Insurance and Public Policy committees.

Note to the Editor: Attached and below is a picture of State Rep. Peggy Mayfield with Eagle Scout Sam Durnil (center) and Dean Mayfield (right) after the Eagle Scout award ceremony. 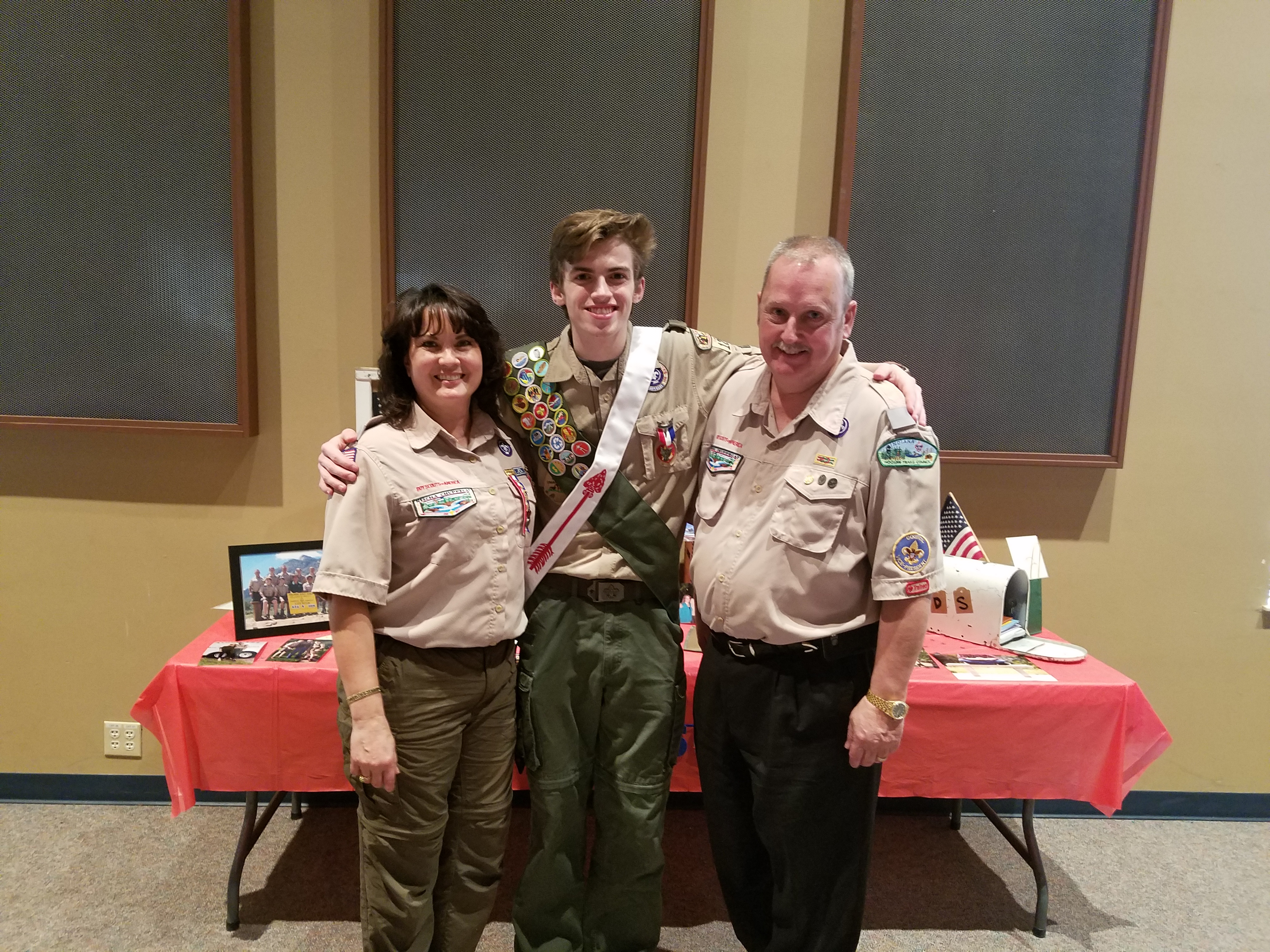