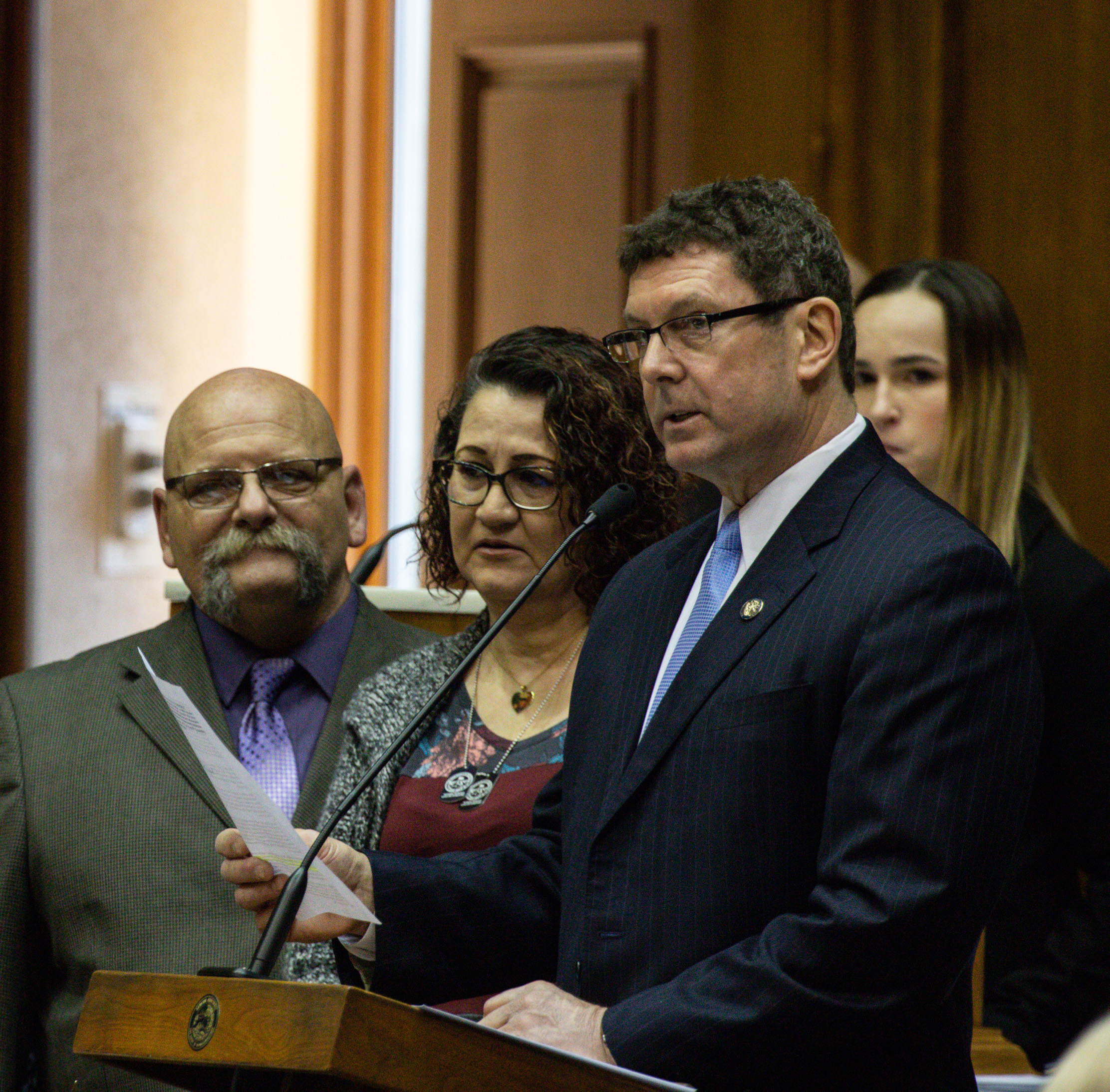 According to Lucas, Koenig was killed during a training exercise while deployed in Okinawa, Japan, on April 9, 2017. He was 20 years old. The Indiana General Assembly recognized the Jennings County High School graduate for his service with a resolution on the floor of the Indiana House of Representatives.

“This is one of those things that brings as much honor as it does a heavy heart, to recognize a member of our community that sacrificed everything and gave all he had so we could enjoy the freedoms and form of government we currently enjoy,” Lucas said. “His family takes great pride in knowing how well regarded he was in the lives of those whom he inspired.”

Lucas said Koenig lived with a servant’s heart. He grew up in North Vernon, where he volunteered with the Muscatatuck River cleanup project yearly, and would run along the banks of the river as a member of the school’s cross-country team.

After graduating high school in 2014, Koenig enlisted in the Marine Corps, where he was stationed at Camp Pendleton, Calif., and was deployed to Camp Butler in Okinawa, Japan. He served as a member of the Marine Light Attack Helicopter Squadron 267.

CAPTION: State Rep. Jim Lucas (R-Seymour) (at podium) welcomes Jack Koenig Sr. (left) and Patricia Espinosa Koenig (second from left) to the Indiana Statehouse to honor their late son, Lance Cpl. Jacky Ray Koenig Jr., on Monday, Feb. 17, 2020. The Jennings County High School graduate was killed in Okinawa, Japan, during a training exercise on April 9, 2017. Lucas led a resolution to honor the serviceman’s family and his service with a moment of silence with the Indiana House of Representatives.