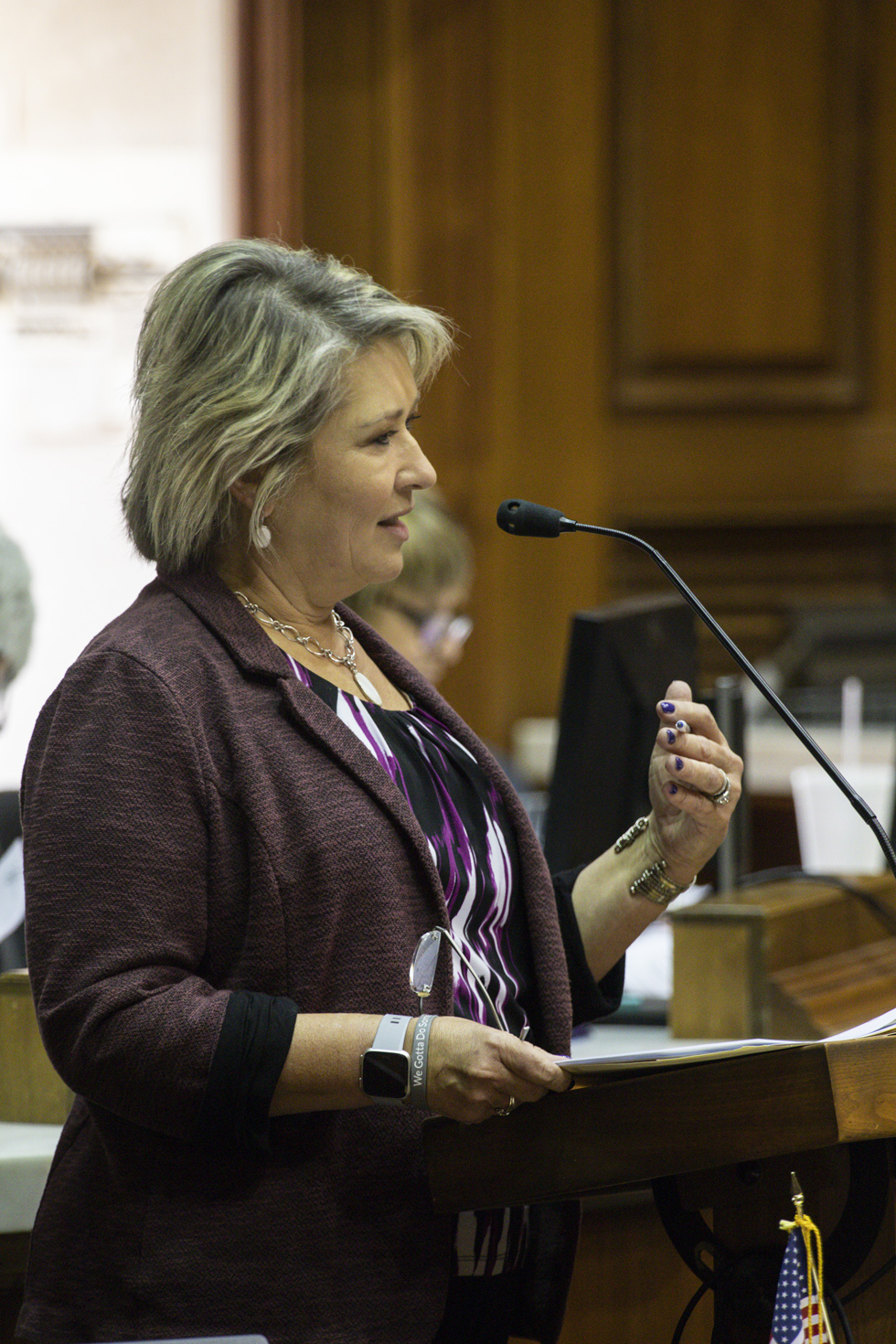 STATEHOUSE (Feb. 21, 2020) – The House of Representatives advanced legislation Thursday sponsored by State Rep. Cindy Kirchhofer (R-Beech Grove) that would remove barriers for those in need of insulin.

“It should not be difficult to purchase life-saving medicine like insulin,” said Kirchhofer, chair of the House Public Health Committee. “Because insulin is typically needed daily, gaps could occur between obtaining a prescription and the time a supply runs out, forcing some to go dangerous periods of time without this vital medicine. This commonsense change brings Indiana in line with the rest of the country and makes insulin more accessible.”

This bill can now be considered by the governor as a new law.

PICTURED: State Rep. Cindy Kirchhofer (R-Beech Grove) presents to the House of Representatives a bill that would make over-the-counter insulin available to Hoosiers without a prescription Thursday, Feb. 20, 2020, at the Statehouse. This bill can now be considered by the governor as a new law.