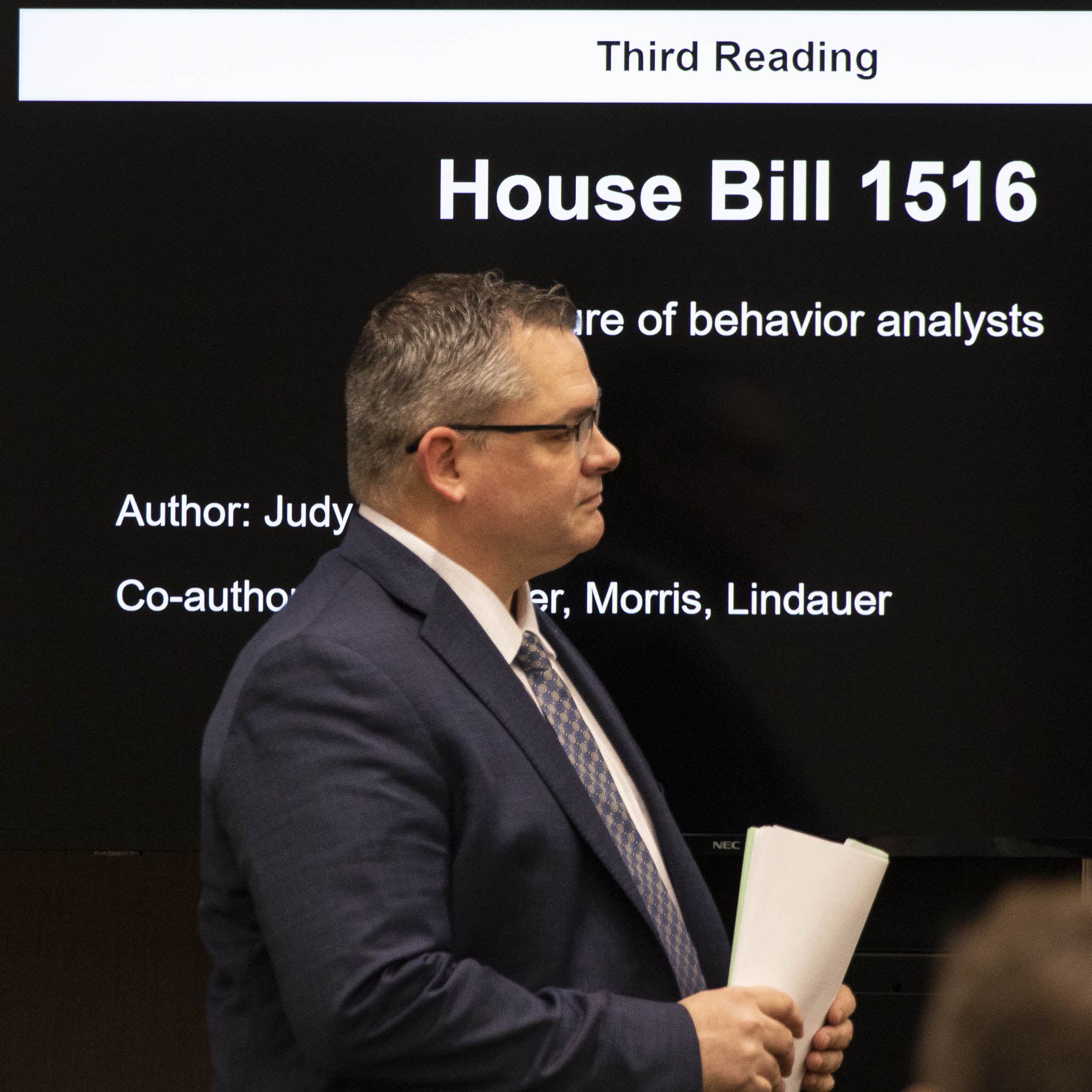 Judy said he crafted the bill after listening to constituent Jill Forte whose autistic son was mistreated by an unlicensed behavioral analyst. Forte said the therapist required her child to perform wall sits until he cried, forcing him to raise his hands for several minutes at a time, and other punishments meant to make autism aversive to him.

"Jill's story broke my heart, and everyone else's I've spoken with about it since," Judy said. "She explained the person conducting the therapy was non-licensed and claimed to be able to cure her son, which was far from what happened. We knew more needed to be done to protect consumers from similar abuses and better distinguish qualified practitioners from those who may have little to no training or experience."

"This legislation gives these professionals an opportunity to set themselves apart from the competition by obtaining a state license, and signal to families that they are held to a higher professional standard and are fully qualified to work with those with autism."

The newly created licensing board would set rules and continuing education requirements, and require its members to comply with a professional code of conduct.

Forte, who became a BCBA following her child's experience, founded the Children's Autism Center, a non-profit organization with locations in Fort Wayne, Columbia City and Angola. Forte serves as the center's director, and the organization has worked with over 300 children and their families since opening in 2005.

"Since the experience of our son with an unqualified person, it has always been important to our co-founders, and as parents, that we protect the children who come to us for service by providing qualified staff for their treatment," Forte said "Licensure can help achieve this for all children and their families across the state."

which includes portions of Allen and Whitley counties.

CAPTION: State Rep. Chris Judy (R-Fort Wayne) prepares to present to the Indiana House of Representatives his legislation that would benefit children and adults with autism at the Indiana State Government Center South in Indianapolis. The bill passed out of the House and can now be considered by the Indiana Senate.