Judy said this was the girls’ first basketball state championship win for the Spartans, and the first for head coach Rod Parker, who has spent his entire head coaching career at Homestead High School.

“The Homestead High School girls basketball team has spent the past three seasons trying to take home the state champion title, and they finally achieved their goal,” Judy said. “This is a great win for the team and an excellent example of how hard work and dedication pays off in the end.”

Judy said the Spartans took the lead with a basket by Madisen Parker in the third quarter and never trailed again on their way to a 61 to 54 victory. She was selected by the members of the Indiana High School Athletic Association’s Executive Committee as the winner of the Patricia L. Roy Mental Attitude Award in Class 4A girls basketball.

A high-resolution photo of Judy can be downloaded by clicking here.

Note to the editor: Below and attached is a photo of State Rep. Christopher Judy (R-Fort Wayne) with the Homestead High School girls basketball team. 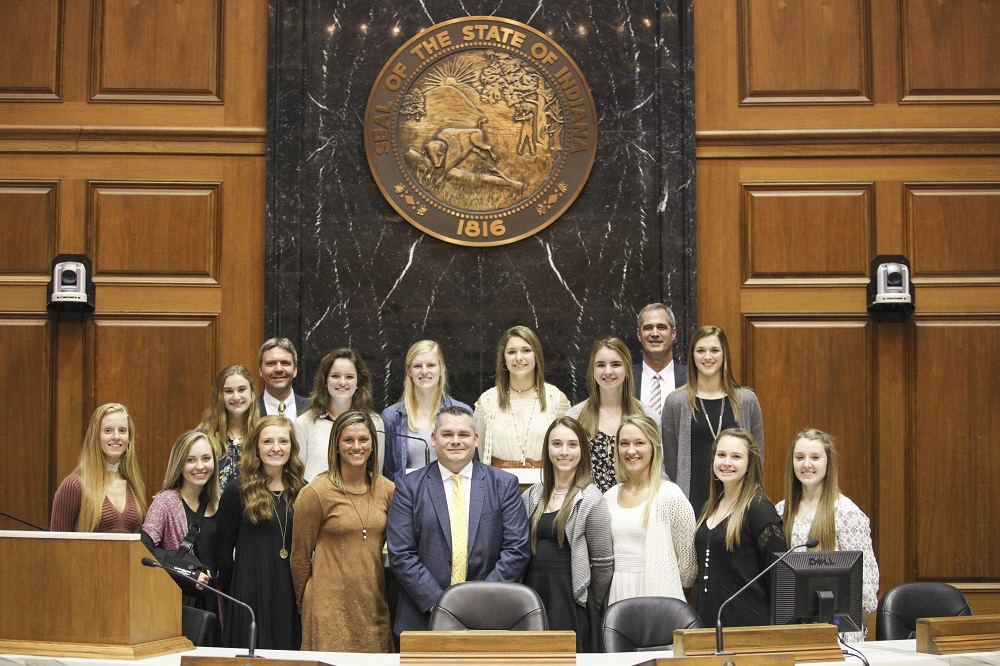