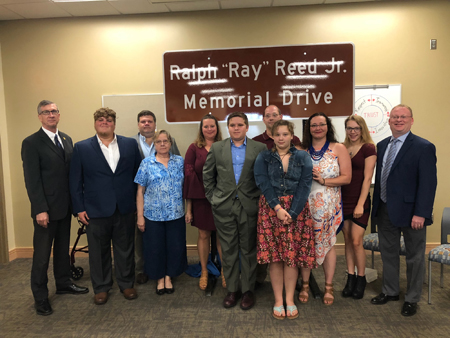 STATEHOUSE (June 20, 2019) – A section of U.S. Highway 30 was renamed today in memory of a local state police officer killed in the line of duty, according to State Rep. Jack Jordan (R-Bremen).

Indiana State Police Master Motor Carrier Inspector Ralph “Ray” Reed Jr. was struck and killed on U.S. 30 in Marshall County on Aug. 3, 1995, when he stopped to inspect a tractor-trailer.

“Officer Reed dedicated his life to serving and protecting his community and state,” Jordan said. “Indiana lost an incredible officer, and the Reed family lost an amazing son, husband and father. Renaming a section of road in his memory is the least we can do to honor his service and sacrifice.”

According to Jordan, Reed was appointed to master motor carrier inspector in 1968 and served in the position for over 27 years.

“This is a proud day for both the family of Ralph Reed Jr. and for the Indiana State Police family,” Carter said. “We are extremely grateful for the efforts of State Representative Jack Jordan for ensuring that the memory of Ralph Reed Jr. will endure on that hallowed stretch of U.S. 30 for all who travel there to see.”

“While Ralph Reed’s passing is tragic, today is a day that we can celebrate and honor his life and legacy,” Head said. “It is my hope that through renaming a portion of U.S. 30, his legacy may live on for decades to come.”

The section of U.S. Highway 30 runs from Pioneer Road in Plymouth to Oak Road in Marshall County, where Reed was killed.

State Rep. Jack Jordan (R-Bremen) represents House District 17,
which includes all of Marshall County and a portion of Fulton County. 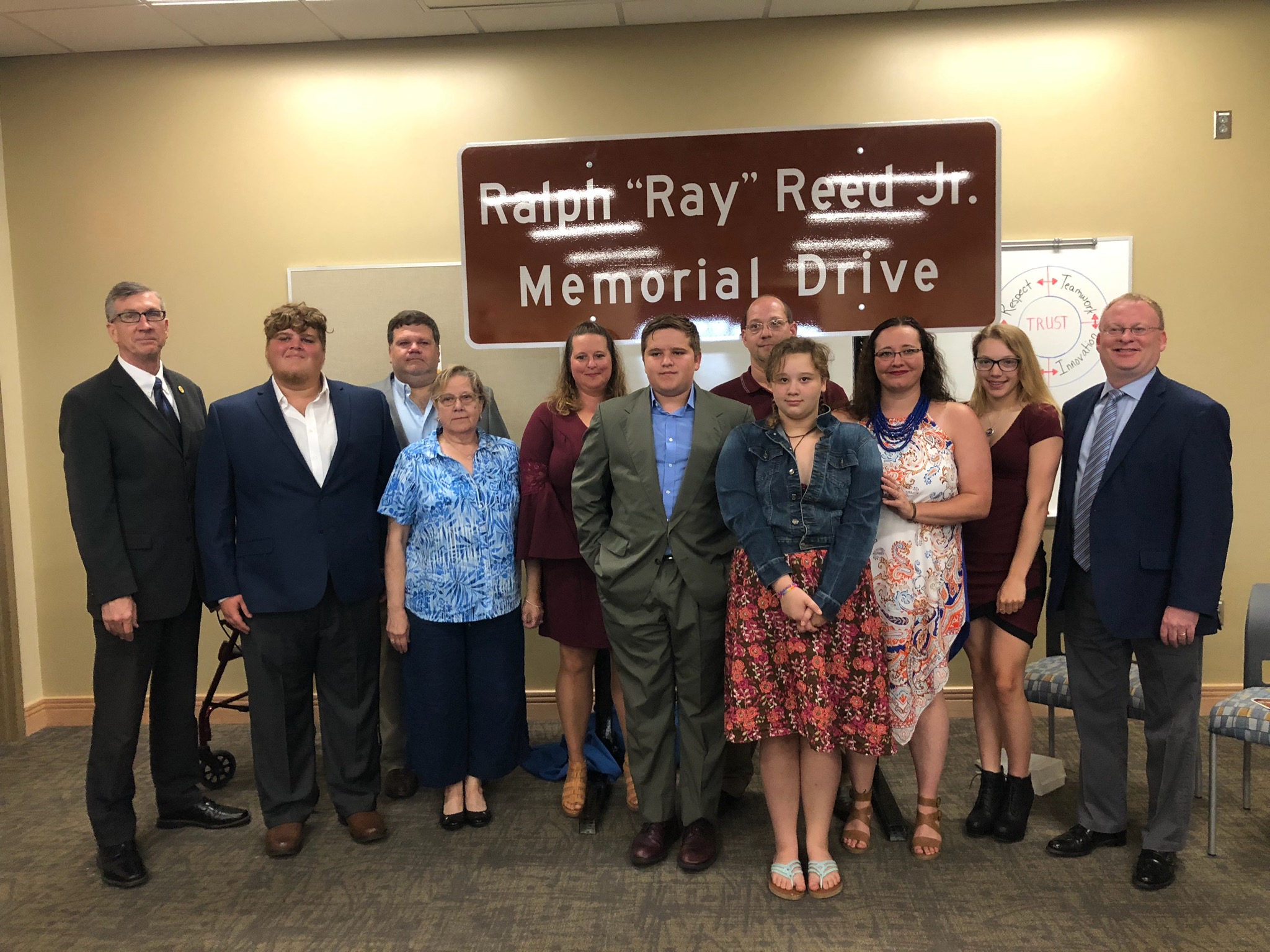