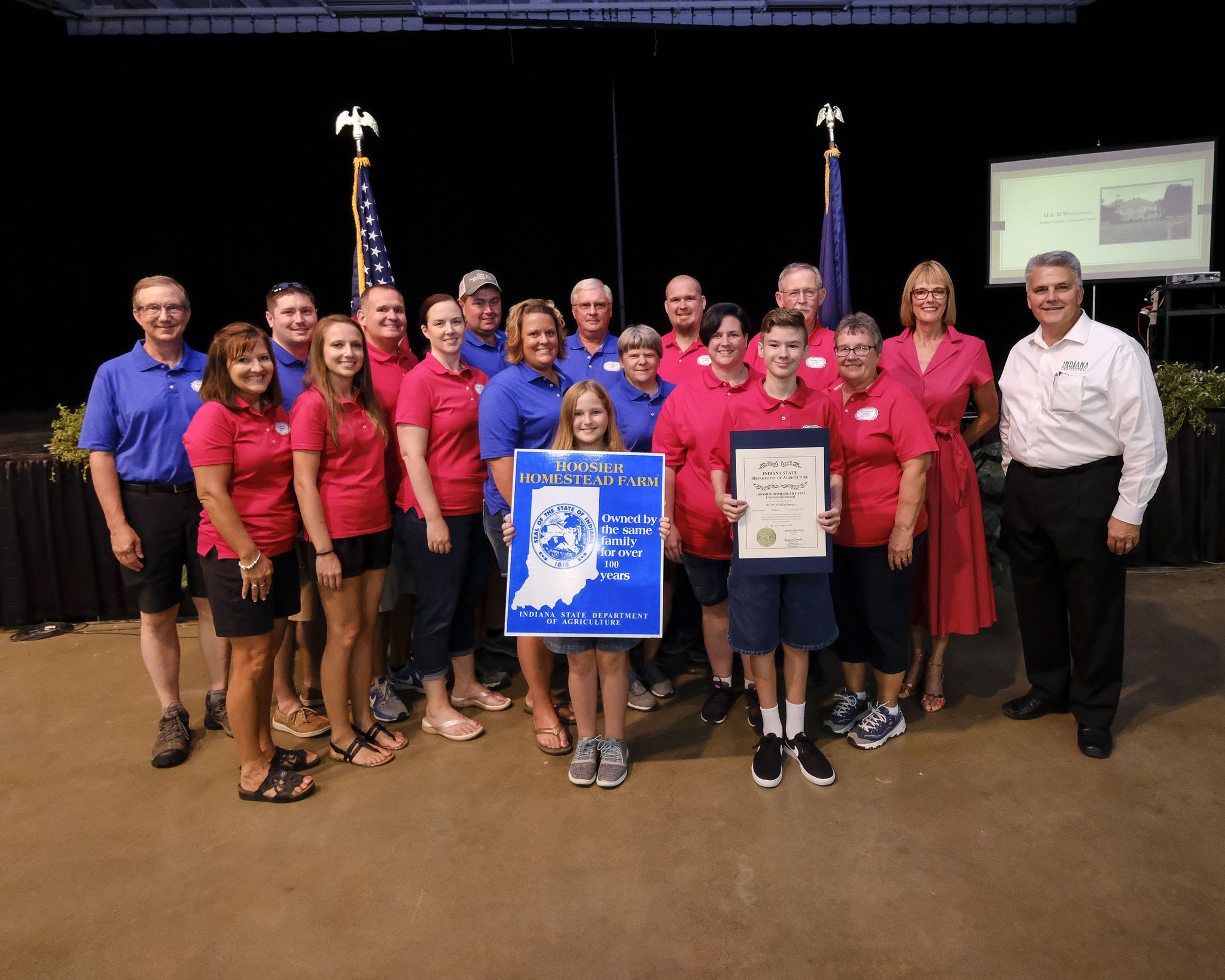 STATEHOUSE (Aug. 17, 2018) — The M & M Wischmeier Farm were recently recognized at the Indiana State Fair for being in operation for 100 years or more, according to State Rep. Jim Lucas (R-Seymour) and State Sen. Jim Smith (R-Charlestown).

The M & M Wischmeier Farm, located in Seymour and in operation since 1915, received a Centennial Award.

“Many of our Founding Fathers were farmers who understood the perseverance and dedication that running a family farm requires,” Lucas said. “The work that goes into managing a farm isn’t easy. I congratulate all of the farm families who have withstood the test of time and passed down farming traditions throughout the years.”

“Congratulations and thank you to this family farm for their hard work and determination,” Smith said. “Farming is no easy task, but Indiana’s history is full of families who have helped shape our state’s economy and culture.”

PHOTO CAPTION: Lt. Gov. Suzanne Crouch (second from right) and Director of the Indiana State Department of Agriculture Bruce Kettler (far right) present a Hoosier Homestead Award to the Wischmeier family on Friday, Aug. 10, 2018, at the Indiana State Fairgrounds. The Hoosier Homestead Award Program recognizes farms that have been owned and maintained by the same family for 100 years or more.