STATEHOUSE (Jan. 23, 2018) — The House of Representatives voted today in support of a proposal authored by State Rep. Ben Smaltz (R-Auburn) that would allow the sale of alcohol on Sundays in Indiana.

Smaltz, chair of the House Committee on Public Policy, said House Bill 1051 would allow for alcohol to be purchased from noon to 8 p.m. on Sundays. Any establishment already selling alcohol Monday through Saturday, would now be able to do so on Sundays.

“We haven’t had Sunday alcohol sales since prohibition,” Smaltz said. “Statistics show Sunday as the biggest shopping day for consumers, and a majority of Hoosiers have voiced they want the Sunday alcohol ban lifted.”

Smaltz, a member of the Alcohol Code Revision Commission, said his proposal followed recommendations made by that committee. Created to review and make changes to Indiana’s alcohol laws, the commission has met seven times since last summer.

“The Sunday sales debate has gone on for years, and it’s great to finally see it advance out of the House and to the Senate,” Smaltz said. “I remain cautiously optimistic about its future.”

House Bill 1051 now moves to the Senate for further consideration. Visit iga.in.gov to learn more about this legislation.

A high-resolution photo of Smaltz can be downloaded by clicking here.

State Rep. Ben Smaltz (R-Auburn) addresses members of the Indiana House on House Bill 1051 as it goes through second reading on Monday, Jan. 22, 2018, at the Indiana Statehouse. Smaltz authored the bill to allow alcohol sales from noon to 8 p.m. on Sundays for any establishment already selling alcohol Monday through Saturday. 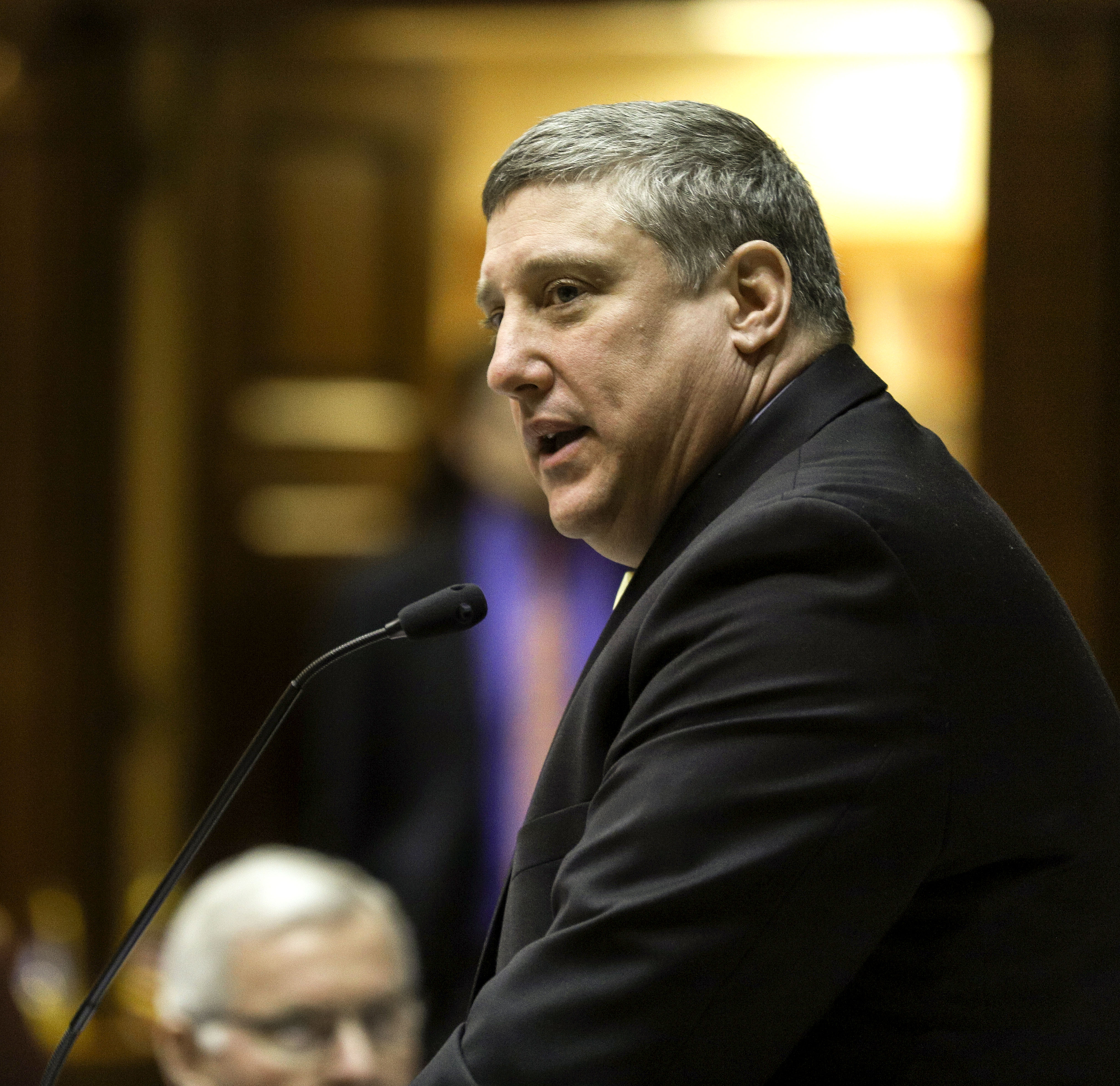