Currently, a convicted person who does not pay their court fees by a specified date defaults on the money owed and can be sent to jail. Pressel’s legislation would enable a court to reduce some or all of the costs owed by a person convicted of a felony or misdemeanor through community service.

“Community service is a great payment alternative for offenders who will never afford their court fees,” Pressel said. “Not only would this legislation make it so that offenders who would never pay their fees give something back to society, but it could also help with the overcrowding of our jails.”

Pressel said courts could determine the number of hours volunteered, multiply the hours by the state minimum wage, and subtract that figure from the total amount owed. He said this legislation would give offenders a chance to re-enter the community and workforce, rather than continuing a cycle of sentences at the expense of taxpayers. 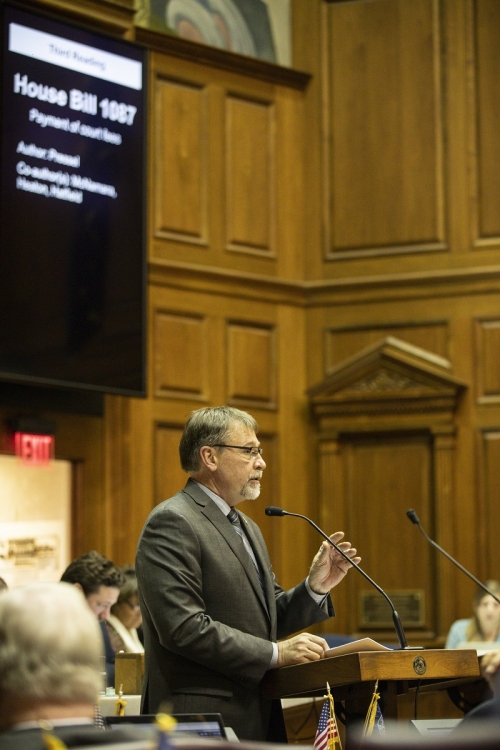 CAPTION: State Rep. Jim Pressel (R-Rolling Prairie) on Thursday, Jan. 17, 2019, at the Statehouse presents his legislation providing offenders the option of performing community service in lieu of paying court fees. After a unanimous vote of support by House members, Pressel’s House Bill 1087 can now be considered by the Senate.