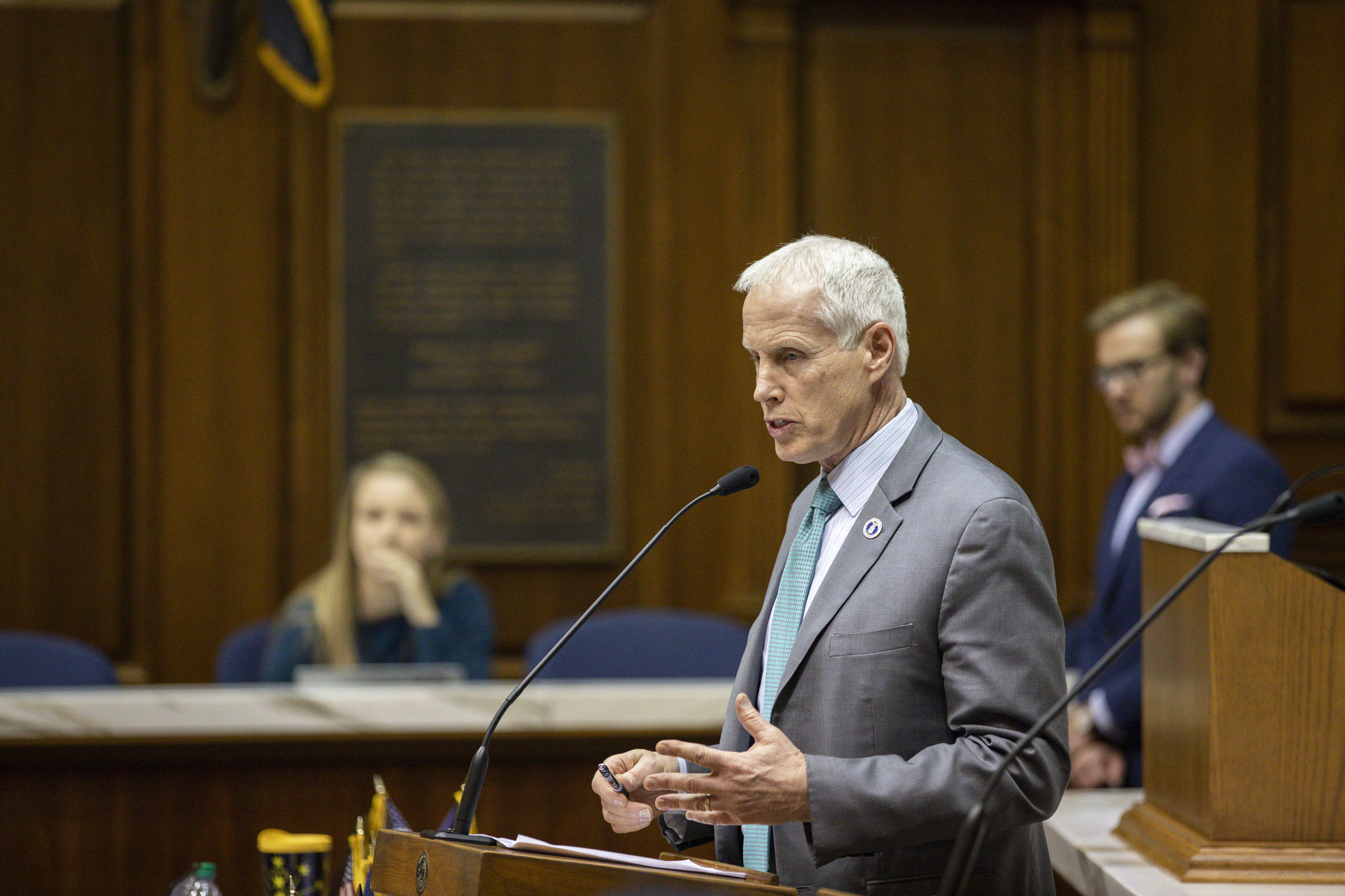 STATEHOUSE (Jan. 29, 2019) – The House of Representatives on Monday advanced State Rep. Bob Behning’s (R-Indianapolis) legislation that would provide educators additional opportunities to earn more while remaining in the classroom.

Under Behning’s proposal, school corporations could implement career ladders and mentorship programs, which pair veteran educators with new teachers. Behning said mentor teachers would be compensated for taking on this additional role.

“Most educators enter the profession because they love kids, and they love helping them learn,” said Behning, chair of the House Education Committee. “Unfortunately, many teachers see the only way to advance in their career is to become a school administrator. Career ladders provide additional compensation for great educators to take on additional roles mentoring newer teachers, while staying in the classroom.”

Behning said providing mentoring and support is critical to keeping new teachers in the profession.

“Oftentimes, when an educator leaves the profession within the first five years, it is due to lack of support in the classroom,” Behning said. “These mentor programs could help close the gaps that current professional development programs do not meet.”

According to Behning, funding for schools to implement these programs would be provided in the state’s biennial budget.

In an effort to increase teachers’ salaries and elevate the profession, Behning worked with the Indiana State Teachers Association, Teach Plus, Stand for Children and other lawmakers on several pieces of legislation, including House Bill 1008, to encourage high-performing educators to stay in the classroom and help newer teachers grow.

House Bill 1008 can now be considered by the Senate. To learn more, visit iga.in.gov.

PICTURED: State Rep. Bob Behning (R-Indianapolis) on Monday, Jan. 28, 2019, in the House Chamber presents his legislation that would provide educators additional opportunities to earn more while remaining in the classroom. Under Behning’s proposal, veteran educators would receive additional compensation to mentor newer teachers. The House of Representatives unanimously supported this legislation, which can now be considered by the Senate.