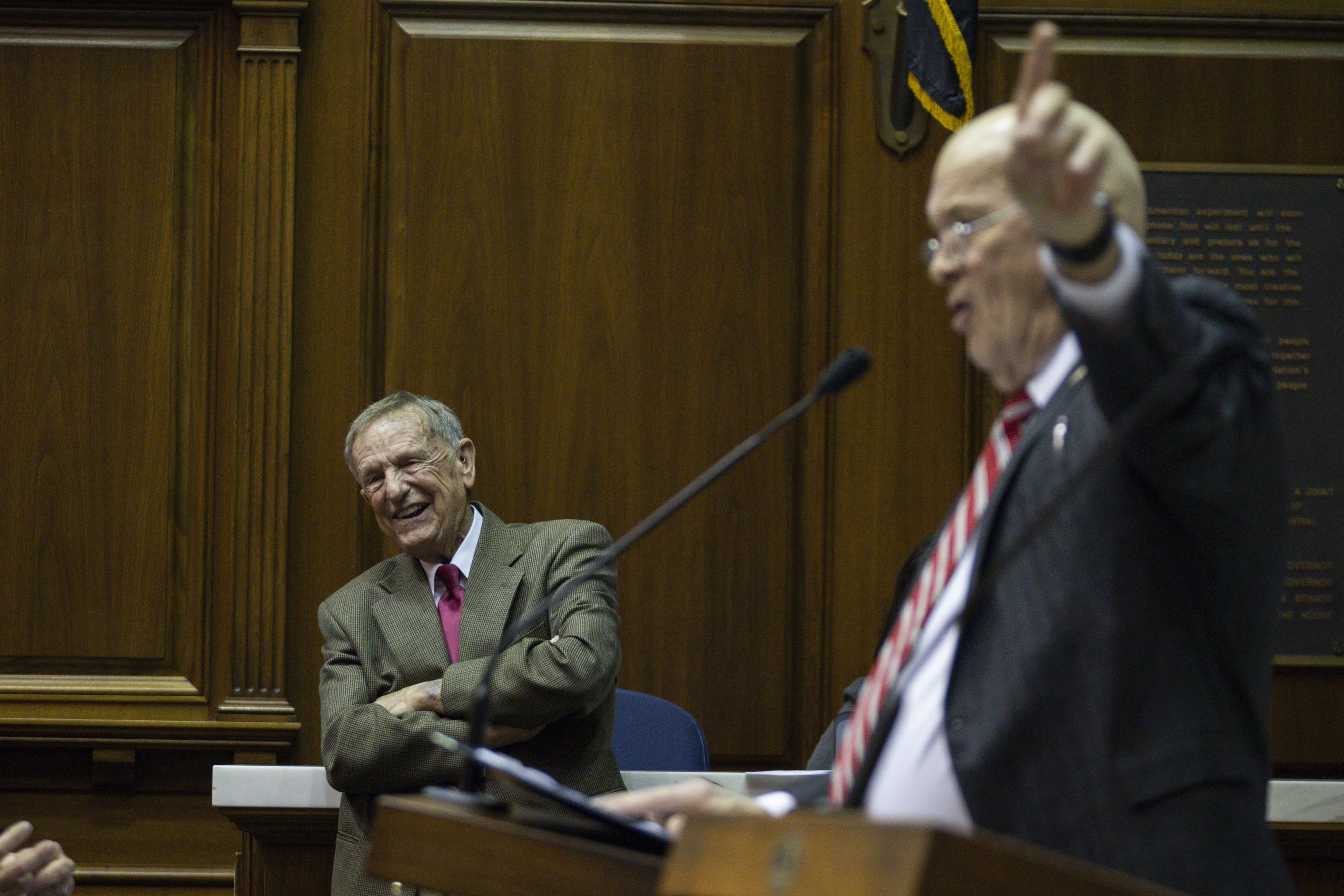 STATEHOUSE (Feb. 28, 2020) – Members of the Indiana House of Representatives at the Statehouse honored State. Rep. Dave Wolkins (R-Warsaw) on Tuesday for his 32 years of serving House District 18.

“Being a good husband and father are my greatest achievements, and being a public servant has been one of the biggest honors of my life,” Wolkins said. “I’ve always believed in limited government and protecting people’s constitutional rights and, have not wavered from that stance during my tenure as a state representative. It’s been a privilege to serve the interests of our community and state.”

Wolkins will finish out his term through the Nov. 3 election.

Wolkins focused a large portion of his time in the state legislature on improving Indiana’s eminent domain laws, and protecting property owners’ rights. In 2006, he authored a law making it more difficult for the government to seize property through eminent domain by more clearly defining the requirements of property acquisition.

A believer of limited government, Wolkins worked to cut red tape and limit bureaucracy so Hoosiers could make decisions for themselves.

“Dave is a close friend who I’ve had the pleasure of serving alongside for many years,” said House Speaker Brian C. Bosma (R-Indianapolis). “His expertise on environmental and agricultural issues, and his conservative approach to solving tough issues, is an asset to our team. I know our friendship will continue long after our service in the legislature ends.”

Before being elected to serve as state representative, Wolkins spent over a decade teaching and coaching before opening a small business. He also served 18 years on the Winona Lake Town Board, including serving as president and vice president.

Wolkins and his wife, Candace, reside in Warsaw, and have one son and two grandchildren.

Click here for a high-resolution photo of Rep. Wolkins

CAPTION: State Rep. Dave Wolkins (R-Warsaw) watches as State Rep. Doug Gutwein (R-Francesville) talks about Wolkins’ achievements during his 32 years of service to the House Tuesday, Feb. 25, 2020, at the Statehouse in Indianapolis.