House honors Bacon for decade of service in General Assembly

“The time spent serving our community in the Indiana House of Representatives has been one of the most rewarding experiences of my life,” Bacon said. “I have done my best to represent the Hoosiers in our area, and I look forward to continuing to serve the people of House District 75 in whatever capacity I am able.”

Bacon announced his retirement in January and will finish out his term through the Nov. 3 election.

Over the course of his career, Bacon advocated for causes helping the most vulnerable Hoosiers. He championed legislation protecting the sanctity of life, and improving health outcomes for students and athletes.

“Representative Bacon has passionately advocated for issues at the Statehouse over the last decade that have made his district and Indiana stronger,” said House Speaker Brian C. Bosma (R-Indianapolis). “It has been a pleasure working with Ron, and I know he will continue serving his community moving forward.”

Bacon serves as chair of the House Statutory Committee on Interstate and International Cooperation, and is a member of the House Public Health Committee and House Commerce, Small Business and Economic Development Committee.

He and his wife, Karen, reside in northwest Warrick County, and have two daughters and four grandchildren. 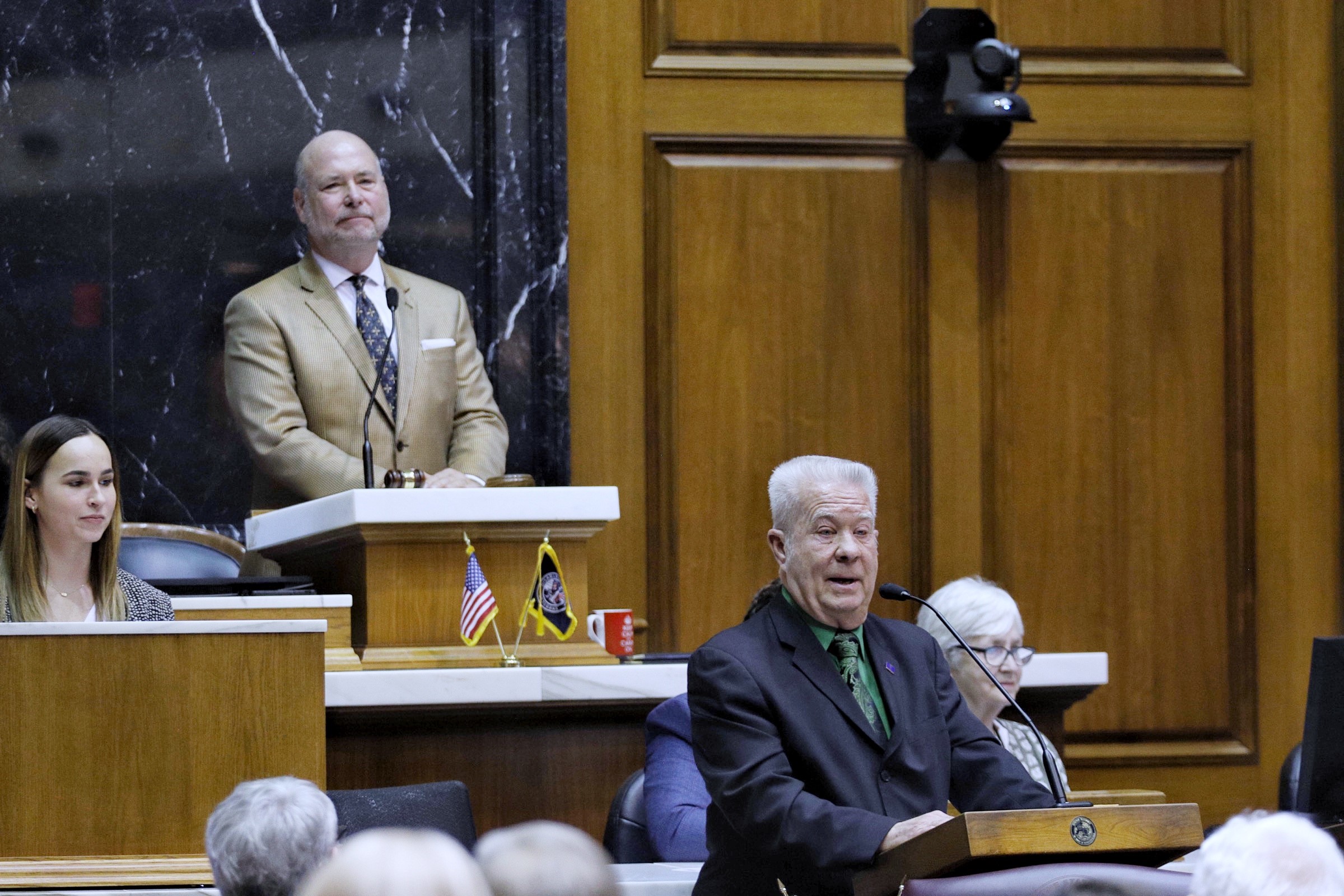 CAPTION: State Rep. Ron Bacon (R-Chandler) (lower podium) thanks fellow state representatives for serving with him as he is recognized with a retirement resolution honoring his decade of service Tuesday, Feb. 18, 2020, at the Statehouse.