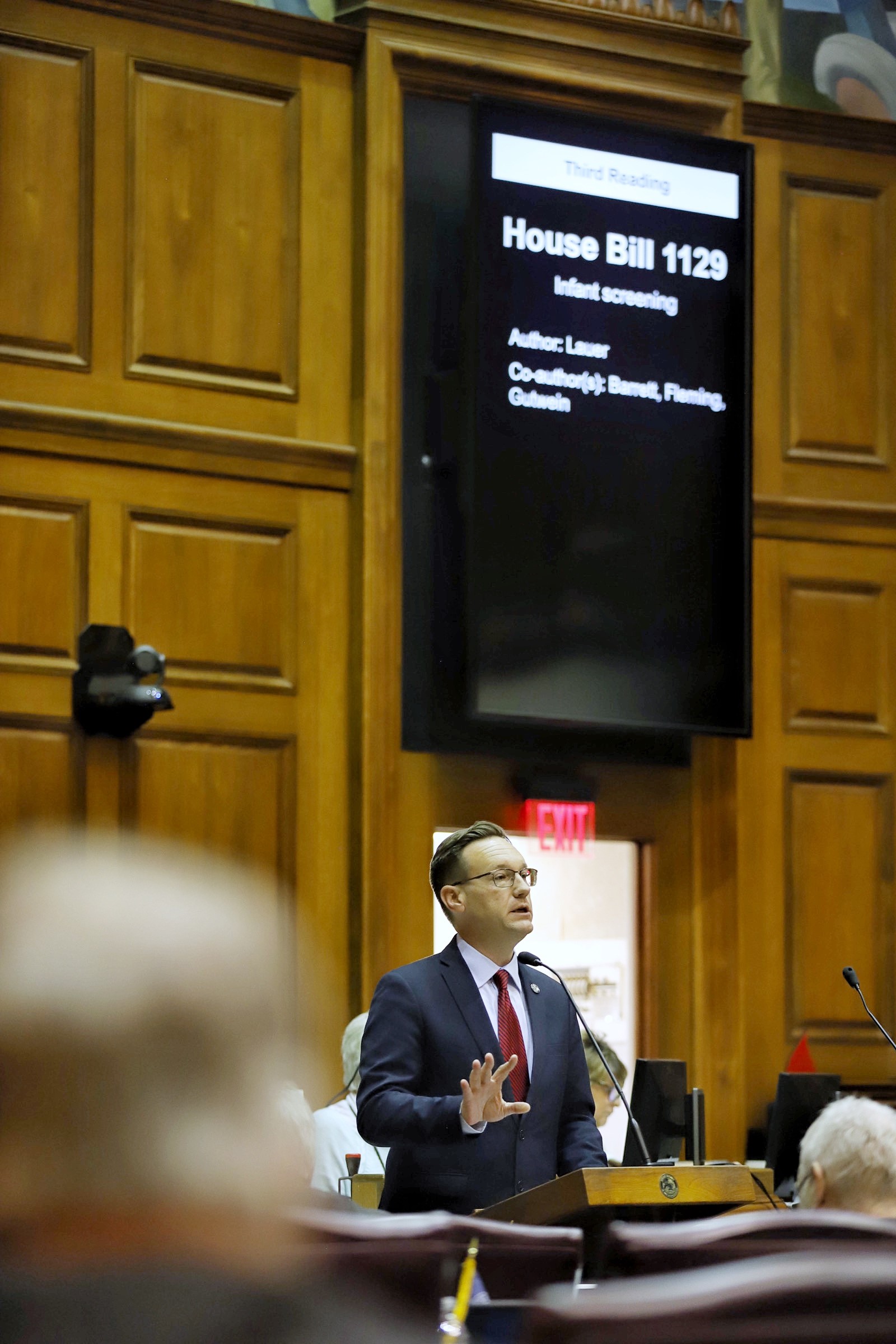 Adrenoleukodystrophy, or ALD, is a deadly genetic disease predominately affecting males that causes injury to the brain and leads to behavioral and neurological issues. Lauer said ALD affects approximately 1 in 17,000 people.

“ALD can quickly cause significant neurological damage at any age,” Lauer said. “It is critical to test infants for ALD because symptoms vary and signs of this disease typically remain dormant until it is too late. These screenings can let parents know early on if their child has ALD, so they can be treated to prevent irreversible damage.”

Symptoms vary widely and can develop anytime between infancy and adulthood. In children, symptoms can include hyperactivity, learning disabilities, a loss of previously acquired skills and later develop cognitive deficits. According to the National Organization for Rare Disorders, in most cases, ALD results in death within 2 to 3 years from the start of neurological symptoms.

According to the Mayo Clinic, while there is no cure for ALD, stem cell transplants can improve outcomes for children by stopping the disease from progressing, if caught in the early stages. Lauer said testing for ALD at birth is crucial because the existing treatment cannot undo damage already done by the fast-acting disease.

Indiana’s newborn screening panel currently includes tests for over 50 other conditions such as sickle cell anemia and critical congenital heart disease. By adding ALD to the panel, Indiana would then include every test from the U.S. Department of Health and Human Services’ Recommended Uniform Screening Panel.

“ALD is the only test recommended that Indiana does not currently include for newborn screenings,” Lauer said. “Adding this would ensure Hoosier babies and families have the best chance to combat this disease early on and help save lives.”

which includes portions of Bartholomew County.

PHOTO CAPTION: State Rep. Ryan Lauer (R-Columbus) in the House Chamber presents his bill that would add Adrenoleukodystrophy to Indiana’s newborn screening panel on Thursday, Jan. 23, 2020. Lauer said it is important ALD is caught and treated early, which is why he is working to add it to Indiana’s newborn screening panel that currently includes tests for over 50 other conditions. ALD is a deadly genetic disease that causes irreversible damages to the brain and leads to behavioral and neurological issues, affecting approximately 1 in 17,000 people. The bill passed unanimously out of the House and can now be considered by the Senate.