Hostettler said unlike judges who are elected, magistrates are hired to preside over minor civil and criminal cases, and conduct preliminary hearings. They also assist with judicial caseloads by administering oaths, compelling the attendance of witnesses, setting bail, conducting hearings and trials, and imposing criminal sentences.

“Our judges in Gibson County are handling more and more cases, and adding a magistrate would provide much-needed assistance and support to our judges and those waiting for their case to be resolved,” Hostettler said. “This will give Gibson County judges more time to spend on complex cases, especially those impacting children.”

According to Hostettler, Gibson County recently implemented a pre-trial release program, and the county is still adjusting to this new process. A magistrate would help the county more efficiently handle its cases.

House Bill 1145 now moves to the Indiana Senate for further consideration. Visit iga.in.gov for more information about this legislation.

CAPTION: State Rep. Matt Hostettler (R-Fort Branch) in the House Chamber presents his bill to allow the appointment of a magistrate in Gibson County Tuesday, Jan. 28, 2020, at the Statehouse. 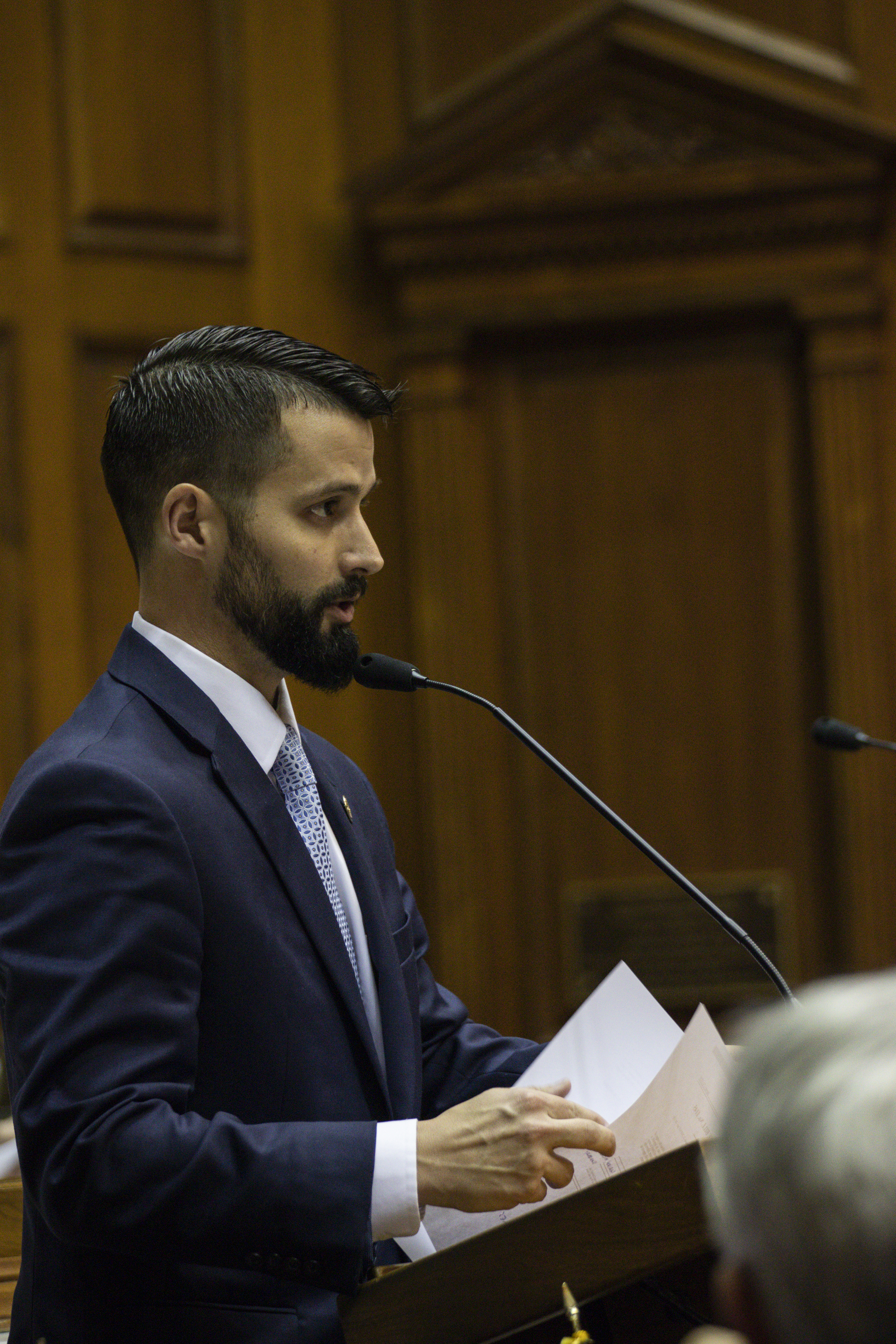