House Enrolled Act 1373 will grant extensions for employment protections to National Guard members who work in Indiana but are ordered to active duty by the governor of another state.

“This law will make sure the employment rights of our National Guard members, regardless of where they may be deployed to for active duty, are protected,” Borders said.

The bill passed unanimously through both the Senate and the House of Representatives this session.

NOTE TO THE EDITOR: Attached and below is a picture of State Rep. Bruce Borders with Gov. Mike Pence as he signs House Enrolled Act 1373 into law. 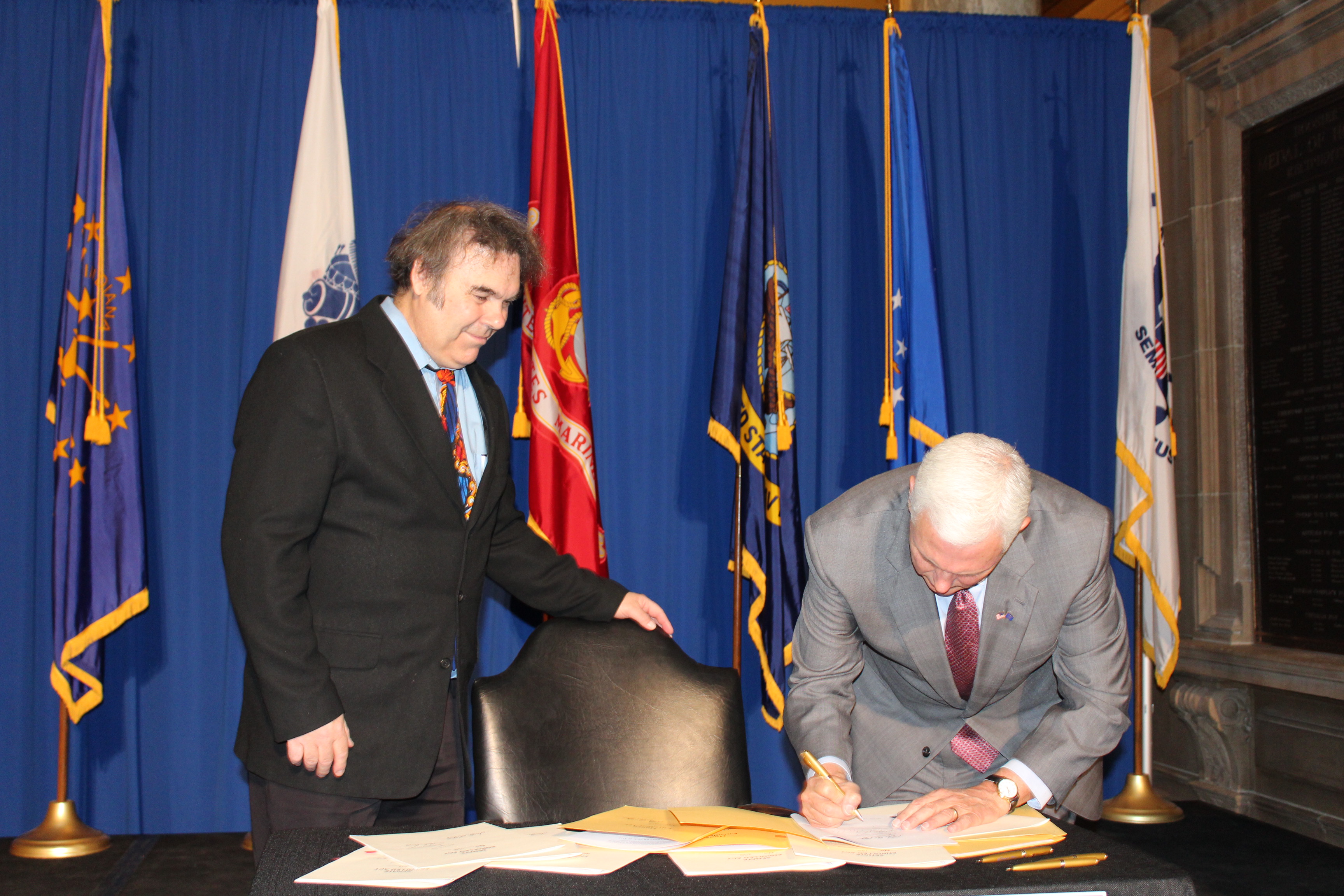