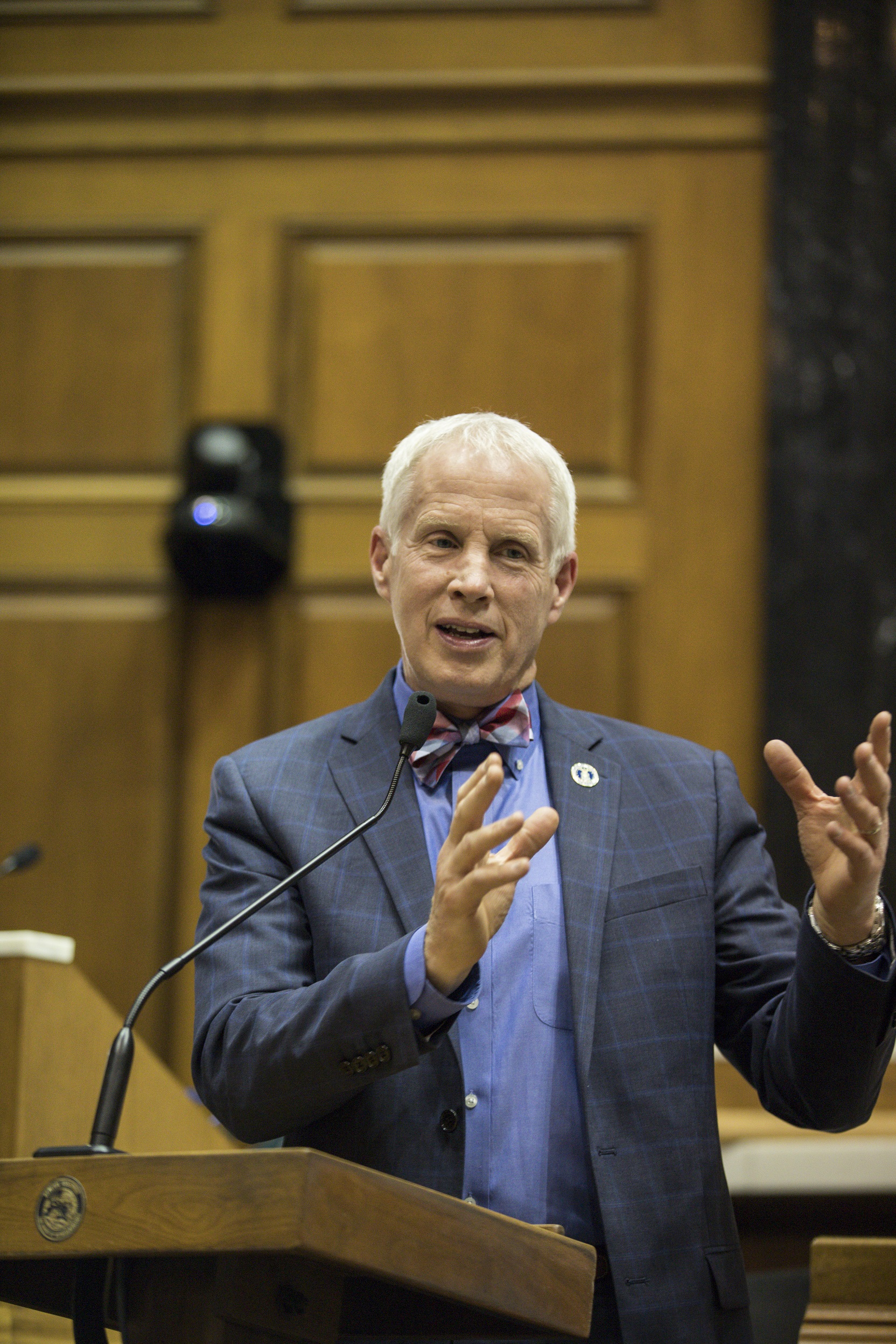 House Enrolled Act 1426 will create one high school diploma with general, Core 40, Core 40 with academic honors and Core 40 with technical honors designations, replacing Indiana’s current four-diploma system. Behning said the Core 40 designation would be the default diploma. There would also be an additional diploma option for students with severe disabilities.

“Last year, we took a hard look at what is truly preparing students for life after high school, and we found there were several areas in need of improvement,” said Behning, chair of the House Committee on Education. “When students graduate, it’s important they have tools and skills necessary to be successful in whatever path they choose, whether it’s starting a career or furthering their education. Instead of taking multiple End-of-Course Assessments that have little meaning after high school, students will now take a college entrance exam like the SAT or ACT. Students will also have options to take an alternative math course in place of Algebra II, a common barrier to achieving the current Core 40 diploma.”

Behning also authored House Enrolled Act 1398, allowing for the creation of a coalition comprised of 4 to 8 school corporations to explore and develop education plans to drive student success. Behning said school corporations within the coalition will be able to request flexibilities from other state laws and State Board of Education rules that impede innovation.

“Already, schools are thinking outside the box and finding new and innovative ways to engage students in the learning process,” Behning said. “Now, schools will be able to work together and share best practices on programs while also fully developing and perfecting programs that can be used as future statewide models.”

Behning said most schools put an emphasis on language arts and reading, unintentionally putting other critical subjects like math and science on the back burner. Under House Enrolled Act 1399, another piece of legislation authored by Behning, the State Board of Education will create at least one optional elementary school teacher content area license in math or science. These licenses will be in addition to Indiana’s current general elementary teacher license.

To learn more about these new laws, visit iga.in.gov.