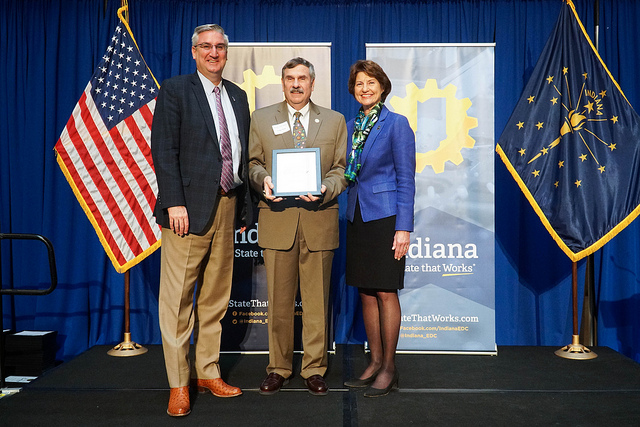 “Claeys Candy is known within our community for its delicious candies,” DeVon said. “We are fortunate to have a candy shop like this one providing sweets and other treats for 100 years.”

Claeys Candy was among 65 Indiana companies and organizations honored with the Governor’s Century or Half Century Business awards at a Statehouse ceremony on March 21.

PHOTO CAPTION: Gov. Eric Holcomb (left) presents the Governor’s Century Business Award to a Claeys Candy, Inc. representative Thursday, March 21, 2019, at the Statehouse. The South Bend candy shop was honored for being in operation since 1919.