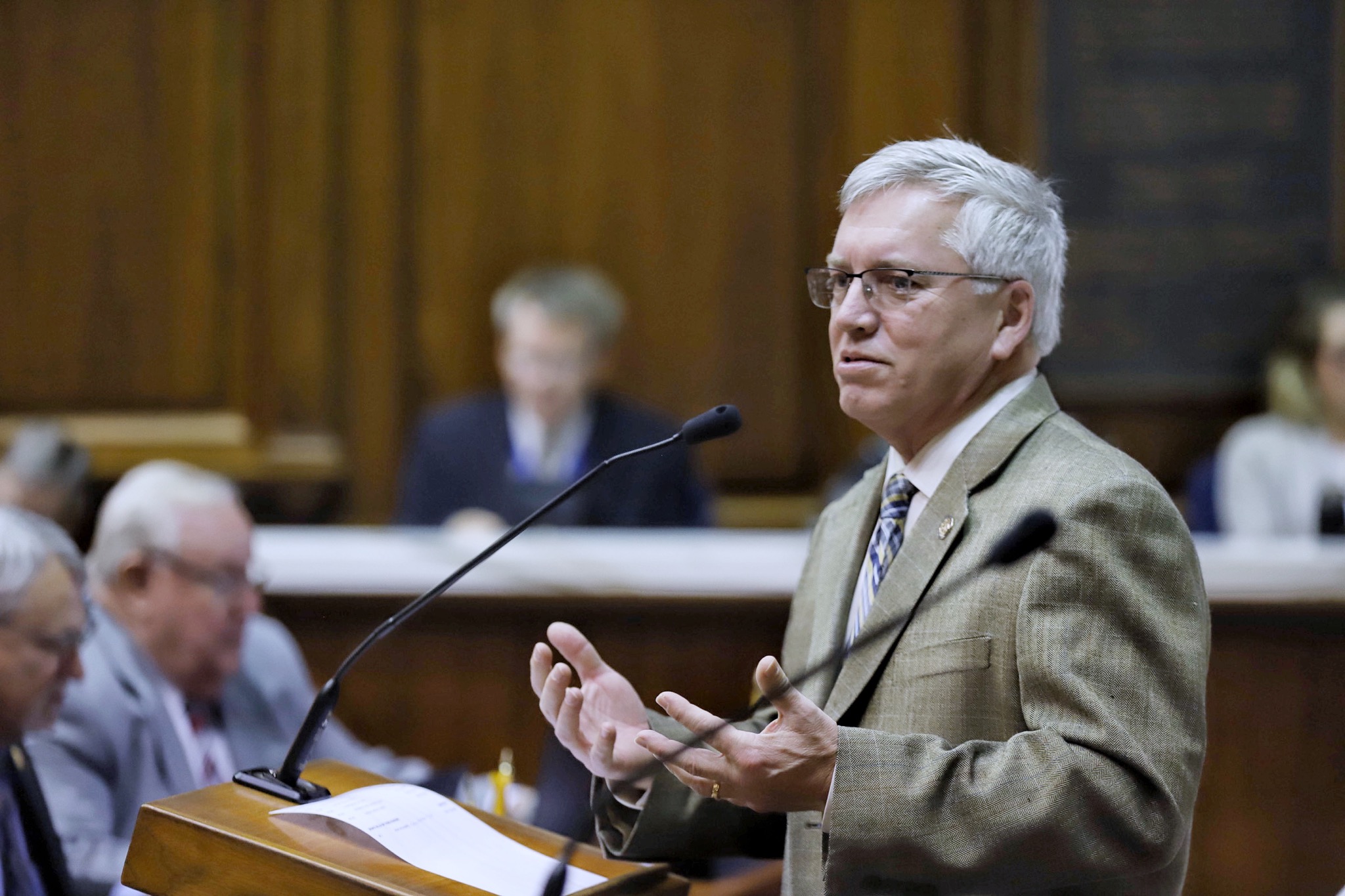 STATEHOUSE (Feb. 3, 2020) – Legislation sponsored by State Rep. Dale DeVon (R-Granger) that would ensure school and teacher evaluations are not negatively impacted by ILEARN scores for two years heads to the governor’s desk to be considered for a new law.

ILEARN is Indiana’s new standardized testing program used to measure student achievement in various subjects in grades 3 through 8. Unlike the state’s former fill-in-the-bubble test known as ISTEP, ILEARN is taken on the computer and is be adaptive, with questions increasing or decreasing in difficulty depending on a student’s proficiency level.

“Schools and teachers are still getting used to the new ILEARN format and a two-year hold harmless will help ease the transition,” DeVon said. “Every day, Hoosier educators are putting in tremendous work teaching the next generation, and it is unfair to put their evaluation scores at risk while they adjust to the new test.”

According to DeVon, statewide standardized testing is required by federal law to receive certain funding.

DeVon said ILEARN test scores would not be used during the 2019-2020 or 2020-2021 school years when evaluating a teacher or school’s performance unless the rating would improve.

Senate Enrolled Act 2 is now eligible for action by the governor. Visit iga.in.gov to learn more.

PHOTO CAPTION: State Rep. Dale DeVon (R-Granger) presents legislation he sponsored that would hold teachers and schools harmless from ILEARN results in the House Chamber, Monday, Feb. 3, 2020, at the Statehouse in Indianapolis. The bill passed the House and Senate and is now eligible for action by the governor.