Dermody honored for his service to the General Assembly

Dermody honored for his service to the General Assembly

STATEHOUSE (March 10, 2016) – After serving House District 20 for 10 years, State Rep. Tom Dermody (R-LaPorte) is retiring from the Indiana General Assembly. Fellow House members honored Dermody for his years of service and commitment to improving the lives of those in LaPorte and Starke counties.

“The past 10 years have been an unbelievable experience,” Dermody said. “I want to thank the people of District 20 for giving me the opportunity of a lifetime to represent them. It is an honor and task I have not taken lightly. I am grateful to have been a part of putting Hoosiers first and moving our great state forward.”

“Tom has been an incredible asset to our caucus, serving as both Assistant Majority Whip and chair of the Public Policy Committee,” said Speaker Brian C. Bosma (R-Indianapolis). “He has served his district diligently during his 10 years in the legislature, while playing an important role in crafting legislation to assist small businesses across the state.”

During his first term in office, Dermody co-authored several key pieces of legislation, including a law requiring teachers to be trained and licensed in CPR and the Heimlich maneuver.

As chair of the House Committee on Public Policy, Dermody examined proposals related to alcohol, gaming, guns and abortion. Dermody also advocated for Sunday alcohol sales in Indiana, and has made strides in allowing alcohol to be sold at the Indiana State Fair and for the carry-out sale of alcohol in commemorative containers celebrating the 100th running of the Indianapolis 500.

“After serving my great state in the House of Representatives, I will sincerely miss representing the communities in Northwest Indiana,” Dermody said. “I know my departure will allow someone else to bring fresh ideas to the Hoosier state. While I will miss this experience, I am looking forward to focusing on my company and devoting myself to my family.

NOTE TO THE EDITOR: Attached and below is a picture of State Rep. Tom Dermody (R-LaPorte) being recognized by Speaker Brian Bosma and the House for his work as a lawmaker. 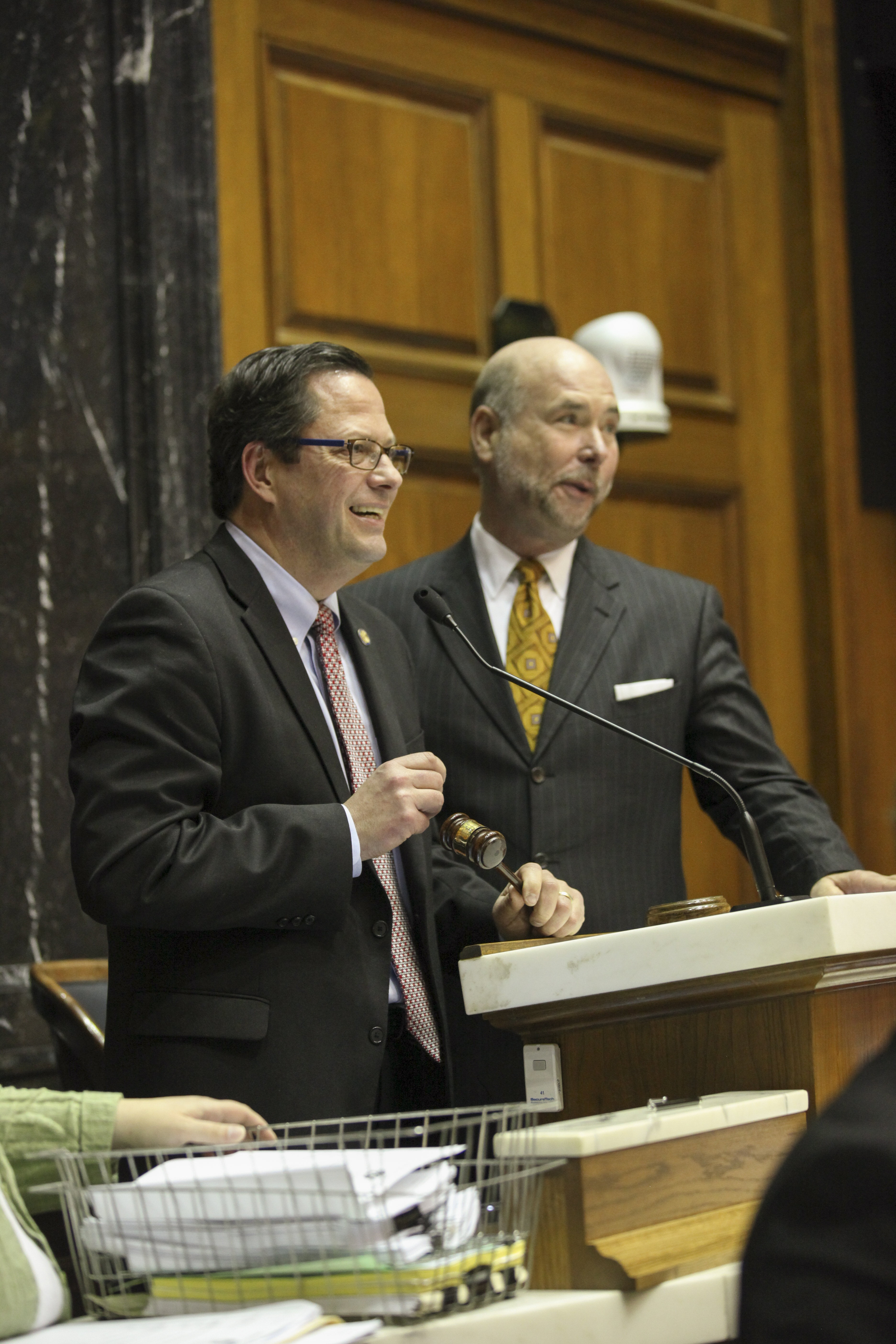