Davis sworn in as new state representative for House District 58 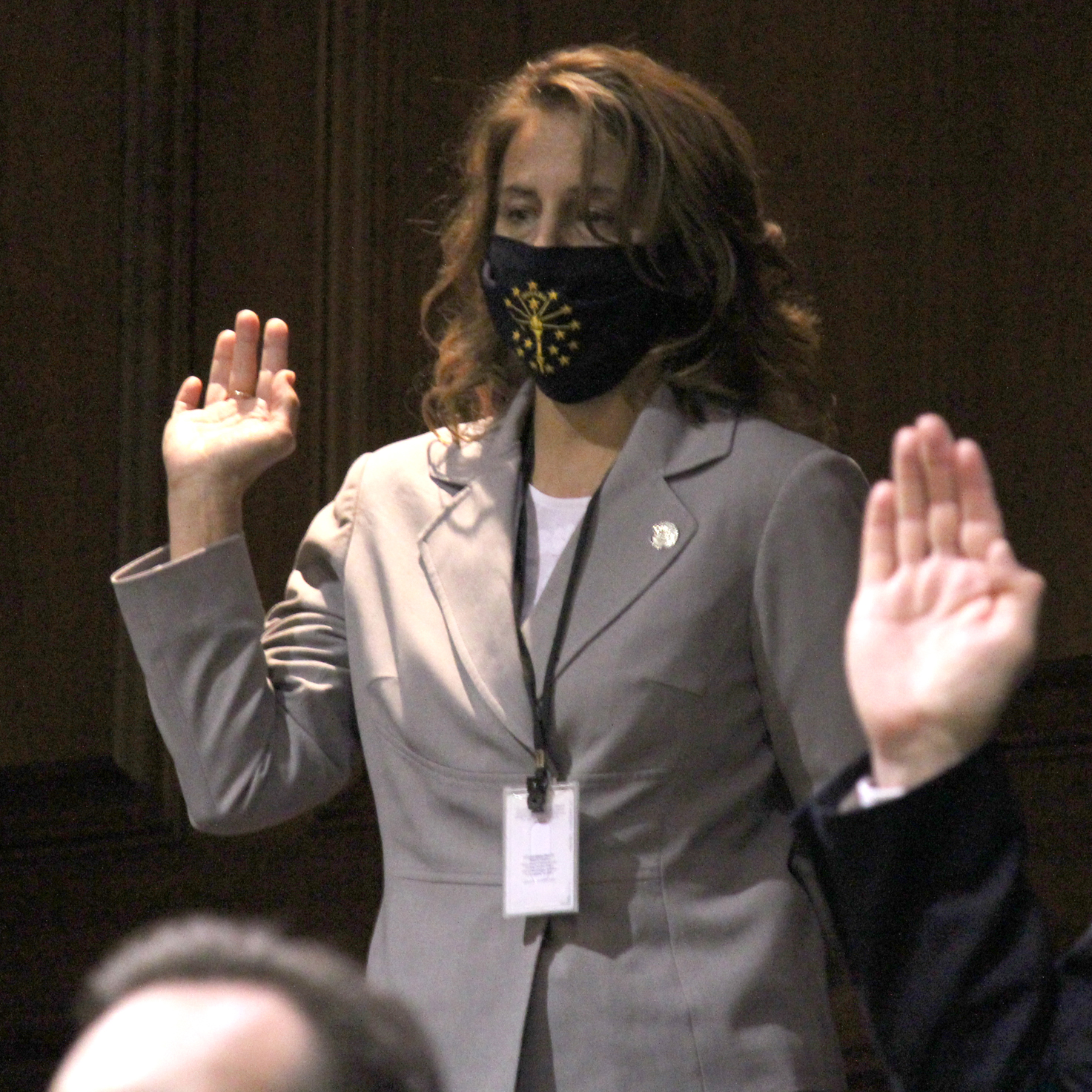 STATEHOUSE (Nov. 18, 2020) – Michelle Davis of Whiteland took the oath of office Tuesday to serve as state representative of House District 58.

Indiana Supreme Court Chief Justice Loretta H. Rush administered the oath to all House lawmakers during a swearing-in ceremony in the House Chamber of the Statehouse during Organization Day, the formal start to the 2021 legislative session.

"Indiana is already in a great position, and I am eager to begin working on legislation to maintain our momentum," Davis said. "There will be many topics discussed in the upcoming session, and I am ready to put my experience as an educator and my passion for helping others to work on behalf of our community."

Davis and her husband, James, live in Whiteland and have two children, Stephanie and Nickolas, who currently attend law school and college, respectively. After graduating from Franklin Community Schools, Davis played basketball for Ball State University while earning her degree in elementary education. She later received her Masters of Education in curriculum and instruction with an emphasis in career and technical education from Purdue University. Davis is currently the director of adult education at Central Nine Career Center, and owns and operates a local outdoor storage lot.

PICTURED: State Rep.-elect Michelle Davis (R-Whiteland) takes the oath of office during Organization Day Tuesday, Nov. 17, 2020, at the Statehouse. Davis will serve House District 58 in the General Assembly, which includes a portion of Johnson County.