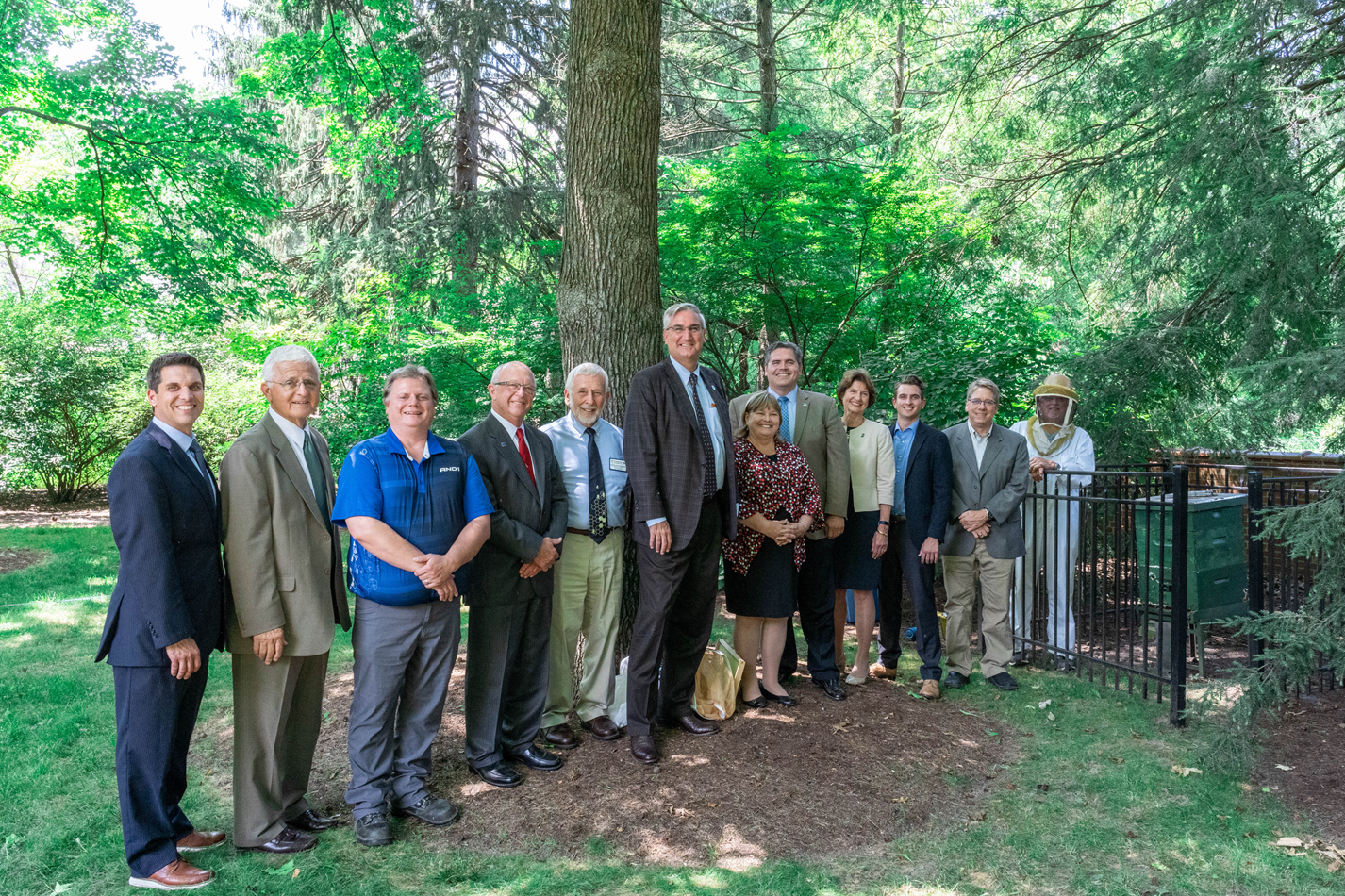 STATEHOUSE (July 10, 2019) – Legislation aimed at protecting and growing Indiana’s honey bee population was recently signed into law by the governor.

The new law, authored by State Sen. Ron Grooms (R-Jeffersonville) and sponsored in the House by State Rep. Ed Clere (R-New Albany), ensures Hoosiers can maintain bee hives on property they own, rent or lease, and prevents local ordinances from banning beekeeping.

According to Clere, honey bee populations worldwide have been declining as a result of disease, habitat loss and other factors. Clere said this law strikes a balance between private property rights and local control.

“Beekeeping is vital for food production and biodiversity, and this legislation is very timely,” Clere said. “This law allows local governments to regulate beekeeping based on science, but not prohibit it. Beekeeping is growing in popularity throughout the state, and this measure will support its ongoing expansion and the many benefits it provides.”

While the law prevents an outright ban on beekeeping, Grooms said local governments can still pass ordinances pertaining to the number and placement of bee hives on a property.

“When I learned that beekeepers were frequently told by their local governments that beekeeping would be banned outright, I knew something needed to change,” Grooms said. “Placing some regulations on beehives is reasonable, but the last thing we want to see is a decrease in our bee population. This law supports Indiana’s beekeepers, and I’m excited to see this industry grow.”

State Rep. Karen Engleman (R-Georgetown), who supported the legislation and attended the bill signing at the governor’s residence, said a healthy bee population is crucial to cultivating crops.

“When most people think of bees, they think of honey,” Engleman said. “But bees are critical to our ecosystem and food supply. Without bees pollinating nuts, fruits and vegetables, Indiana’s farming industry would take a huge hit. It is encouraging to see many Hoosiers investing in our bee population.”

According to The Beekeepers of Indiana (TBOI), there are more than 32 beekeeping clubs across the state helping to educate the public on the importance of bees. John Schellenberger, vice president of TBOI and a Floyd County commissioner, approached Grooms and Clere about potential legislation last fall after learning of cities and towns across the state trying to ban beekeeping within their communities.

“This law creates commonsense guidelines for local communities,” Schellenberger said. “By providing flexibility for beekeepers to maintain beehives on their property, Indiana can continue supporting and growing the honey bee population.  We have seen an increase in beekeeping, especially among women, which is really great.  This bee-friendly legislation will help to increase the number of beekeepers and bee colonies with reasonable restrictions regarding placement of bee colonies and the number of bee colonies on ones property, and not prohibiting beekeeping. We appreciate Senator Grooms’ and Representative Clere’s leadership on this effort.”

The governor’s residence has housed a honey bee hive on the property since 2014.

“Whether it’s on the roof of the Notre Dame Cathedral or in the governor’s backyard, honey bees can and do thrive in populated areas,” Clere said. “Properly managed, they are rarely even noticed, but we all enjoy the fruits of their labor.”