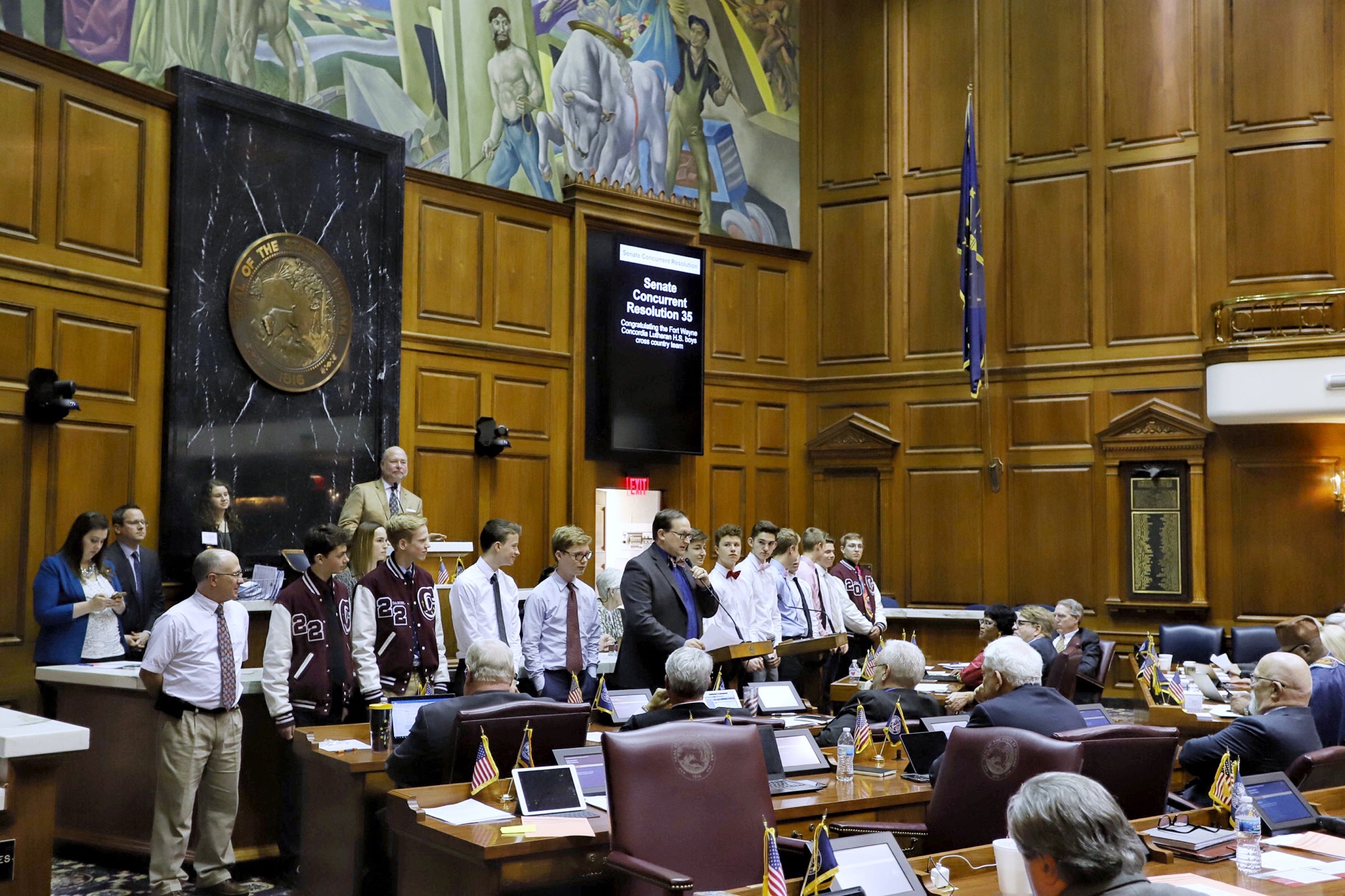 “Bringing home the state title in any sport is special, but to be the first team to accomplish that goal for their school in their particular sport is outstanding,” Carbaugh said. “This team worked hard in the offseason after taking fourth the previous year, and overcame the defending state champion in a truly impressive effort.”

Gibson was honored as the Class 3A Runner of the Year for his efforts and Kropf, Whicker and Schlegel were all named IHSAA First Team All-State.

The team swept through the tournament, winning the sectional, regional and semi-state championships before claiming the state title.

District 81, which includes a portion of Allen County.