Braun honors Banker of the Year at Statehouse 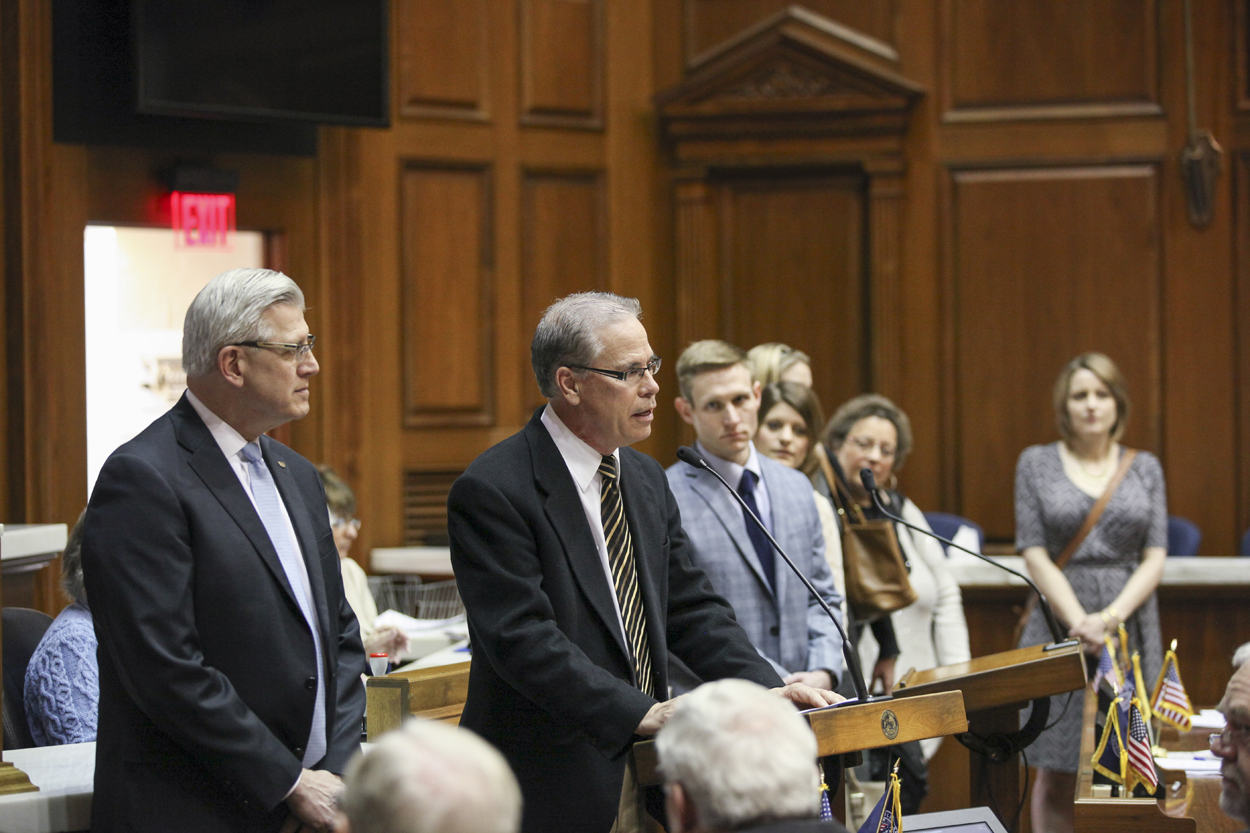 STATEHOUSE (March 13, 2017) – State Rep. Mike Braun (R-Jasper) today honored Jasper resident Mark Schroeder with a resolution for his designation as a 2016 Community Banker of the Year.

“German American is a business pillar in our community, contributing to the local economy, investing in area development and giving back to the people of southwest Indiana,” Braun said. “Under Mark’s leadership, the company has had six consecutive years of record earnings, growing into one of the most consistently profitable banks in the country. His 45-year career at German American is marked by outstanding success, and I’m honored to recognize him as one of the top community bankers in the nation.”

To celebrate his achievements, Schroeder was one of 12 community bankers in the nation to be invited to the White House to discuss small business lending and the banking industry.

A high-resolution photo of Braun can be downloaded by clicking here.