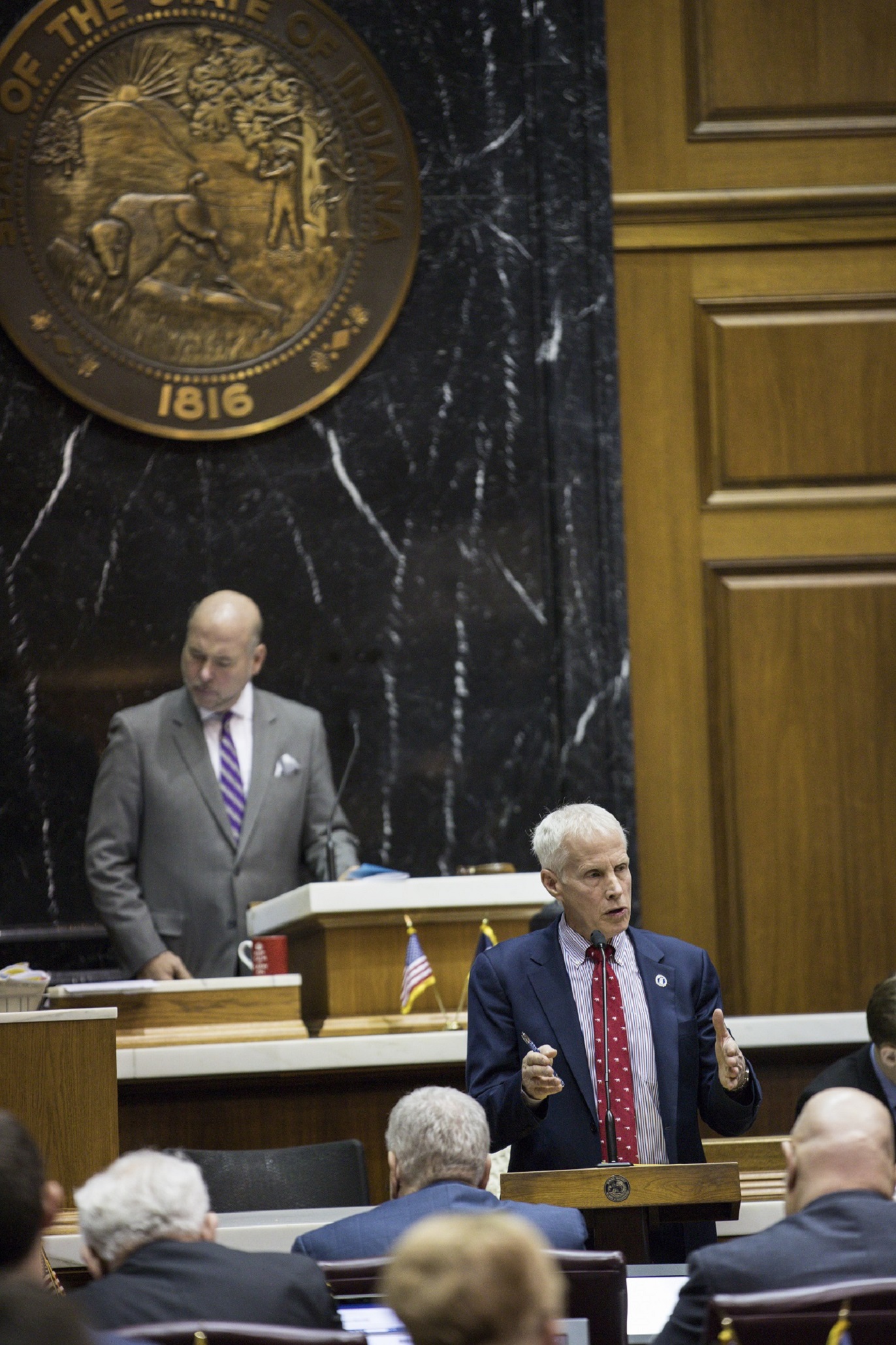 House Bill 1426 would take Indiana’s current four diploma options and create a single diploma with general, Core 40, Core 40 with academic honors or Core 40 with technical honors designations. Behning’s proposal would make the Core 40 designation the default diploma. There would also be an additional diploma option for students with severe disabilities.

“Ensuring students are prepared for the ultra-competitive, global workforce once they graduate is a serious issue,” said Behning, chair of the House Committee on Education. “Our current, one-size-fits-all graduation system does not fully prepare students for every option available after high school. By empowering students to determine the academic and career path that most interests them, they will find greater success in their post-high school plans, whether that be in a job or at college.”

Behning said working toward and obtaining a college-or-career-ready diploma is not a straightforward process for all Hoosier students. According to Behning, one of the barriers for many students achieving the current Core 40 diploma is the Algebra II math requirement, a high-level math course not necessary for every student’s post-secondary plans. This legislation would give the State Board of Education the flexibility to consider other, more career-appropriate math course requirements.

To eliminate unnecessary testing, this legislation would also replace multiple End-of-Course Assessments with a single, nationally recognized college entrance exam like the ACT or SAT.

Behning served on the State Board of Education’s Graduation Pathway panel along with education and business leaders from across the state. In November, the panel made several recommendations, including creating a single statewide diploma and replacing ECAs with the ACT or SAT.

PICTURED: State Rep. Bob Behning (R-Indianapolis) presents his legislation creating a single Indiana diploma to the House of Representatives on Monday, Feb. 5, 2018, at the Statehouse in Indianapolis. Behning’s legislation can now be considered by the Senate.