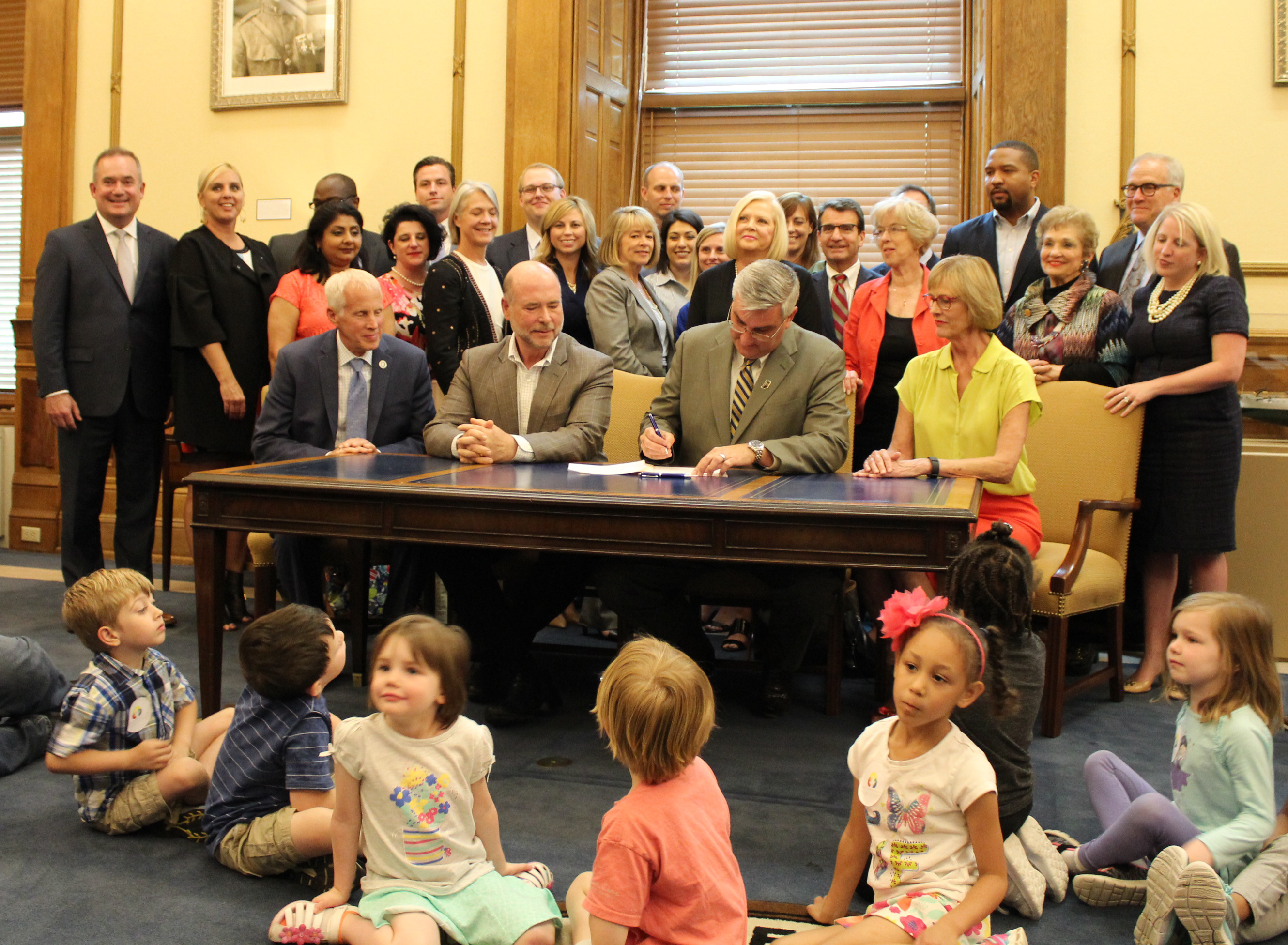 House Enrolled Act 1004 expands the state’s pilot pre-K program, On My Way Pre-K, from five counties to 20. This measure will double the amount of low-income families who could benefit from the program. On My Way Pre-K was established in 2014 and currently serves nearly 2,300 students in Allen, Lake, Marion, Jackson and Vanderburgh counties.

“It’s been estimated that an additional 2,300 at-risk Hoosiers could be served in these new counties,” said Behning, chair of the House Committee on Education. “Students who participate in pre-K or similar programs have a jump start on their academic careers. Without some form of early education, 4-year-olds from low-income families often come to kindergarten not ready to learn alongside their classmates, potentially leading to an achievement gap that can still be present at age 10.”

On My Way Pre-K’s eligibility requirements and income threshold will remain the same at 127 percent of the federal poverty level. However, for the five original counties, if programs are at capacity, the Indiana Family and Social Services Administration can raise the income eligibility to 185 percent of the federal poverty level to reach more low-income families in these higher cost-of-living communities. Even with these revised eligibility requirements, Behning said top priority will still be given to children who are most in need.

To find out more about Indiana’s early education programs and to learn about eligibility requirements, visit www.in.gov/fssa and click on Early Learning/Child Care.