Behning recognizes 2020 Plainfield teacher of the year at Statehouse 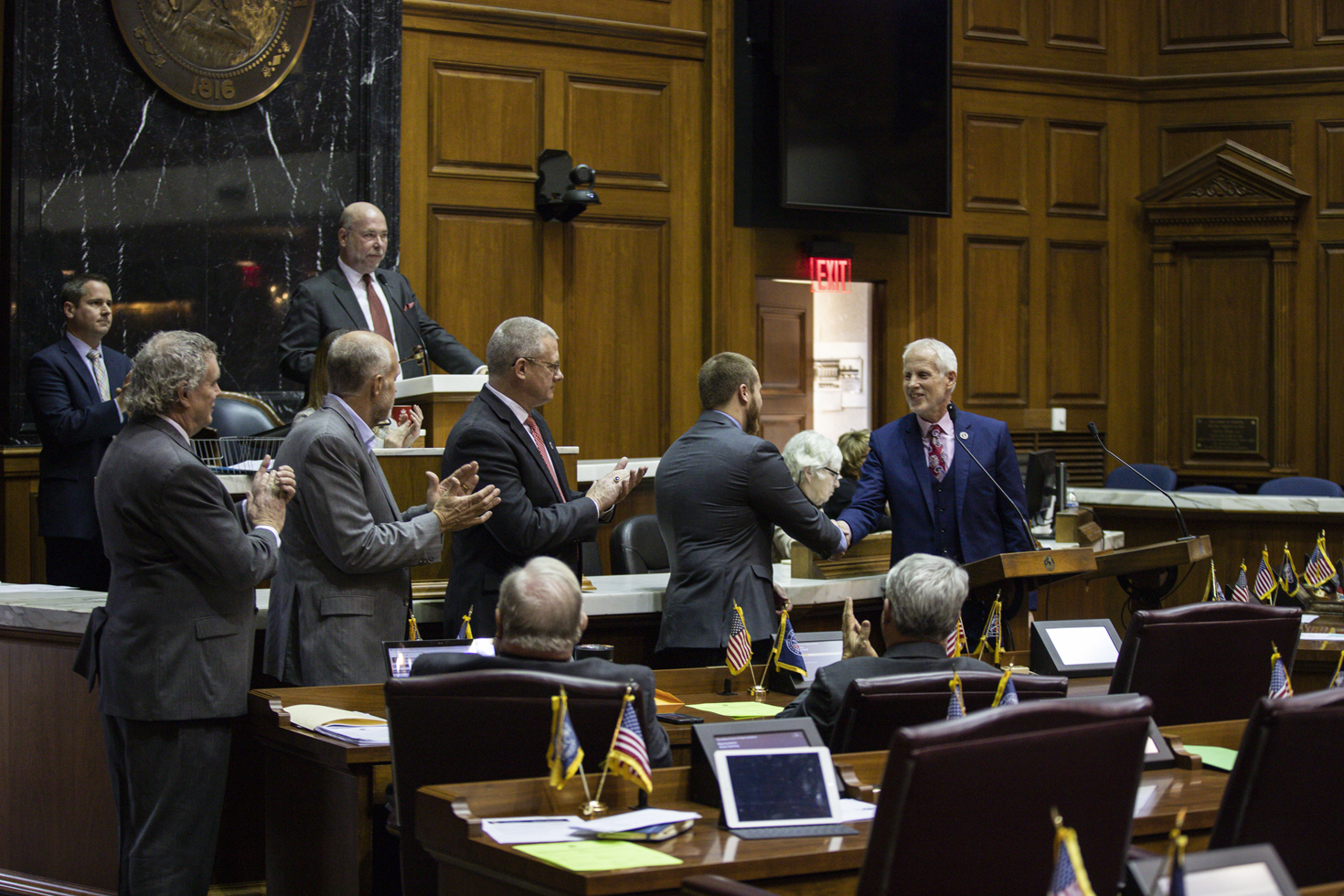 Ferguson teaches CHAP (Cultural History of the American People), We the People, Dual Credit U.S. History and Advanced Placement Government at Plainfield High School, where he has been an educator for six years.

“Mr. Ferguson is engaged in student learning at every level and heavily involved in extracurricular activities,” Behning said. “His passion for teaching young Hoosiers about our state and country’s history and his involvement with We the People, inspires the next generation to get involved in their government. Not only does he teach his students about our past, but he also encourages them to give back to the community.”

As the sponsor of the Riley Dance Marathon Program at Plainfield High School, Ferguson helped students raise more than $23,000 this year for the Riley Hospital for Children. He is also the sponsor for the National Honor Society and serves on several committees.

A committee of Plainfield parents, teachers, administrators and school board members conducted final interviews of elementary, middle and high school candidates before naming Ferguson Plainfield Community School Corp. Teacher of the Year. He is the 30th educator to receive this title.