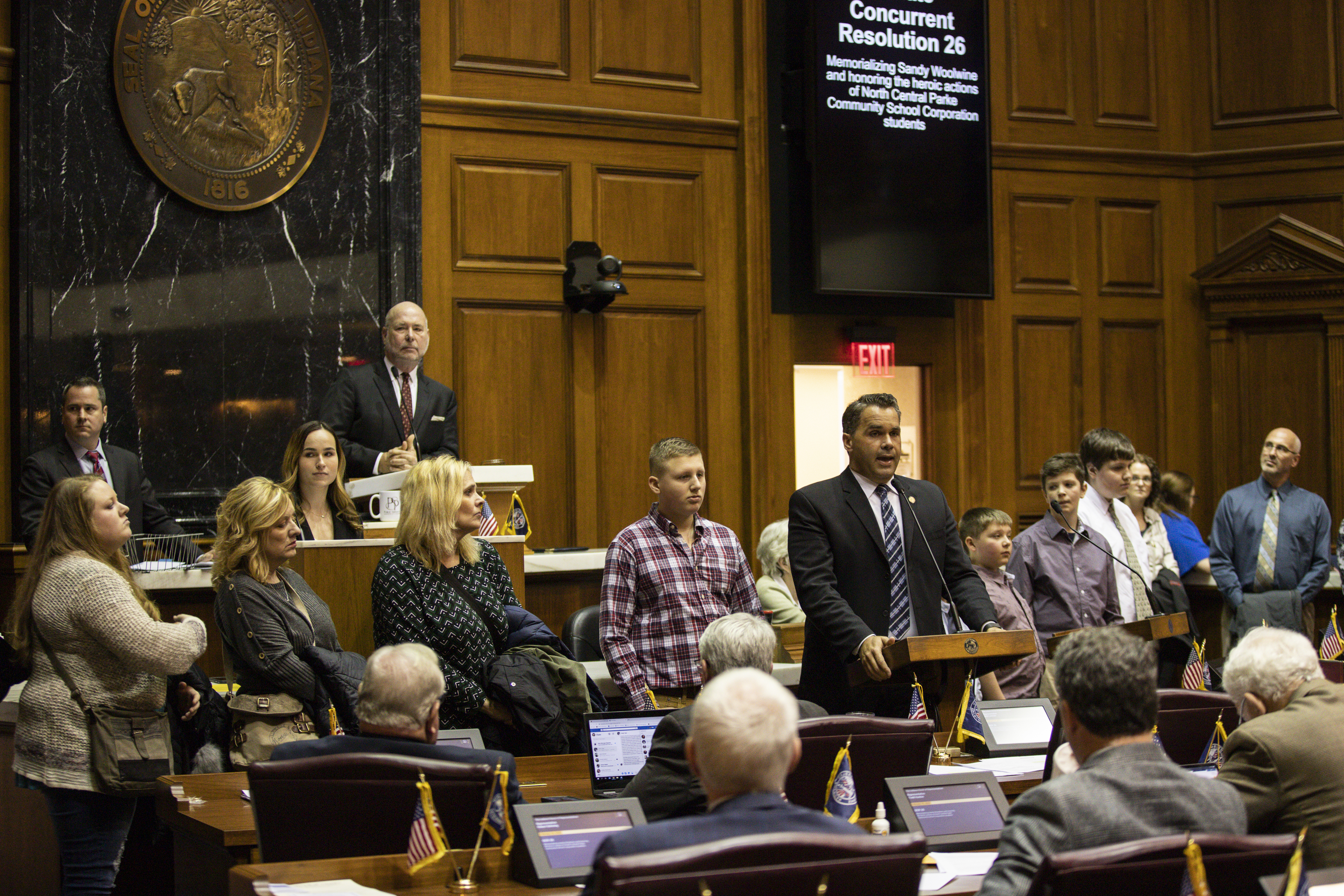 On Jan. 6, five elementary and middle school students leapt into action when their bus driver, Sandy Woolwine, became ill during her afternoon route. Woolwine immediately pulled her bus over and turned it off, and one of the children quickly called 911 as another held Woolwine’s hand to comfort and assure her help was on the way. Tragically, EMS was unable to revive Woolwine. She was 64.

Students on the bus at the time of the incident were:

“Losing Sandy has hurt the North Central Parke community, as she was loved and respected by so many there,” Morrison said. “Solace can be taken in knowing these brave students provided comfort and did all they could to help her.”

Baird presented the resolution on the House floor. All five students were introduced and a moment of silence was taken in Woolwine’s memory.

“Sandy protected the lives of her passengers to the end,” Baird said. “While we wish the outcome could be different, it’s important we recognize these students’ actions in such a stressful situation.”

A resident of Kingman, Woolwine was active at Rush Creek Friends Church, and sang and played drums in numerous local bands.

For more information on this resolution, visit iga.in.gov.