According to Baird, the Brilliant Firefly award is named after the official state insect, the Say’s Firefly, and was created by Crouch to honor young Hoosiers who have shown exceptional academic achievement and community leadership.

“Jocelyn is an inspiration to her peers and fellow citizens for volunteering in her community and engaging in multiple projects,” Baird said. “I’m honored to present her this award for being an exemplary role model.”

A Fillmore student, Nobbe competed against 200 contestants in July to win the national title of 2020 World’s Jr. Miss Tourism, which is an all-natural, charity-based pageant that focuses on community service, including veterans and charities that help children and adults in need.

Nobbe frequently volunteers for veterans’ causes in honor of her father, who served in the military. She is also active in Girl Scouts. As part of her title as World’s Jr. Miss Tourism, Nobbe enjoys visiting state parks to learn more about Indiana. 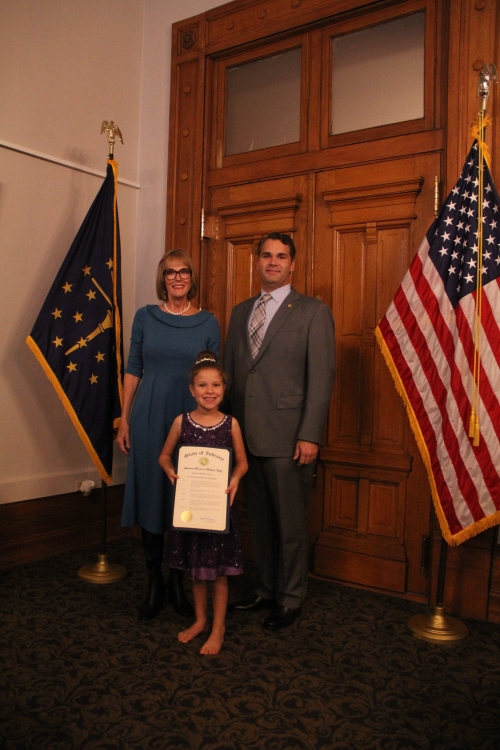