Bacon said that in 12 out of the last 13 years, the Castle Knights won the state championship, with the team winning the national championship two years in a row.

“This archery team is committed to success, and the results speak for themselves,” Bacon said. “Their archery program helps students build confidence, making them good students, athletes and community members.”

According to Bacon, with a score of 3,480 out of 3,600 at the national championship, the Knights were the highest among 263 teams from across the nation.

Each archer on the team earned a $1,000 scholarship for their achievement.

CAPTION: State Rep. Ron Bacon (R-Chandler) (podium) recognizes the Castle High School archery team for winning 12 state championships and a second-consecutive national championship in the House Chamber with a resolution on Monday, Jan. 27, 2020, at the Statehouse in Indianapolis. 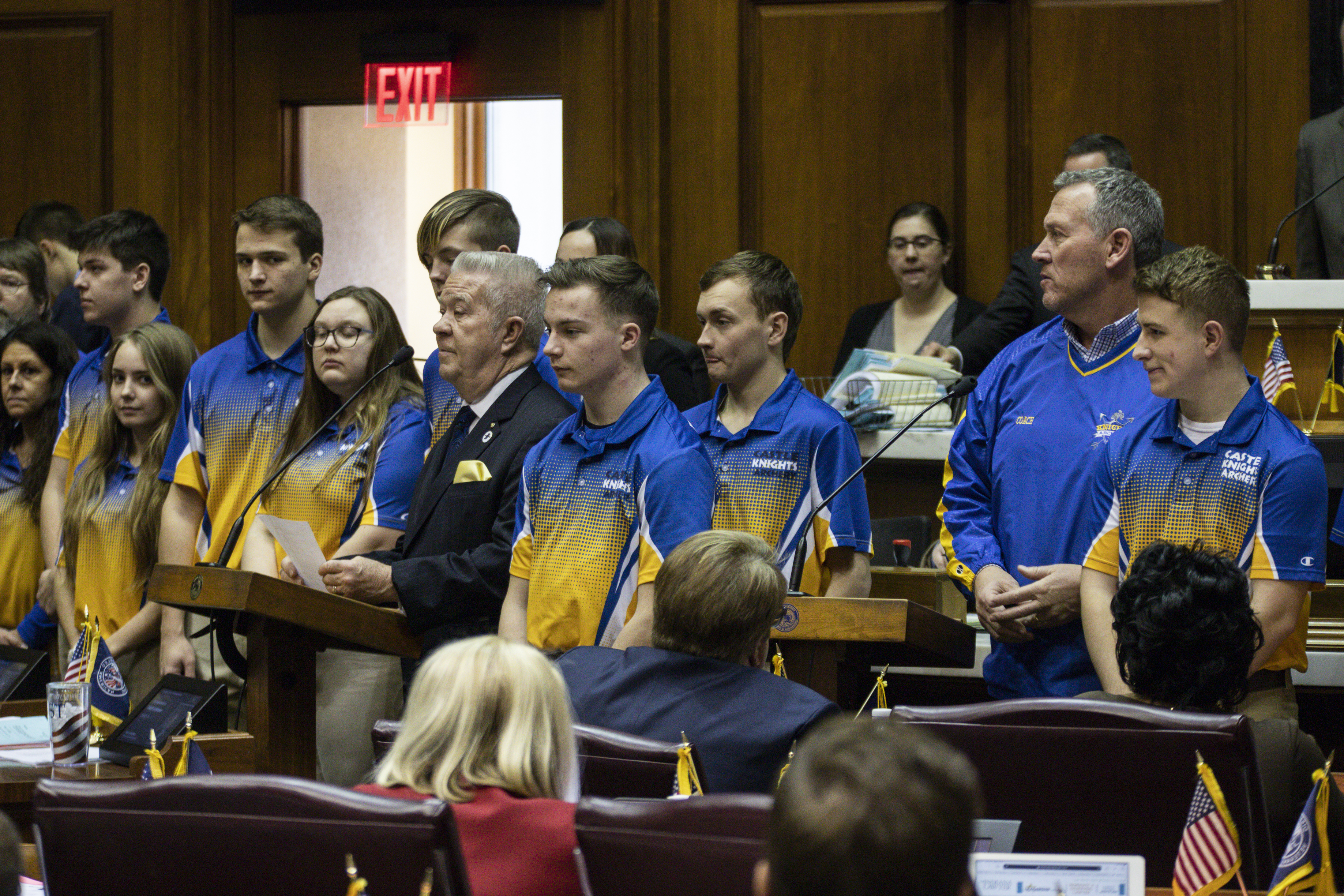