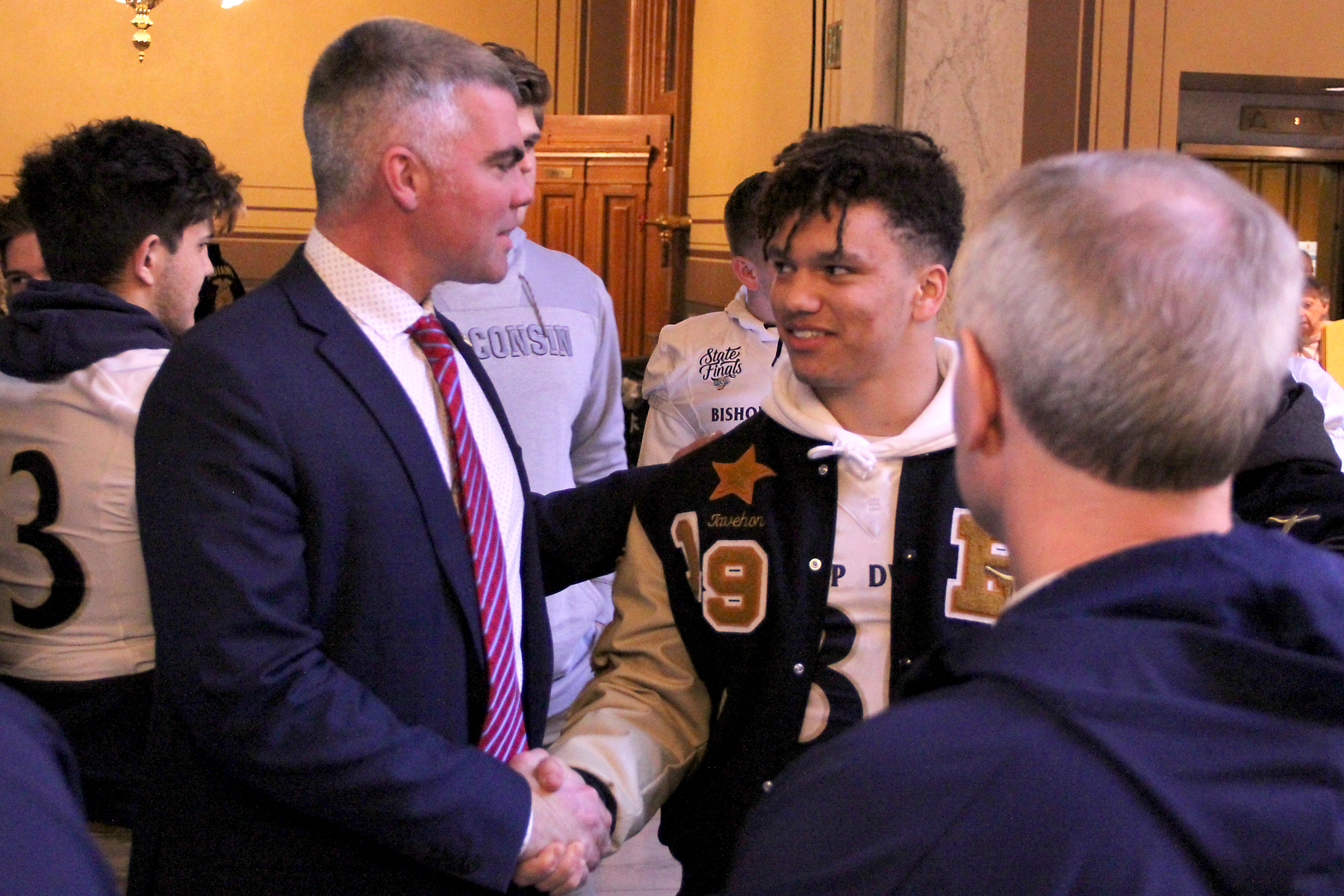 The team won the 2018 Indiana High School Athletic Association Class 4A state championship title with a 16-10 victory over Evansville Central and Sen. Brown and Rep. Morris presented the team with a joint resolution.

Bishop Dwenger averaged over 29 points per game in its playoff run while holding its opponents to under 10 points per contest. With the championship game knotted in a scoreless tie after regulation, the Saints’ defense stayed true to their post-season form and gave up just 10 points in a four-overtime thriller. Bishop Dwenger’s offense broke through to win in the final overtime after its defense intercepted an Evansville Central pass, thwarting the Bears’ touchdown attempt.

“The resiliency these young men and coaches showed on the football field at Lucas Oil Stadium that day exemplifies their outstanding 14-1 season,” Morris said. “Drawing a parallel to sports and life is sometimes very easy, as is the case here. These players take with them the understanding of never giving up under tough circumstances, and that lesson will serve them well as they continue to grow as young adults.”

Bishop Dwenger held off an Evansville Central offensive juggernaut that was averaging more than 34 points per game in the playoffs, and over 40 in the regular season, to just 10 in the state final. The Bears were able to put up a field goal and touchdown in the first and third overtimes before the Saint’s defense closed them out for good.

“I would like to congratulate the Bishop Dwenger football team on this great achievement,” Brown said. “The persistence and dedication these young men demonstrated both on and off the field showed as their hard work presented with a victorious win.”

The IHSAA awarded Bishop Dwenger senior captain and linebacker T.J. McGarry with the Phil N. Eskew Mental Attitude Award following the game. The recipients of this award, nominated by their principal and coach, are determined to have best demonstrated mental attitude, scholarship, leadership and athletic ability in football. The Indianapolis Colts presented $1,000 to the Bishop Dwenger’s general scholarship fund.

District 83, which includes a portion of Allen County.