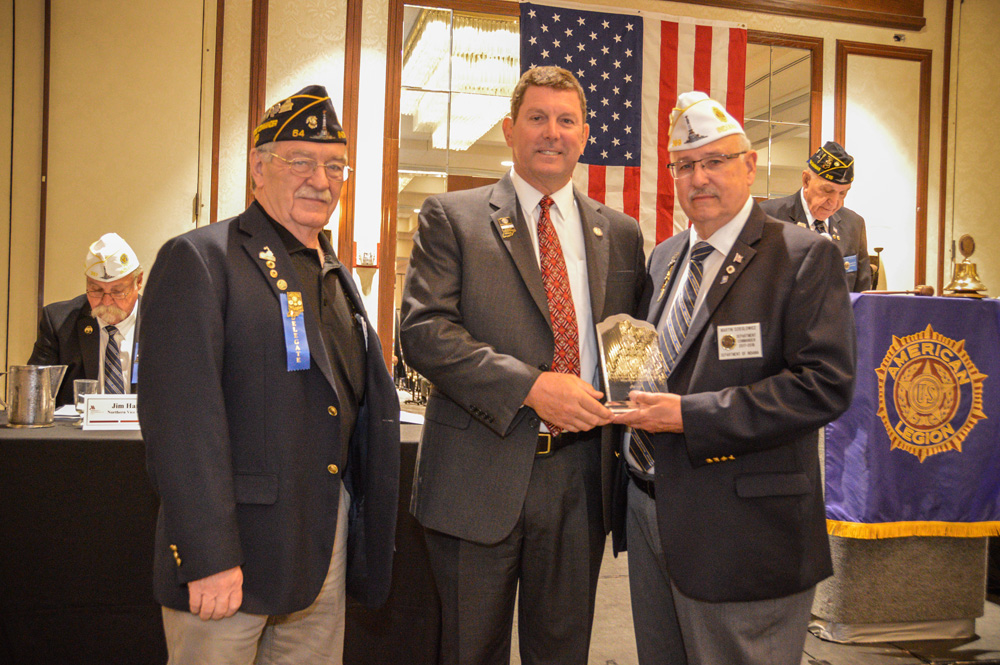 STATEHOUSE (July 17, 2018) – State Rep. Jim Lucas (R-Seymour) on Saturday received the Distinguished Public Service Award from the American Legion Department of Indiana for his work on behalf of Hoosier veterans.

The Legion is a community created by veterans committed to the welfare of service men and women and their families. Members serve on local, state and national levels, working on issues like veteran affairs and rehabilitation, employment and education.

“Veterans deserve a voice,” Lucas said. “I understand the sacrifices that these men and women make for our community, state and country. It is important they have an advocate at the Statehouse who understands what they have experienced.”

Lucas, a veteran of the United States Marine Corps and Legion member, is a leader in trying to bring medical cannabis to Indiana. This is a major issue for veterans and is supported by the Legion and over 80 percent of its membership.

Lucas also supported a new law this session requiring state colleges and universities to provide military students a tuition refund, tuition credit or the opportunity to re-enroll if they are called to active duty. To make it easier for veterans to qualify for educational assistance, benefits they receive for their service will not be considered when determining their eligibility for needs-based financial aid.