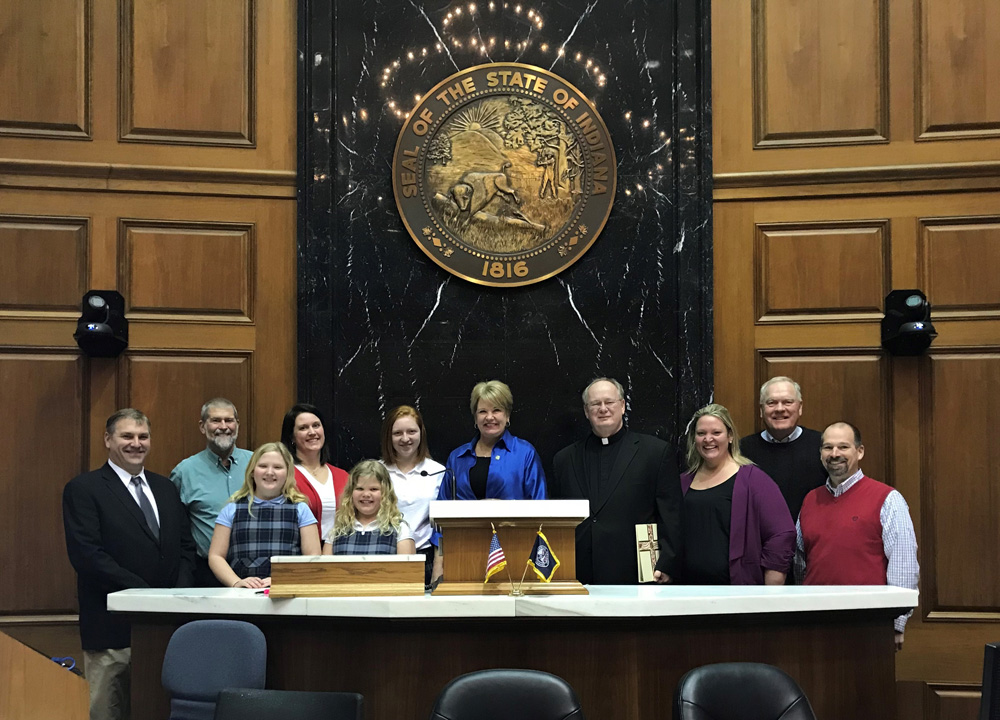 In 1867, the residents of Batesville pledged money for the construction of the St. Louis Catholic Church, originally named St. Ludwig’s. Reverend John Paul Gillig was appointed as the church’s first pastor in 1868, but the first service was not held until Sept. 18, 1870, with The Very Reverend Otto Jair. All sermons, prayers and announcements were spoken in German until 1887.

“St. Louis Catholic serves as one of the original building blocks of our community,” Ziemke said. “It serves as a reminder of the hard work and dedication that went in to the town of Batesville.”

According to Ziemke, St. Louis Catholic Church currently serves as both a church to the community and a school to approximately 420 students ranging from kindergarten to eighth grade.

Events for the sesquicentennial celebration will be held throughout the year with an anniversary mass and reception on Oct. 28, 2018.

A high-resolution photo of Ziemke can be downloaded by clicking here.

Pictured: State Rep. Cindy Ziemke (R-Batesville) recognizes Batesville’s St. Louis Catholic Church for their 150th anniversary on Wednesday, March 7, 2018, at the Statehouse. Ziemke welcomed church members on the floor of the House of Representatives and gave them a tour of the Statehouse.