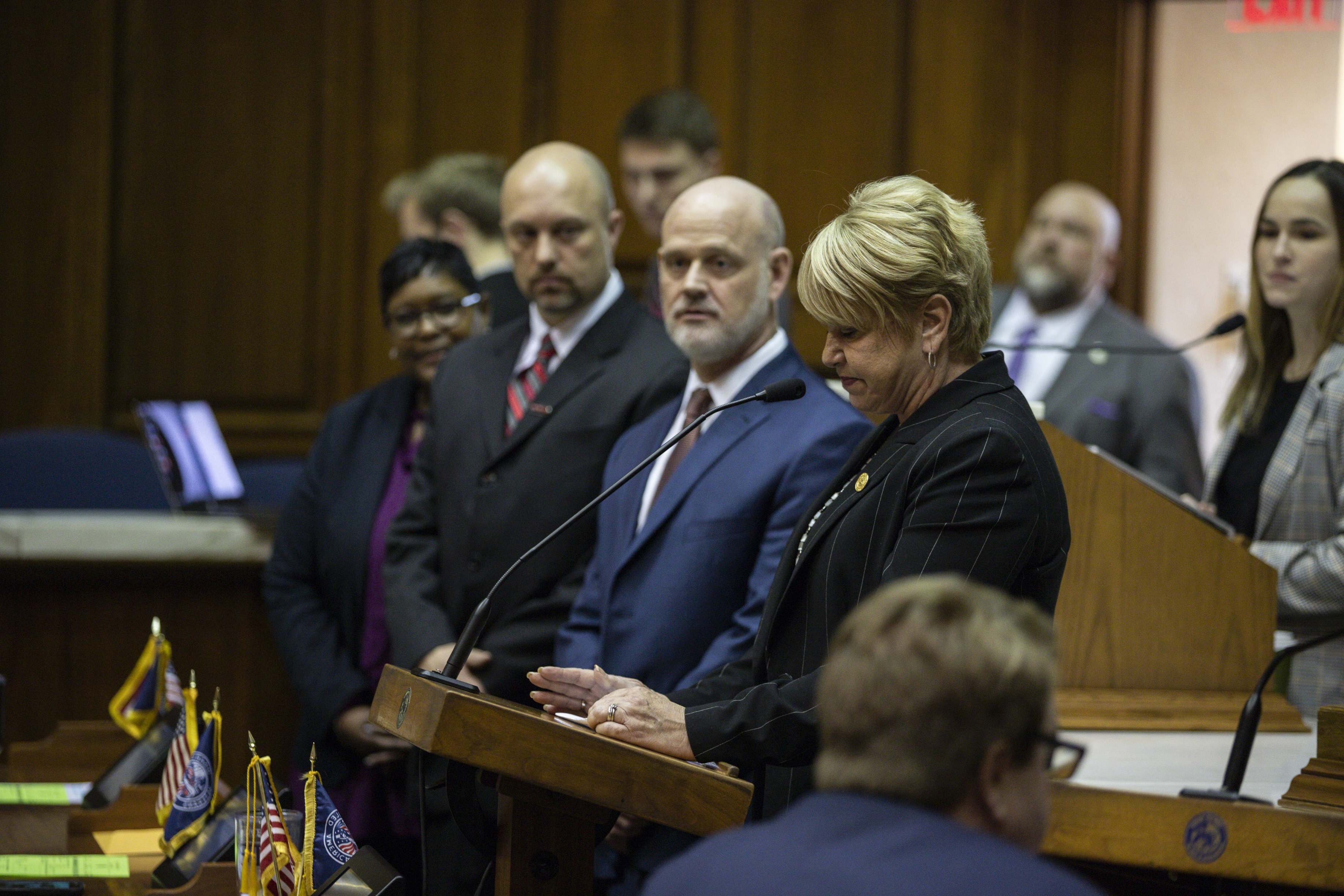 STATEHOUSE (Feb. 12, 2020) – State Rep. Cindy Ziemke (R-Batesville) recently honored Honda Manufacturing of Indiana with a resolution at the Indiana Statehouse for producing its 2 millionth vehicle in Greensburg and its contributions to the community.

According to Ziemke, Honda produced more than 2 million vehicles since production began in October of 2008, with workers building the milestone car, a crystal black pearl CR-V, on May 31, 2019.

“I remember in 2006 when it was announced that Honda was coming to Greensburg,” Ziemke said. “It was the biggest news. They were a big deal then and they are a bigger deal now as they continue to be one of the largest contributors and assets to our local economy. Gov. Mitch Daniels said bringing Honda to Indiana was one of his most significant achievements, and my district and I are grateful they were able to come to Greensburg.”

Ziemke said Honda’s contribution to the community continues, as the company has announced a $4 million expansion that will add 54 jobs to the plant’s operations and expand the Honda-Greensburg portfolio to include production of the CR-V Hybrid, which began being assembled this month.

“The products we make in Indiana are among Honda’s most popular and most successful,” said Tim Myers, senior vice president of HMIN. “And we’re leading the way in electrification, which is the future of automotive manufacturing.”

Honda Manufacturing of Indiana employs more than 2,500 Hoosiers, represents more than $1 billion in capital investment and has the capacity to produce 250,000 vehicles a year.

CAPTION: State Rep. Cindy Ziemke (R-Batesville) honors Honda Manufacturing of Indiana for producing its 2 millionth vehicle at its Greensburg plant on Tuesday, Feb. 11, 2020, at the Indiana Statehouse. HMIN produces a Honda vehicle every 58 seconds, which equals 250,000 vehicles each year.