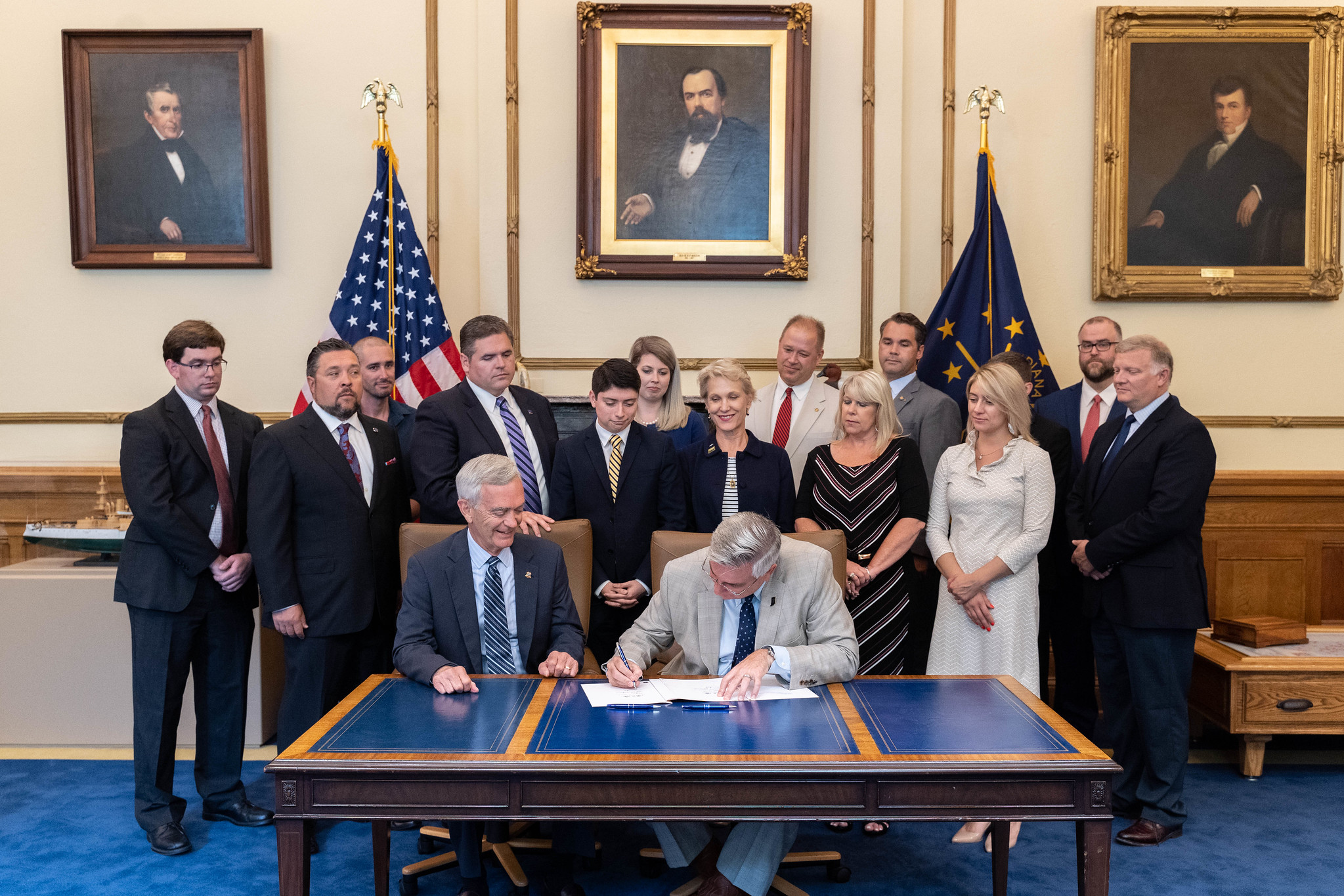 One new law reduces medical obstacles for military families who have children with disabilities.

“The average military family will move six to nine times,” said Zent, a veteran of the U.S. Army and U.S. Air Force. “For families who have a child with disabilities, this can create a serious challenge trying to get the necessary medical care.”

According to Zent, the new law prioritizes access to the Family Supports Waiver and shortens the wait time for military children with disabilities. These waivers help individuals receive medical care at home or in a community setting based on their needs. Previously, military families locating to Indiana would be placed at the end of the waiting list for waivers, delaying important services for their children.

Zent worked on the legislation with the Indiana Veterans Affairs Commission.

“Frequent moves are challenging under the best of circumstances but especially with loved ones with disabilities,” said Major General Erika Steuterman, chair of the Indiana Veterans Affairs Commission. “As a veteran who has two daughters with disabilities, I can't express how much relief it is to know that when a military family moves to Indiana, whether to serve or retire, the family won't go to the bottom of the list for assistance for their loved ones.”

Another new law ensures the Office of Judicial Administration can work with the United States Department of Veterans Affairs to identify and address the needs of veterans in the court system.

“When some veterans return home from deployment, they struggle to adapt back to civilian life,” Zent said. “Many veterans deal with post-traumatic stress and may be triggered by certain everyday events that would not normally affect the average person, and get in trouble with the law. We should work with these veterans to ensure they have the resources they need to adjust to being home so they don’t get lost or stuck in the legal system without support.”

which includes most of LaGrange and Steuben counties.